Risks of Feeding Formula to Your Infant 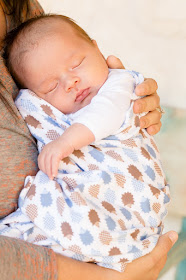 Much has been said about the benefits of breastfeeding your infant. But what are the risks when choosing the formula alternative?

Infant formula has come a long way from its beginnings in 1865. A chemist, Justus von Liebig, developed and marketed the first infant food, powdered for longer life. Liebig's powdered formula contained cow's milk, malt flour, wheat, and potassium bicarbonate. And from there, the foundation for today's formula was laid. But what risks arise when using instant formula for infants? We'll take a closer look.

In January 2018, Bloomberg ran an article noting that China had removed 1,400 baby formula products from off their shelves. New regulations put stricter safety inspections in place, which means that those products had failed such tests.

Powdered formulas run the risk of contamination by sources within the production line. Stricter guidelines and regulations help to minimize such occurrences in the US, but do not catch every case. If you suspect a brand of infant formula contamination, talk to a personal injury attorney.

Deficiencies in nutrients for infants

On the protein side of things, Dr. Sears notes that formula protein typically contains no lactoferrin, or only a trace of this needed protein. Nor does it contain lysozyme. Formula is then a deficient source for brain and body building needs. It also does not have as many sleep-boosting proteins.

When a mother is exposed to bacteria or germs, her body creates antibodies to combat it. These antibodies are passed on to her infant through her milk. Infant formula, however, contains no immune-boosting white blood cells.

Vitamins and minerals are highly present in breast milk, as well as being easier for infants to absorb. To make up for this, formula companies try to boost the vitamin content of formula, but this makes it hard for infant stomachs to absorb and digest.

The European Food Safety Authority noted that the potential for multiplication of microbes in infant formula is high. Micro-organisms often form during the time prior to the consumption of reconstituted formula if care is not given.

To avoid contaminating formula and causing a microbiological risk to the baby's health, they advise the following:


Using formula comes with the need for strict adherence to guidelines to provide a safe dietary source for infants. Thus, it can be a tall order for parents to follow.

According to the World Health Organization, breastfeeding is unequaled as a food source for infants. They globally recommend that infants, for the first six months, only drink human milk for optimal development, if not from babies mother, from a donor mom, such as those at Human Milk 4 Human Babies and Eats On Feets (mother to mother milksharing).

They further suggest that breastfeeding continue for up to 2 years and longer. After which, it can be supplemented by other safe foods. Breast milk is so integral to an infant's health, WHO notes infants are vulnerable when complementary foods are introduced.

For those few instances when mothers are unable to breastfeed, WHO suggests expressed breast milk as the best alternative. If this is not possible due to extreme circumstances, a wet nurse or another source of human milk should be found. Infant formula should be seen as a last resort. 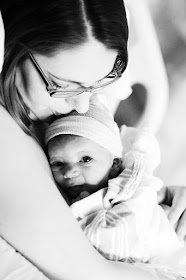