Words of Wisdom and Encouragement 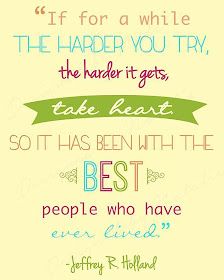 "If for a while the harder you try, the harder it gets, take heart; so it has been with the best people who have ever lived." -Jeffrey R. Holland 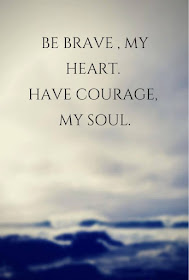 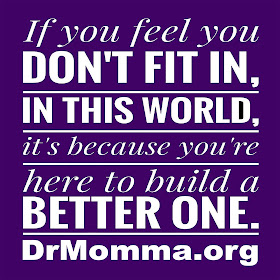 If you feel you don't fit in, in this world, it's because you're here to build a better one. 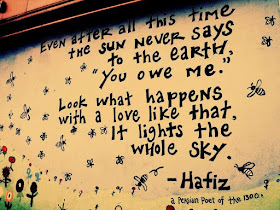 "Even after all this time, the sun never says to the earth, 'You owe me.'
Look what happens with a love like that - it lights the whole sky." -Hafiz, The Gift 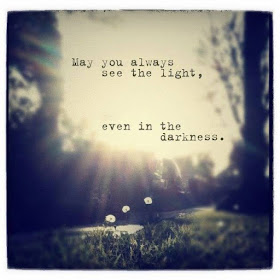 May you always see the light, even in the darkness. 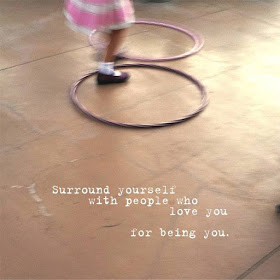 Surround yourself with people who love you for being you. 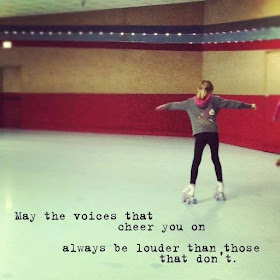 May the voices that cheer you on, always be louder than those that don't. 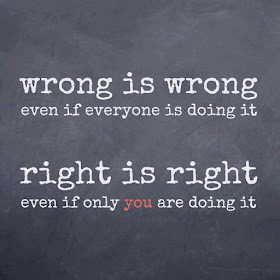 Wrong is wrong, even if everyone is doing it.
Right is right, even if only YOU are doing it. 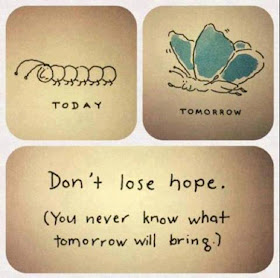 Today, a caterpillar. Tomorrow, a butterfly.
Don't lose hope. You never know what tomorrow will bring. 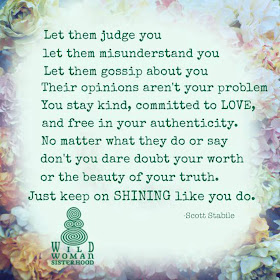 "Let them judge you. Let them misunderstand you. Let them gossip about you. Their opinions aren't your problem. You stay kind, committed to LOVE, and free in your authenticity. No matter what they do or say, don't you dare doubt your worth or the beauty of your truth. Just keep on SHINING like you do." -Scott Stabile 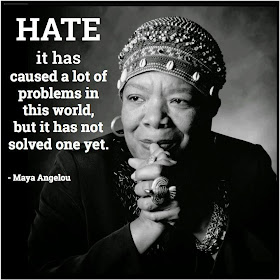 "Hate has caused a lot of problems in this world, but it has not solved one yet." -Maya Angelou 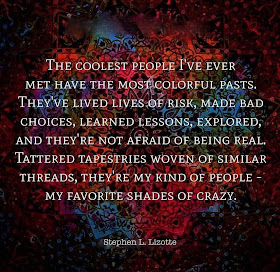 "The coolest people I've ever met have the most colorful pasts. They've lived lives of risk, made bad choices, learned lessons, explored, and they're not afraid of being real. Tattered tapestries woven of similar threads, they're my kind of people - my favorite shades of crazy." -Stephen L. Lizotte 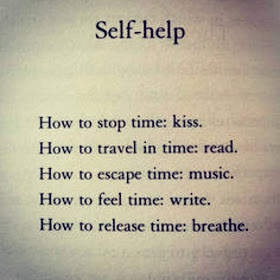 Self-help
How to stop time: kiss.
How to travel in time: read.
How to escape time: music.
How to feel time: write.
How to release time: breathe. 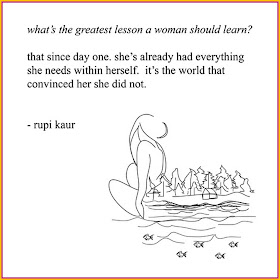 What's the greatest lesson a woman should learn? That since Day One she's already had everything she needs within herself. It's the world that convinced her she did not. -Rupi Kaur 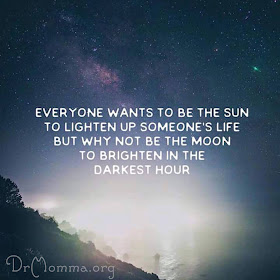 Everyone wants to be the sun to lighten up someone's life; but why not be the moon to brighten in the darkest hour... 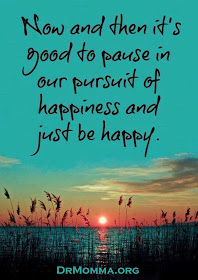 Now and then it's good to pause in our pursuit of happiness and just be happy. 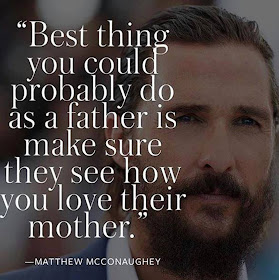 "The best thing you can do as a father is make sure they see how you love their mother." -Matthew McConaughey 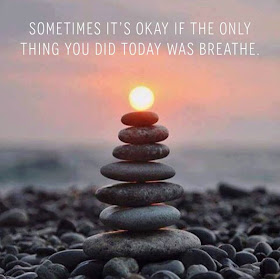 Sometimes it's okay if the only thing you did today was breathe. 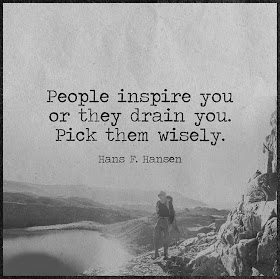 People inspire you or they drain you. Pick them wisely. -Hans F. Hansen

Love, that is to nurse 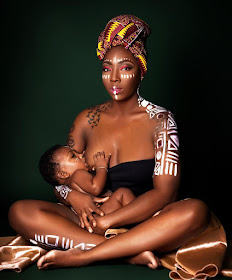 No safer place in the world,
No better place to rest.
No calmer harbour can be found,
Than that of Mother’s breast.

No poetry brings it justice,
No rhyme or ancient verse.
One word only can love describe,
Love, that is to nurse. 💛

When Pink Was For Boys, Blue For Girls, Dresses for All

By Jeanne Maglaty for Smithsonian
Read More at SmithsonianMag.com
At Peaceful Parenting with permission.

Franklin D. Roosevelt in pastel pink and white, New York, 1884.
Common dress and appearance for young boys at this time in U.S. history.

Little Franklin Delano Roosevelt sits primly on a stool, his white skirt spread smoothly over his lap, his hands clasping a hat trimmed with a marabou feather. Shoulder-length hair and patent leather party shoes complete the ensemble. Some may find the look unsettling today, yet social convention of 1884, when FDR was photographed at age 2 1/2, dictated that boys wore dresses until age 6 or 7, also the time of their first haircut.

Franklin’s outfit was considered gender-neutral. But nowadays "people just have to know the sex of a baby or young child at first glance," says Jo B. Paoletti, a historian at the University of Maryland and author of Pink and Blue: Telling the Girls From the Boys in America. Thus we see, for example, a pink headband encircling the bald head of an infant girl. Why have young children’s clothing styles changed so dramatically? How did we end up with two “teams”—boys in blue and girls in pink? 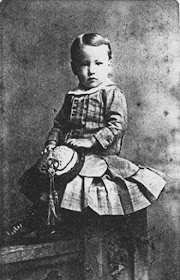 “It’s really a story of what happened to neutral clothing,” says Paoletti, who has explored the meaning of children’s clothing for 30 years. For centuries, she says, all children wore dainty white dresses up to age 6. “What was once a matter of practicality—you dress your baby in white dresses and diapers; white cotton can be bleached—became a matter of 'Oh my, if I dress my baby in the wrong thing, they’ll grow up perverted!'" Paoletti says.

The march toward gender-specific clothes was neither linear nor rapid. Pink and blue arrived, along with other pastels, as colors for babies in the mid-19th century, yet the two colors were not promoted as gender signifiers until just before World War I—and even then, it took time for popular culture to sort things out. For example, a June 1918 article from the trade publication Earnshaw’s Infants’ Department stated, "The generally accepted rule is pink for the boys, and blue for the girls. The reason is that pink, being a more decided and stronger color, is more suitable for the boy, while blue, which is more delicate and dainty, is prettier for the girl." Other sources said blue was flattering for blonds, pink for brunettes; or blue was for blue-eyed babies, pink for brown-eyed babies, according to Paoletti.

In 1927, Time magazine printed a chart showing sex-appropriate colors for girls and boys according to leading U.S. stores. In Boston, Filene’s told parents to dress boys in pink. So did Best & Co. in New York City, Halle’s in Cleveland, and Marshall Field in Chicago. Today’s color dictate wasn’t established until the 1940s, as a result of Americans’ preferences as interpreted by manufacturers and retailers. “It could have gone the other way,” Paoletti says. So the baby boomers were raised in gender-specific clothing. Boys dressed like their fathers, girls like their mothers. Girls had to wear dresses to school, though unadorned styles and tomboy play clothes were acceptable.

When the women’s liberation movement kicked things up in the mid-1960s, a more unisex look became the rage—but completely reversed from the time of young Franklin Roosevelt. Now young girls were dressing in masculine—or at least stereotypic 'unfeminine'—styles, devoid of gender hints. Paoletti found that in the 1970s, the Sears, Roebuck catalog pictured no pink toddler clothing for two years. "One of the ways [activists at the time] thought that girls were kind of lured into subservient roles as women was through gendered clothing," says Paoletti. "If we dress our girls more like boys and less like frilly little girls . . . they are going to have more options and feel freer to be active." 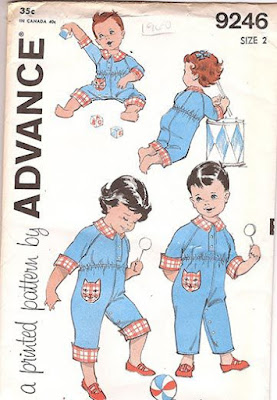 John Money, a sexual identity researcher at Johns Hopkins Hospital in Baltimore, argued that gender was primarily learned through social and environmental cues. "This was one of the drivers back in the ’70s of the argument that it’s 'nurture not nature,'" Paoletti says. Gender-neutral clothing remained popular until about 1985. Paoletti remembers that year distinctly because it was between the births of her children, a girl in ’82 and a boy in ’86. "All of a sudden it wasn’t just a blue overall; it was a blue overall with a teddy bear holding a football," she says. Disposable diapers were manufactured in pink and blue.

Prenatal testing was a big reason for the change. Expectant parents learned the sex of their unborn baby and then went shopping for “girl” or “boy” merchandise. (“The more you individualize clothing, the more you can sell,” Paoletti says.) The pink fad spread from sleepers and crib sheets to big-ticket items such as strollers, car seats and riding toys. Affluent parents could conceivably decorate for baby No. 1, a girl, and start all over when the next child was a boy. More money is spent! Some young mothers who grew up in the 1980s deprived of pinks, lace, long hair and Barbies, Paoletti suggests, rejected the unisex look for their own daughters. “Even if they are still activists, they are perceiving those things in a different light than the baby boomer feminists did,” she says. “They think even if they want their girl to be a surgeon, there’s nothing wrong if she is a very feminine surgeon.” 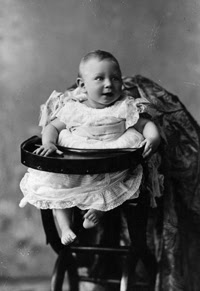 Another important factor has been the rise of consumerism among children in recent decades. According to child development experts, children are just becoming conscious of their gender between ages 3 and 4, and they do not realize it’s permanent until age 6 or 7. At the same time, however, they are the subjects of sophisticated and pervasive advertising that tends to reinforce social conventions. “So they think, for example, that what makes someone female is having long hair and a dress,’’ says Paoletti. “They are so interested—and they are so adamant in their likes and dislikes.”

In researching and writing her book, Paoletti says, she kept thinking about the parents of children who don’t conform to gender roles: Should they dress their children to conform, or allow them to express themselves in their dress? “One thing I can say now is that I’m not real keen on the gender binary—the idea that you have very masculine and very feminine things. The loss of neutral clothing is something that people should think more about. And there is a growing demand for neutral clothing for babies and toddlers now, too.” “There is a whole community out there of parents and kids who are struggling with ‘My son really doesn’t want to wear boy clothes, prefers to wear girl clothes.’ ” She hopes one audience for her book will be people who study gender clinically. The fashion world may have divided children into pink and blue, but in the world of real individuals, not all is black and white.

Clarence Lacy Wise (b. April 16, 1892), son of Allen and Elnora Wise.
Donated to the Pendleton Historical Museum by Grace Bell.

Why Little Boys Wore Dresses
The Surprisingly Recent Time When Boys Wore Pink, Girls Wore Blue, and Both Wore Dresses
Pink and Blue: Telling the Girls from the Boys in America 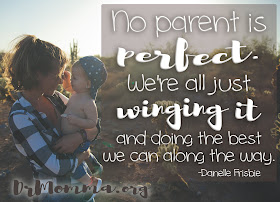 "No parent is perfect. We're all just winging it and
doing the best we can along the way." -Danelle Frisbie

Cheers to all the imperfect, but always striving, peaceful parenting moms and dads out there! We know that life's daily bumps and bruises can stress and strain our abilities to be the parents we truly want to be, for the sake of our little ones. And yet, in the end, it is the love poured into each decision, step by step, as we look ahead to doing the best we can the next time around.

Peaceful parenting truly is about listening to our instincts, and watching/learning the cues of our babies and children. It is about tapping into the primal, attached manner of care that resides in us all. And consciously choosing to put our kids and their needs first, knowing that the days may feel long, but the years are so, so short -- and what we do right now will impact tomorrow, and forevermore, and generations to come.

No one needs books or 'experts' to tell you how to parent. You have the wisdom within. However, for those who love to understand the ins and outs of attachment development, neurological functioning, the whys and hows of gentle parenting, and gain tips and trouble shooting solutions along the way, these are some of the most excellent items that fellow peaceful parenting families have come to love. If you have another suggestion, please feel free to add it to the comments below or contact us.

Here's to happy, healthy babies and children, and a happy, whole world.

[Books update in progress - not all are listed yet.]