Thank You, Dad: For keeping me whole!

I came across a thread of messages from people thanking their husbands, fathers, sons, brothers, etc., who were cut at birth for keeping their baby boys intact. It is beautiful and heartwarming. I have mountains of respect for my (cut) partner for his wisdom in researching things fully before making decisions and not just blindly jumping onto bandwagons, even when it goes against his previous life experience.

View the whole thread at: http://www.mothering.com/discussions/showthread.php?p=12452285

This is something that has been on my heart today and I just wanted to share.

Thank you so much for courageously choosing to look at the facts and choosing what's best for your son, even though it was different from what your parents chose for you. Thank you for being man enough not to feel that your manhood was challenged by your son's intact status. Thank you for not jumping into the "everyone's doing it" boat and using social reasons to justify circumcision. Thank you for being willing to stand up to criticism from your parents if needed.

To all men like this (including my wonderful DH who's total on board with intactness, should we have a son this time), I say thank you. You are making a huge difference.

I am reposting this message pertaining to a show that would be worth checking out for all you birth-advocates. Freebirth is of course more controversial than homebirth with an experienced midwife. It is not something I chose to do with my first baby, but is still interesting and I have a lot of respect for women who do choose to birth this way.

Oct. 21st at 9pm (EST), “Freebirthing," the British UC documentary that was originally titled “Outlaw Births,” will be airing on the Discovery Health Channel in the US. As I’ve mentioned in previous posts, it isn’t a bad program, as far as these things go. There was actually much I liked about it, but of course there are negative comments throughout from medical professionals who don’t approve.

I’ve blogged about the program several times. Here is my most recent posting: http://laurashanley.blogspot.com/2008/10/freebirthing-to-air-on-discovery-health.html

Be sure to read the comments below it. Heather B., who is prominently featured in the program, shared her thoughts about the way her story was presented. Heather is also prominently featured in the promos they’ve been showing on Discovery Health. I’ve turned to the station 3 times in the last few days, and within 15 or 20 minutes saw the promo each time.

Here is a page I put up with video clips from the British version. It’s essentially the same as the one I put up for “Outlaw Births” – http://freebirthing.org

To read what Discovery Health says about the show click here - http://health.discovery.com/tv/crib-notes/freebirthing.html

In other news, we have another tentative date for the “20/20” childbirth show – Oct. 24th. The show has been bumped several times and could be bumped again. But if it does end up airing, this could be a big week for UC! I’ll keep you posted! 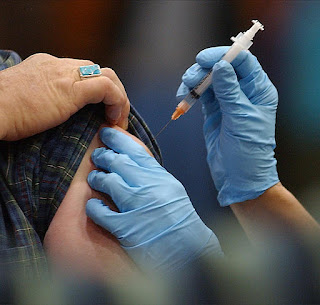