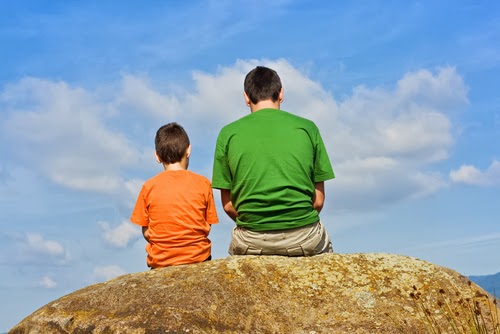 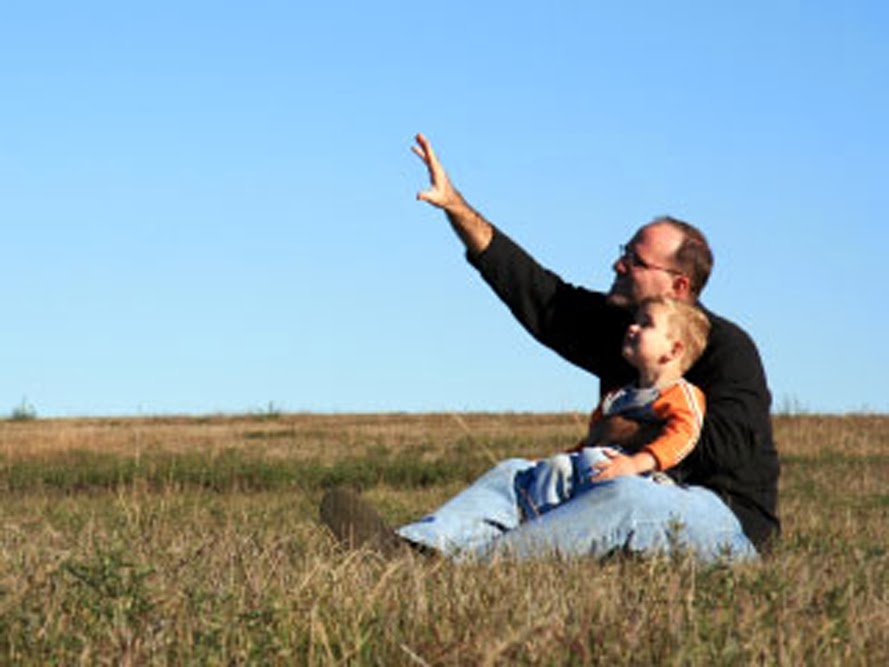 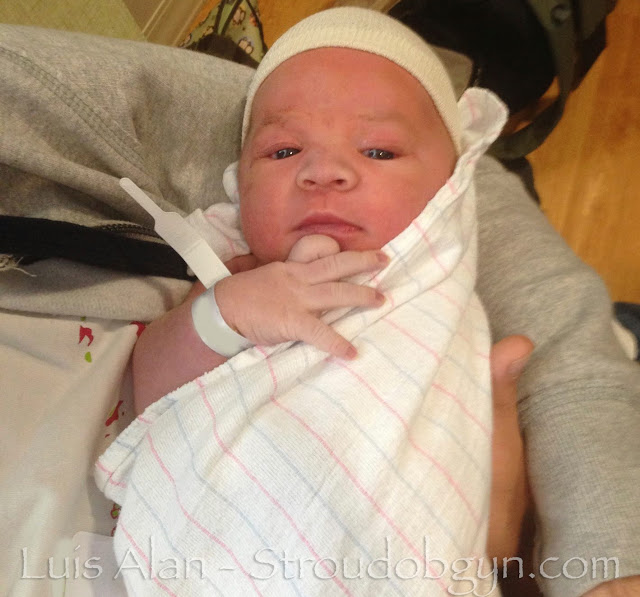 This handsome young man is Luis Alan and at birth he weighed 10 pounds, 1 ounce. I had the pleasure of attending his birth recently and I just had to share a few things about it with you.

Luis is the first-born to his mother and, despite his impressive size, was born vaginally. That alone is certainly interesting, but the real story here is of his mother’s perseverance and faith in herself. You see, on the day of Luis’ birth, his mother was 43 weeks pregnant, something rarely seen any more. We are often a community of convenient inductions of labor. That is to say, many in our community elect to have labor induced at a convenient time; at a time that works best for them, for their physician, perhaps for their family members, for a variety of reasons. Elective induction of labor is somewhat of a community norm.

Luis’ mom knew from the beginning of her pregnancy that something was wrong with trying to take charge of an otherwise natural process; that there had to be risks with attempting to take charge of labor. She made it clear to me at our first meeting that she preferred to avoid induction of labor unless there was a clear indication otherwise. Her pregnancy progressed uneventfully; even remarkably unremarkable some would say. As she approached her due date she didn’t show frustration or concern. When she was one week past her due date many of the women around her began to ask why she wasn’t being induced and she explained that there was nothing magic about the due date and that we had a plan to, “watch and wait.”

Then when she was two weeks past her due date the number of those around her feeling compelled to share their opinion that she should be induced grew, but she elected to, “Watch and wait.” She would always ask me, “Is there any sign that something is wrong with my baby? Is there any reason we should induce labor other than the fact that we’ve passed my due date?” My answer was, “No.” So we watched and we waited. When we found ourselves headed towards the forty-third week of her pregnancy she remained unshaken in her desire to avoid induction of labor if possible. She had several false alarms and trips to labor and delivery thinking (hoping) she was in labor. On one such trip she encountered another physician who tried hard to convince her to be induced because of her advanced gestational age, even suggesting it was, “Unsafe to let the pregnancy continue.” She said, “No thanks,” and went home.

We monitored her every-other-day during the last week so to make certain everything was fine with Luis and just when it looked like the pregnancy would never end she came to the hospital in actual labor one evening. But that’s not the end of the amazing story of her perseverance…

Luis’ labor was not your average labor, just as the pregnancy wasn’t an average pregnancy. This labor was slow, by any definition of slow. Hours upon hours went by with little, if any change. We talked about using medications to augment her dysfunctional labor pattern and she said, “Let’s just wait,” so we waited. We waited all through the night and eventually used a very small dose of an oral medication just to help the process along over the final phase of labor. She finally became fully dilated and after several hours of very hard work, delivered this beautiful baby, Luis.

This birth is a story of perseverance, confidence, and faith. She had such unshakable faith in her ability to do what she was so masterfully created to do: to give birth. Despite a barrage of advice to the contrary from those around her, she held fast to what she knew was right. She consulted with me to confirm that Luis was safe and that she was healthy, and then she and her husband made an informed decision to do what they believed was right: to watch and wait. That decision saved them, in my opinion, from what could have easily resulted in a certain cesarean section.

I spend a lot of time and energy talking about vaginal birth after cesarean section (VBAC) and how to improve one’s chances of a successful VBAC. But this birth should remind us that the best way to approach VBAC is not to approach it - by never having the first cesarean section. In the vast majority of cases that means avoiding induction of labor if at all possible. Patience, faith in your body and its ability to do what it’s perfectly designed to do, and a partnership with a healthcare provider that will help you achieve the birth experience you desire are your most effective tools in the fight to avoid unnecessary cesarean sections. There are numerous times when labor should be induced; induction of labor is not evil in and of itself. The problem lies with the unnecessary induction of labor.

I am blessed to participate in some truly wonderful pregnancy and birth experiences. I will not soon forget the time I spent with Luis and his parents... 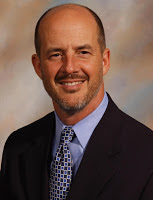 Dr. Christopher Stroud is a Board Certified Obstetrician-Gynecologist with practices in Fort Wayne and Auburn, Indiana. Part of his mission, he states, is to "care for women throughout the continuum of their lives in a way that is scientifically and morally sound." He can be contacted via his website, StroudOBGYN.com, via email at christopher.stroud@parkview.com or on the Facebook page for his practice.