Doctors Opposing Circumcision: Genital Integrity Policy Statement
This chapter was originally available at the DOC website, and is archived here for future reading. 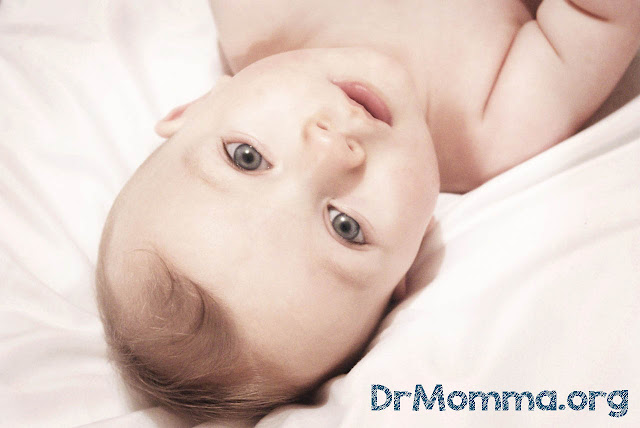 Memory starts before birth1 and newborn infants have fully functioning pain pathways.2 One would expect, therefore, to find psychological effects associated with the painful genital cutting operation.
Post-traumatic stress disorder (PTSD) is a normal response to an abnormal event. Neonatal genital cutting is an event in which a newborn infant experiences extreme levels of pain, terror, and helplessness,3 so it fulfills the criteria as a psychogenic for PTSD. Levy (1945) reported that children experience behavior problems, such as night terrors and a fear of nurses and doctors, after surgery, including circumcision.4 Cansever (1965) tested boys before and after circumcison and reported that the ego seeks safety in total withdrawal.5 Levy found their symptoms to be similar to combat neurosis, now known as PTSD.4 Taddio et al. (1997) studied the behavior of babies at first vaccination. They found that circumcised boys have a much stronger reaction to pain of vaccination than do girls and intact non-circumcised boys, which the authors suggested is an “infant analogue” of PTSD.6 Other authors also have reported PTSD in circumcised males. Rhinehart (1999) reported four cases of PTSD secondary to neonatal circumcision in middle-aged men that he encountered in his psychiatric practice.7 Ramos & Boyle (2001) reported PTSD in 70 percent of Philippino boys who experienced ritual circumcision and 51 percent of Philippino boys who experienced medical circumcision.8
Circumcised males often feel great anxiety regarding their circumcision. This manifests itself in a reluctance to talk about circumcision or an assertion that “I’m circumcised and I’m fine.”9 van der Kolk (1989) reports some traumatized males also have a compulsion to reenact or repeat the trauma.10 These feelings emerge as the “adamant father” syndrome. Typically, a circumcised father will irrationally and adamantly insist that a son undergo circumcision, although this is contrary to contemporary medical advice.
Some circumcised doctors also exhibit anxiety by pushing medically unnecessary circumcision on their patients11 or writing medical journal articles to defend the practice.12-14 Such articles are “flawed papers that dismiss the harm and exaggerate alleged benefits.”14 This has caused the medical literature on the subject of male circumcision to become voluminous and polarized because other doctors write letters and articles to refute the false claims of circumcised doctors.13
Circumcision of the newborn usually is performed in the first week of life (the perinatal period), and, as reported above, clearly is traumatic for most boys. Several authors report that perinatal trauma causes self-destructive behavior in adult life.10, 15-18
Circumcision is cyclic trauma. Many males, who were circumcised as infants, grow up to become circumcisers themselves, in an unending repetitive pattern of abuse.10-13,18,19

Taylor et al. (1996) report circumcision removes more than 50 percent of the normal skin and mucosa from the penis.20 This skin and mucosa is provided by nature to allow for the expansion of the penis during erection. There may not be enough residual foreskin and mucosal tissue after circumcision to allow the penis to expand during erection. The result not infrequently is painful erection or tearing at the scar site, as the residual tissue is stretched to the limit and beyond.21,22]
Earlier work by Winkelmann (1956,1959) showed the prepuce to be highly innervated and a “specific erogenous zone.”23,24 The foreskin contains the areas of the penis most sensitive to fine-touch.25
Meislahn & Taylor (2004) report an online survey of intact males, in which most of the men identified the foreskin, not the glans penis, as the site of sexual pleasure.26 This study is the first to report “directionality” in the foreskin. That is, the foreskin tends to return to the forward position. The survey found that stretching of the foreskin produces erection in intact males. The survey also reported that stretching of the ridged band of the foreskin produces contractions of thebulbocavernosal muscle, which produces ejaculation. The intact males who participated in the survey reported the foreskin to be far more important than the glans penis.27
Removal of the nerves of the foreskin by circumcision produces a deficit in sensory input into the central, parasympathetic, and sympathetic nervous systems. One, therefore, would expect to find alteration in sexual response. Several recent studies have found this to be the case. Coursey et al. (2001) reported that adult circumcision degrades erectile function.27 Fink et al. (2002) also reported worsened erectile function after adult circumcision and, in addition, a degradation of penile sensitivity.28 Pang & Kim (2002) carried out a survey in South Korea, where many adult males have been circumcised, and report that a man was twice as likely to have experienced diminished sexuality rather than improved sexuality.29 Shen et al. (2004) surveyed 95 circumcised male patients and reported erectile dysfunction in 28, weakened erectile confidence in 33, prolonged intercourse in 31, and difficult insertion in 41.30 Senkul et al. carried out a survey of young adult Turkish males who were circumcised in adult life. They reported increased time to ejaculate.31 Thorvaldsen & Meyhoff (2005) report that young circumcised males have more difficulty in reaching erection and orgasm.32 Kim & Pang (2007) reported a decrease in masturbatory pleasure and an increase in mastubatory difficulty in Korean males who were circumcised as adults.33 Frisch et al. (2011) reported that circumcised Danish men frequently experinence difficulties in achieving orgasm as compared with non-circumcised men.34 Podnar (2011) compared the penilo-cavenosus reflex of intact and circumcised men. He reported,“[t]he reflex was clinically non-elicitable in 73%, 64% and 8% of 30 circumcised men, 15 men with foreskin retraction, and 29 control men, respectively.”35 The evidence that circumcision injures human sexual response and function is now overwhelming and conclusive.
Denniston (2004) surveyed 38 men who had experienced sexual intercourse before and after circumcision. Twenty-two of the 38 men (58%) felt that the pleasure of intercourse was lessened and they would not have circumcision again.36
Circumcision changes male sexual behavior. Laumann et al. (1997) reports circumcised males have a “more highly elaborated set of sexual practices.” This includes more frequent masturbation and a greater preference for oral sex.37 The British National Survey of Sexual Attitudes and Lifestyles (Natsal 2000) reports that circumcised males were more likely to report homosexual partners and partners from abroad.38 Richters et al. (2006) report that more circumcised men in Australia tend to reach orgasm “too quickly”.39

Several studies report that male circumcision also adversely affects female sexuality. Warren & Bigelow (1994) report the foreskin avoids problems with vaginal dryness.40 Fleiss & Hodges (2002) explain that the lack of gliding action in the circumcised male partner causes the taut shaft skin to drag the vaginal lubrication out of the vagina.41 O’Hara & O’Hara (1999) surveyed women in the United States who had had sex with both circumcised and intact partners. They report the women preferred the partner to be intact by a ratio of 8.6 to one.42 Women reported that they were more likely to be orgasmic and even have multiple orgasms when the male partner is intact.43 Bensley & Boyle (2001) surveyed 35 women in Australia who had sexual experience with both circumcised and intact partners. Eleven, who had a mean age of 27.3 years, indicated a preference for a circumcised partner. Eleven, who had a mean age of 36.4 years indicated they would choose a genitally intact partner.44 They reported that circumcised males are signicantly less likely to use condoms because of concern about reduced penile sensitivity. In addition, the females were significantly more likely to report vaginal dryness with a circumcised partner.43,44 The experience reported with a circumcised male partner is similar to the symptoms of “female arousal disorder.” Female arousal disorder may be a normal response to sex with a circumcised male partner.43,44 Frisch et al. (2011) report that male circumcision is associated with “orgasm difficulties, dyspareunia and a sense of incomplete sexual needs fulfillment.”34

Laumann (1997) reported that 77 percent of the adult males in the National Health and Social Life Survey (1992) were circumcised.37 The effects of this wounding by circumcision have been discussed above. Goldman (1997) argues extensively that the result of having so many emotionally and sexually injured males in a society would produce undesirable social effects.46
Goldman (1997) suggests that men who were neonatally circumcised would be more likely to suffer from low self-esteem, to avoid intimacy in male-female relationships, and a higher incidence of divorce.46 Moreover, he says neonatal circumcision may cause a higher incidence of unnecessary surgery, and of adult violence, including suicide, rape, and murder.46
Baker (1996) argues that men harbor rage toward their mothers for their circumcision. She also identifies a connection between sexual violence, rape, and neonatal circumcision.47 DeMause (1996) connects perinatal circumcision trauma with increases in teenage suicide and social violence.48

In the United States, where non-therapeutic neonatal circumcision once was a routine practice, a nearly totally circumcised male population was created. Medical doctors in the United States are largely a part of this circumcising culture, in which the abnormal appears to be normal. Circumcised men who become medical doctors have no personal experience of the foreskin and may never have seen a human foreskin. As reported above, if the doctor is circumcised himself, he is more likely to recommend circumcision to his patients.11
Medical societies in the United States are composed of men and women from this circumcising culture. Certain medical societies have issued public statements regarding circumcision. These statements inevitably are drafted by committees composed of persons, whether male or female, who are products of the circumcising culture, and who may feel a need to defend their culture of origin.12
These committees are faced with the challenge of sorting out the medical literature on circumcision, which as indicated above, has numerous papers written by circumcised doctors, who tend to be biased in favor of circumcision.12 Doctors from circumcising cultures may be blinded to the bias of published papers.
Moreover, male members of the committee are faced with the uncomfortable task of challenging their own circumcision.49 Members may be parents who have had a son circumcised and who may feel a need to defend that decision.12 Some members conceivably could even have a compulsion to reenact the trauma of their own circumcision on others!10
Doctors who are appointed to policy committees may have strong opinions on circumcision as a result of their previous experiences in a circumcising culture. Medical doctors, who profit from the performance of circumcision, may be appointed to serve on a policy committee.*49
Conflict-of-interest is inevitable. Such conflicted doctors are unlikely to be able to produce a truly evidence-based statement, even if they are able to sort out the bias in the medical literature.49,50 Fox & Thomson (2005) report that medical societies downplay or minimize the risks associated with male circumcision.51 For example, one law review article has found serious departures from the evidence in two statements produced by the American Academy of Pediatrics.52
American medical societies, thus far, have been unable or unwilling to acknowledge the human rights (see Chapter Nine) and medical ethics (see Chapter Eleven) issues inherent in the non-therapeutic circumcision of children.13 Similarly, they have not recognized the long-term adverse effects reported in this chapter.13
Foley (1966) reports that circumcised doctors are biased in favor of circumcision.53 Circumcision practice of long ago, therefore, has an effect on the policy statements of medical societies today. Such statements are the result of compromises between the bias of the committee members in favor of circumcision and the overwhelming evidence supporting genital integrity as the optimum choice for health and well-being. Such statements tend to perpetuate the status quo.49 The public, therefore, is poorly served by the apparent inability of circumcised doctors to produce a truly evidence-based statement.13

*It is very likely that all of the male members of the three task forces of the American Academy of Pediatrics are circumcised and not one has any personal knowledge of the prepuce. Circumcised doctors frequently need to justify their loss of genital integrity with claims of prophylactic benefits, so their writings tend to be biased against genital integrity.12,13