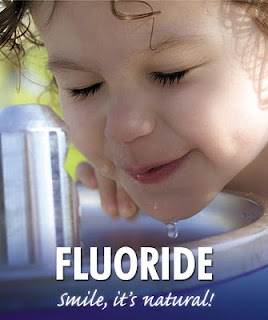 The following information is being reposted upon request from the Fluoride Action Network
1) 97% of western Europe has chosen fluoride-free water. This includes: Austria, Belgium, Denmark, Finland, France, Germany, Iceland, Italy, Luxembourg, Netherlands, Northern Ireland, Norway, Scotland, Sweden, and Switzerland. (While some European countries add fluoride to salt, the majority do not.) Thus, rather than mandating fluoride treatment for the whole population, western Europe allows individuals the right to choose, or refuse, fluoride.

2) Fluoride is the only chemical added to drinking water for the purpose of medication (to prevent tooth decay). All other treatment chemicals are added to treat the water (to improve the water's quality and safety - which fluoride does not do). This is one of the reasons why most of Europe has rejected fluoridation. For instance:

In Germany, "The argumentation of the Federal Ministry of Health against a general permission of fluoridation of drinking water is the problematic nature of compulsion medication."
In Belgium, it is "the fundamental position of the drinking water sector that it is not its task to deliver medicinal treatment to people. This is the sole responsibility of health services."
In Luxembourg, "In our views, drinking water isn't the suitable way for medicinal treatment and that people needing an addition of fluoride can decide by their own to use the most appropriate way."

3) Contrary to previous belief, fluoride has minimal benefit when swallowed. When water fluoridation began in the 1940s and '50s, dentists believed that fluoride needed to be swallowed in order to be most effective. This belief, however, has now been discredited by an extensive body of modern research (1).
According to the Centers for Disease Control, fluoride's "predominant effect is posteruptive and topical" (2). In other words, any benefits that accrue from the use of fluoride, come from the direct application of fluoride to the outside of teeth (after they have erupted into the mouth) and not from ingestion. There is no need, therefore, to expose all other tissues to fluoride by swallowing it.
4) Fluoridated water is not recommended for babies. In November of 2006, the American Dental Association (ADA) advised that parents should avoid giving babies fluoridated water (3). Other dental researchers have made similar recommendations over the past decade (4). Exclusively breastfed babies need no liquids other than their mother's milk to drink (or eat).
Babies exposed to fluoride are at high risk of developing dental fluorosis - a permanent tooth defect caused by fluoride damaging the cells which form the teeth (5). Other tissues in the body may also be affected by early-life exposures to fluoride. According to a recent review published in the medical journal The Lancet, fluoride may damage the developing brain, causing learning deficits and other problems (6).

A) Topical fluoride products such as toothpaste and mouthrinses (which come with explicit instructions not to swallow) are readily available at all grocery stores and pharmacies. Thus, for those individuals who wish to use fluoride, it is very easy to find and very inexpensive to buy.

B) If there is concern that some people in the community cannot afford to purchase fluoride toothpaste (a family-size tube of toothpaste costs as little as $2 to $3), the money saved by not fluoridating the water can be spent subsidizing topical fluoride products (or non-fluoride alternatives) for those families in need.

C) The vast majority of fluoride added to water supplies is wasted, since over 99% of tap water is not actually consumed by a human being. It is used instead to wash cars, water the lawn, wash dishes, flush toilets, etc.

6) Ingestion of fluoride has little benefit, but many risks. Whereas fluoride's benefits come from topical contact with teeth, its risks to health (which involve many more tissues than the teeth) result from being swallowed.
Adverse effects from fluoride ingestion have been associated with doses atttainable by people living in fluoridated areas. For example:

a) Risk to the brain. According to the National Research Council (NRC), fluoride can damage the brain. Animal studies conducted in the 1990s by EPA scientists found dementia-like effects at the same concentration (1 ppm) used to fluoridate water, while human studies have found adverse effects on IQ at levels as low as 0.9 ppm among children with nutrient deficiencies, and 1.8 ppm among children with adequate nutrient intake. (7-10)

b) Risk to the thyroid gland. According to the NRC, fluoride is an “endocrine disrupter.” Most notably, the NRC has warned that doses of fluoride (0.01-0.03 mg/kg/day) achievable by drinking fluoridated water, may reduce the function of the thyroid among individuals with low-iodine intake. Reduction of thyroid activity can lead to loss of mental acuity, depression and weight gain (11)

c) Risk to bones. According to the NRC, fluoride can diminish bone strength and increase the risk for bone fracture. While the NRC was unable to determine what level of fluoride is safe for bones, it noted that the best available information suggests that fracture risk may be increased at levels as low 1.5 ppm, which is only slightly higher than the concentration (0.7-1.2 ppm) added to water for fluoridation. (12)

d) Risk for bone cancer. Animal and human studies – including a recent study from a team of Harvard scientists – have found a connection between fluoride and a serious form of bone cancer (osteosarcoma) in males under the age of 20. The connection between fluoride and osteosarcoma has been described by the National Toxicology Program as "biologically plausible." Up to half of adolescents who develop osteosarcoma die within a few years of diagnosis. (13-16)

e) Risk to kidney patients. People with kidney disease have a heightened susceptibility to fluoride toxicity. The heightened risk stems from an impaired ability to excrete fluoride from the body. As a result, toxic levels of fluoride can accumulate in the bones, intensify the toxicity of aluminum build-up, and cause or exacerbate a painful bone disease known as renal osteodystrophy. (17-19)

7) The industrial chemicals used to fluoridate water may present unique health risks not found with naturally-occurring fluoride complexes . The chemicals - fluorosilicic acid, sodium silicofluoride, and sodium fluoride - used to fluoridate drinking water are industrial waste products from the phosphate fertilizer industry. Of these chemicals, fluorosilicic acid (FSA) is the most widely used. FSA is a corrosive acid which has been linked to higher blood lead levels in children. A recent study from the University of North Carolina found that FSA can - in combination with chlorinated compounds - leach lead from brass joints in water pipes, while a recent study from the University of Maryland suggests that the effect of fluoridation chemicals on blood lead levels may be greatest in houses built prior to 1946. Lead is a neurotoxin that can cause learning disabilities and behavioral problems in children. (20-23)
8) Water fluoridation’s benefits to teeth have been exaggerated. Even proponents of water fluoridation admit that it is not as effective as it was once claimed to be. While proponents still believe in its effectiveness, a growing number of studies strongly question this assessment. (24-46) According to a systematic review published by the Ontario Ministry of Health and Long Term Care, "The magnitude of [fluoridation's] effect is not large in absolute terms, is often not statistically significant and may not be of clinical significance." (36)

b) Cavities do not increase when fluoridation stops. In contrast to earlier findings, five studies published since 2000 have reported no increase in tooth decay in communities which have ended fluoridation. (37-41)

c) Fluoridation does not prevent oral health crises in low-income areas. While some allege that fluoridation is especially effective for low-income communities, there is very little evidence to support this claim. According to a recent systematic review from the British government, "The evidence about [fluoridation] reducing inequalities in dental health was of poor quality, contradictory and unreliable." (45) In the United States, severe dental crises are occurring in low-income areas irrespective of whether the community has fluoride added to its water supply. (46) In addition, several studies have confirmed that the incidence of severe tooth decay in children (“baby bottle tooth decay”) is not significantly different in fluoridated vs unfluoridated areas. (27,32,42) Thus, despite some emotionally-based claims to the contrary, water fluoridation does not prevent the oral health problems related to poverty and lack of dental-care access.

a) Low-income families are least able to avoid fluoridated water. Due to the high costs of buying bottled water or expensive water filters, low-income households will be least able to avoid fluoride once it's added to the water. As a result, low-income families will be least capable of following ADA’s recommendation that infants should not receive fluoridated water. This may explain why African American children have been found to suffer the highest rates of disfiguring dental fluorosis in the US. (47)

b) Low-income families at greater risk of fluoride toxicity. In addition, it is now well established that individuals with inadequate nutrient intake have a significantly increased susceptibility to fluoride’s toxic effects. (48-51) Since nutrient deficiencies are most common in income communities, and since diseases known to increase susceptibility to fluoride are most prevalent in low-income areas (e.g. end-stage renal failure), it is likely that low-income communities will be at greatest risk from suffering adverse effects associated with fluoride exposure. According to Dr. Kathleen Thiessen, a member of the National Research Council's review of fluoride toxicity: “I would expect low-income communities to be more vulnerable to at least some of the effects of drinking fluoridated water." (51)

10) Due to other sources, many people are being over-exposed to fluoride . Unlike when water fluoridation first began, Americans are now receiving fluoride from many other sources* besides the water supply. As a result many people are now exceeding the recommended daily intake, putting them at elevated risk of suffering toxic effects. For example, many children ingest more fluoride from toothpaste alone than is considered “optimal” for a full day’s worth of ingestion. According to the Journal of Public Health Dentistry:

"Virtually all authors have noted that some children could ingest more fluoride from [toothpaste] alone than is recommended as a total daily fluoride ingestion." (52)

Because of the increase in fluoride exposure from all sources combined, the rate of dental fluorosis (a visible indicator of over-exposure to fluoride during childhood) has increased significantly over the past 50 years. Whereas dental fluorosis used to impact less than 10% of children in the 1940s, the latest national survey found that it now affects over 30% of children. (47, 53)
* Sources of fluoride include: fluoride dental products, fluoride pesticides, fluorinated pharmaceuticals, processed foods made with fluoridated water, and tea.
References