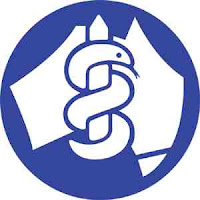 BACKGROUND: This study was devised to determine the prevalence of urinary symptoms among men living in the Australian cities of Melbourne, Sydney or Perth, and to identify factors associated with the presence of moderate-to-severe urinary symptoms.

METHODS: The study comprised a population-based sample of 1,216 men, aged 40-69 years, whose names were obtained through electoral rolls and who participated as controls in a case-control study of risk factors for prostate cancer. As part of a structured face-to-face interview, the men completed the International Prostate Symptom Score (IPSS). Men with moderate (IPSS = 8-19) or severe (IPSS > or = 20) urinary symptoms were compared with those with mild or no symptoms (IPSS < 8) using unconditional logistic regression.

The increased likelihood associated with drinking an average of > 60g per day of alcohol in the 2 years before interview was of marginal statistical significance (OR = 1.6; 1.0-2.6). There were no significant differences between men with IPSS > or = 8 and those with IPSS < 8 with respect to body mass index, education level, having had a vasectomy, or cigarette smoking.

CONCLUSION: Among Australian men, being circumcised, or not currently living as married, were associated with increased prevalence of urinary symptoms.