How the Foreskin Protects Against UTI (urinary tract infection) 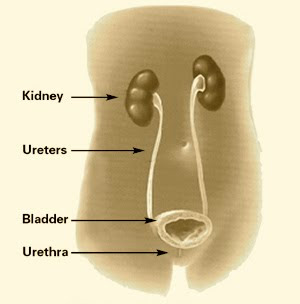 Male and female urinary tracts are similar except for the shorter urethra in females, which leads to a higher rate of UTI (urinary tract infection) among baby girls, female children, and adult women. Intact boys and men contract UTIs to a much lesser degree than girls and women. All UTIs are treated quickly and easily with a round of antibiotics.

Breastfeeding adds yet another level of protection. Breastfed babies have oligosaccharides in their urine. The oligosaccharides prevent adhesion of E. coli, the fecal bacteria that causes most UTI, to the epithelium of the urinary tract.4 Bacterial adhesion is a prerequisite for infection. Intact babies who are also breastfed have doubled protection against UTI.

Unfortunately, hospitals in the 1980s instructed parents to retract the foreskin to wash—a procedure that has been abandoned because of the danger of contamination by E. coli.8 This may have allowed E. coli to enter the urinary tract and caused the slight increased incidence of UTI reported by Wiswell.

The foreskin has many other protective functions, including immunological properties and its own antivirals and antibacterials, that help to prevent disease and contribute to good health throughout life.3,9 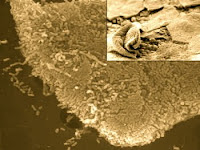 E-coli are transferred to the urinary tract as a result of fecal matter getting around the urethra. In intact infants, the urethra is protected by the prepuce in boys and girls, and the labia in girls. In circumcised boys (or girls), the urethra is exposed and prepuce antibodies are not present, leading to higher rate of infection. This is especially the case among diaper wearing babies during the first 12 months of life. The inset of this photo shows a cell peeling off from the urinary tract during an e-coli induced urinary tract infection. The main panel shows e-coli on the bladder wall. Photo by Harry Mobley, U of MI Medical School

For more information on circumcision and breastfeeding see: