What Parents Can Do About Toxic Baby Food Contributing to Autism 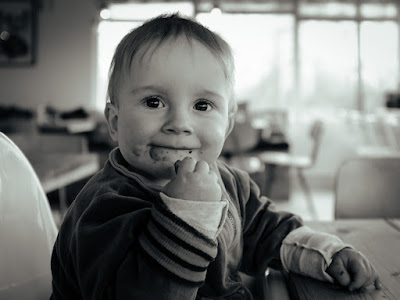 The prevalence of Autism worldwide seems to be on the rise. In 2018, The Autism and Developmental Disabilities Monitoring (ADDM) Network, funded by CDC, estimated that about 1 in every 44 8-year-old children have ASD.

Recently, researchers have traced this neurological issue back to heavy metals. Exposure to heavy metals like mercury, arsenic, and lead causes developmental toxicity, especially in infancy periods. Unfortunately, high levels of these heavy metals are present in baby foods.

Parents of children with Autism Spectrum Disorder (ASD) are now filing lawsuits against companies that use these heavy metals in their baby food production.

Behavioral symptoms of Autism Spectrum Disorder appear as early as childhood. Symptoms may appear around 12-18 months or earlier. Many parents do not notice them until the child is three years of age.

Early signs of ASD are;

Children may not have all or any behaviors listed here. It is a wide spectrum of symptoms.

How does Baby Food Cause Autism?

High exposure to toxic heavy metals can cause permanent decreases in IQ, decreased economic productivity, and increased risk of future criminal and antisocial behavior in children.

Allegations against certain baby food companies revealed that high levels of Mercury, Lead, Cadmium, and arsenic are added as additives and nutrients into baby foods.

There is a maximum level of metals the U.S Food & Drug Administration allows. According to reports, some baby foods contain up to 91 times the arsenic level, up to 177 times the lead level, up to 69 times the cadmium level, and five times the mercury level.

With such high levels exceeding the allowable levels in bottled water by FDA, babies are most likely to come down with Autism through baby foods.

What Can Parents Do About Baby Food Causing Autism?

The news of baby food causing Autism can leave any parent confused about what to do. Here are a few tips on reducing your child's exposure to heavy metals that can lead to Autism proposed by the American Academy of Pediatrics.

Do you have a child you fed any autism-causing baby food and is now diagnosed with Autism, Attention Deficiency Hyperactivity Disorder, or any mental disability? You can file a lawsuit against these food companies. Visit DolmanLaw.com today for a free, no-obligation consultation. They will review your case and represent your interests to ensure you and your child get the compensation you deserve.