Studies Show Tylenol NOT Good to Give After Vaccination 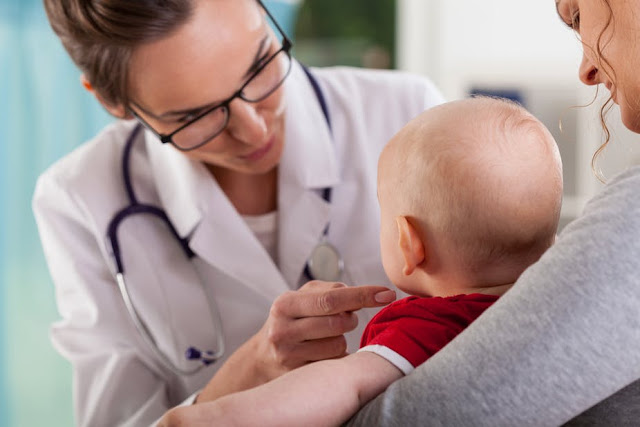 Giving babies Tylenol to prevent fever when they get childhood vaccinations may backfire and make the shots a little less effective, new research suggests.

It is the first major study to tie reduced immunity to the use of fever-lowering medicines. Although the effect was small and the vast majority of kids still got enough protection from vaccines, the results make "a compelling case" against routinely giving Tylenol right after vaccination, say doctors from the U.S. Centers for Disease Control and Prevention.

They wrote an editorial accompanying the study, published in Friday's issue of the British medical journal, Lancet.

The study only looked at preventive use of Tylenol - not whether it is OK to use after a fever develops.

Tylenol, or its generic twin, acetaminophen, is widely used as a painkiller for babies [Note: new research shows Tylenol is ineffective for infant pain; it does not reduce pain for babies any more than water]. Many parents give it right before or after a shot to prevent fever and fussiness, and some doctors recommend this. The CDC's vaccine advisory panel says it is a reasonable thing to do for children at high risk of seizures.

However, fever after a vaccine isn't necessarily bad - it's a natural part of the body's response. Curbing fever, especially the first time a baby gets a vaccine, also seems to curb the immune response and the amount of protective antibodies that are made, the new study found.

It was led by military and government scientists in the Czech Republic and was done at 10 medical centers in that Eastern European country. It involved 459 healthy infants, 9 to 16 weeks old, who were getting vaccines against polio, pneumonia, meningitis, whooping cough, tetanus, hepatitis and other childhood diseases.

Half were given three doses of Calpol, or paracetamol - a Tylenol-like brand sold in Europe - during the first day after vaccination. The others were given nothing besides the vaccines.

Babies given the painkiller were significantly less likely to develop a fever - 42 percent versus 66 percent of the others - and very few in either group developed a high one.

However, lower rates of protective antibody levels from several vaccines were seen in the group given the drug. Levels remained significantly lower in this group after booster vaccines, given when the babies were 12 to 15 months old.

Next, the researchers looked at 10 other vaccine studies and found some supporting evidence that using Tylenol to prevent fevers at the time of vaccination may curb immune system response rates. The same may not be true of using the drug to treat fevers after they develop.

The research was sponsored by Belgium-based GlaxoSmithKline Biologicals, which makes all the vaccines used in the study. Some authors have financial ties to the company, including owning stock in it, and Glaxo had a role in reporting the results.

Even with the fever-lowering drugs, more than 90 percent of children in the Czech study achieved protection from the various vaccines after the booster dose, so the effect of lower levels of antibodies on any individual might be small, Dr. Robert Chen and two other CDC doctors wrote in an editorial.

Yet the consistency of findings from other studies makes "a compelling case against" routine use of fever-lowering medicines during immunization, they write.

It's not known if Tylenol or other painkillers might reduce vaccine response in adults, but they are less likely to develop a fever after vaccination or to be so bothered by it, said Dr. John Treanor, a vaccine specialist at the University of Rochester Medical Center in Rochester, N.Y., who had no role in the study.

Tylenol is the only member of the family of over-the-counter pain relievers that is not a nonsteroidal anti-inflammatory drug, or NSAID. "There's been speculation for a long time that the use of NSAIDs might have an effect" on antibody production after vaccination, but this is far from proved, Treanor said.

Given that so few children develop high fevers after vaccines, skipping the meds "may be the way to go," he said.

Baby Fever: When to give medication, and when not to (Mama Natural): https://www.mamanatural.com/baby-fever/

Studies show Tylenol NOT good to give after vaccination: http://www.DrMomma.org/2009/10/TylenolVaccine.html