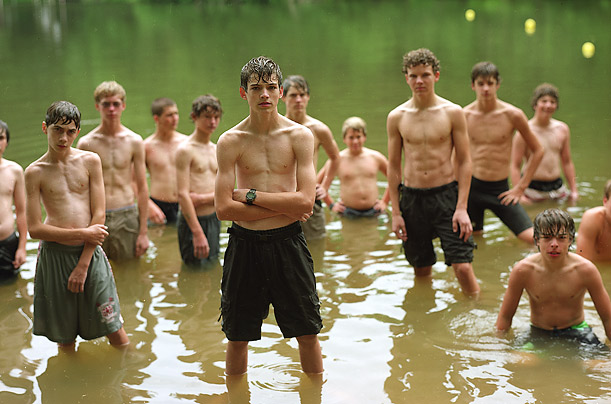 There is much uncertainty among health care workers about when the foreskin of a boy should become retractable.1 This has caused many false diagnoses of phimosis, followed by unnecessary circumcision, when, in fact, the foreskin is developmentally normal.

The first data on development of retractile foreskin were provided in 1949 by the famous British paediatrician, Douglas Gairdner. (2) His data have been incorporated into many textbooks and still is repeated in the medical literature today. Gairdner said that 80 percent of boys should have a retractable foreskin by the age of two years, and 90 percent of boys should have a retractable prepuce by the age of three years. (2) Unfortunately, Gairdner’s data are inaccurate, (3-4) so most healthcare providers have been taught inaccurate data. (4) Retractability usually occurs much later than previously believed. (3) This page provides accurate data, derived from newer and better studies, for healthcare providers.

There are three possible conditions that cause non-retractile foreskin:


The first two reasons are normal in childhood and are not pathological in children. The third can be treated conservatively, retaining the foreskin.

Kayaba et al. (1996) reported that before six months of age, no boy had a retractable prepuce; 16.5 percent of boys aged 3-4 had a fully retractable prepuce. (5) Imamura (1997) examined 4521 infants and young boys. He re-ported that the foreskin is retractile in 3 percent of infants aged one to three months, 19.9 percent of those aged ten to twelve months, and 38.4 percent of three-year-old boys. (6) Ishikawa & Kawakita (2004) reported no retractability at age one, (but increasing to 77 percent at age 11-15). (7) Non-retractile foreskin is the more common condition in this age group. Compare these data with Gairdner’s data! Percentage of boys with fused foreskin by age according to Øster

Jakob Øster, a Danish physician who conducted school examinations, reported his findings on the examination of school-boys in Denmark, where circumcision is rare.8 Øster (1968) found that the incidence of fusion of the foreskin with the glans penis steadily declines with increasing age and foreskin retractability increases with age.8 Kayaba et al. (1996) also investigated the development of foreskin retraction in boys from age 0 to age 15.5 Kayaba et al. also reported increasing retractability with increasing age. Kayaba et al. reported that about only 42 percent of boys aged 8-10 have fully retractile foreskin, but the percentage increases to 62.9 percent in boys aged 11-15.5 Imamura (1997) reported that 77 percent of boys aged 11-15 had retractile foreskin. (6) Thorvaldsen & Meyhoff (2005) conducted a survey of 4000 young men in Denmark. (9) They report that the mean age of first foreskin retraction is 10.4 years in Denmark. (9) Non-retractile foreskin is the more common condition until about 10-11 years of age.

Care-givers and healthcare providers must be careful to avoid premature retraction of the foreskin, which is contrary to medical recommendations, painful, traumatic, tears the attachment points (synechiae), may cause infection, is likely to generate medico-legal problems, and may cause paraphimosis, with the tight foreskin acting like a tourniquet. The first person to retract the boy’s foreskin should be the boy himself. (3)

The foreskin can be made retractable by:


Male circumcision is outmoded as a treatment for non-retractile foreskin, but it is still recommended by many urologists because of lack of adequate information, and perhaps because of the fees associated with circumcision. Nevertheless, circumcision should be avoided because of pain, trauma, cost, (15,16) complications, (15) difficult recovery, permanent injury to the appearance of the penis, loss of pleasurable erogenous sensation, (17) and impairment of erectile and ejaculatory functions. (18-20)

A website exists here where knowledable individuals give free advice to adults and teens on stretching one's foreskin to make it retractble.

How to Care for Your Intact Son