Could your child's sleep problems be a sign of separation anxiety or ADHD? 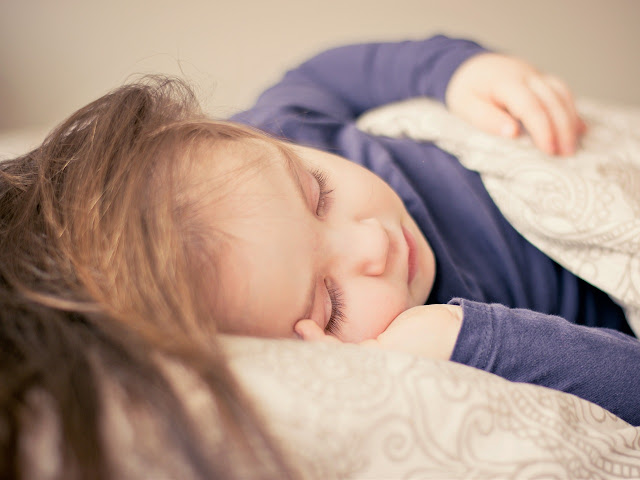 The ideal amount of sleep that is necessary for a child to properly function both physically and mentally, decreases with each passing year by roughly 15 minutes. For example, a newborn child should sleep for at least 14-16 hours, while the same child, on hitting 17 years of age, will require only about 8 hours of sleep.

Unfortunately, according to the National Sleep Foundation, almost 70 percent of children below the age of 10 usually go through some sort of a sleeping disorder that cuts down their sleeping hours. We will now discuss some of the most common reasons behind sleeping disorders experienced by children and how you can help your son/daughter overcome it.

Separation anxiety and how it disrupts sleep in children

Kids often find it difficult to sleep during the night simply because they are afraid of being away from their parents for an entire night. This is termed as separation anxiety and it may cause the child to fantasize about his/her worst fears. A child suffering from separation anxiety might begin to exhibit troubled behaviour and signs of stress as soon as the pre-bedtime routine begins or maybe even earlier.

Studies have shown that children with separation anxiety will in most cases have trouble sleeping even after being tucked in at night. Effects of insufficient sleep in such cases will start to affect the child’s daytime routine as well, thus making him/her anxious, lethargic and sometimes even depressed throughout the day. Check with the points below to see if your child is suffering from night time separation anxiety.

As the problem originates from a feeling of insecurity, the primary objective is to make the suffering child feel secure and this requires tactical approach, knowledge and patience. The guidelines below are designed to help both you and your child sleep better by addressing the issue at its roots.

Patience - Patience is a virtue and it is more so in this particular scenario. You can never get angry or cranky with your children even if you are losing your own sleep. One needs to remember that sleep disturbance is not “bad manners” but a serious and stressful condition that your son/daughter is going through. It has been found through research that some children even believe with firm conviction that if they go to sleep alone, they may die.

Acceptance and control - Now that you have understood and accepted the fact that your youngster has a real problem, the next step is to not reinforce it. What we mean is that you should not let your child sleep with you every time he/she wants to. If the mind of the child does not face its imaginary fears, it will never truly get over them.

Conversation - As discussed previously, parental assistance is a must in getting over separation anxiety and therefore, you must start by finding out what scares your child. Although the particular fear plaguing the mind of a child will differ widely; darkness, monsters, fear of being harmed or family getting harmed are usually the ones that top the chart.

Assistance - After finding out exactly what is troubling your kid, discuss the issues in detail. Try to find ways of convincing him/her about the imaginary nature of the fears by talking for as long as it takes. If required, take further measures such as checking under the bed for monsters or just putting in a low-powered night lamp. Keeping the door slightly open to let the hall light seep in is a time-tested way of making children feel safer. You can also use calm music or sounds that reassure your child to ensure a good night’s sleep for the entire family. A white noise machine is found to be exceptionally useful in putting children to sleep. Do whatever is necessary to make your child feel safe by assisting in facing the fears but never really helping to avoid it.

Routine - Finally, parents must remember to regulate their children’s day cycle in such a way that come bedtime, they are too tired to be disturbingly imaginative. Additionally, a warm bath with scented candles and bedtime stories make for a relaxing pre-bedtime routine rather than an abrupt end to a day. Do not allow consumption of sodas, chocolates and other food that may contain caffeine or might have a high sugar content as that can significantly disrupt sleep even in adults when consumed before going to bed.

Positive reinforcement – After your initial methods begin to bear fruit and you see that your child is putting in real effort to get over the sleeping problem, it is time to reinforce that effort with positivity. For example, after their first successful night of sleeping alone, reward them with something small but dear to them. Following that, make a chart or a table and encourage them to aim for higher rewards by sleeping well for a certain number of nights alone in a week first, and then a month.

Depending on your kid’s situation and psychological build-up, it may take anywhere between a few weeks to several months in order for separation anxiety to completely leave the child’s mind. Nonetheless, he/she will get over it in due time with your assistance and love.

ADHD and its effects on children’s sleep

Attention Deficit Hyperactivity Disorder or ADHD is an extremely common psychological disorder that affects a lot of children around the world and may even trouble teenagers and adults in certain cases. A child affected by ADHD may find it difficult to concentrate or pay attention towards anything at all.

In addition to having a poor attention span, the hyperactive mind of the child might cause him/her to behave impulsively and uncontrollably. As any parent who has a child distressed by ADHD will tell you, the disorder directly or indirectly affects all aspects of a child’s life as well as that of his/her parents.

It has been found that the hyperactive and irritable nature of ADHD also interferes with a child’s sleeping habits, which in turn makes the condition even worse because of the effects of sleep-deprivation. In fact, research is ongoing to find out if medicines used to control the adverse effects of ADHD are at times responsible for the sleeping problems which are rampant among kids with ADHD.

Unfortunately, the link between ADHD and sleep is not commonly known. Sleeping problems is just one of many symptoms and the diagnosis is established based on severity and combination of symptoms. While many ADHD signs can appear in early age, the formal testing for ADHD is usually not recommended before the child is at least 6 years old. However there are some online screening tests for child ADHD that could be used starting from age 4. 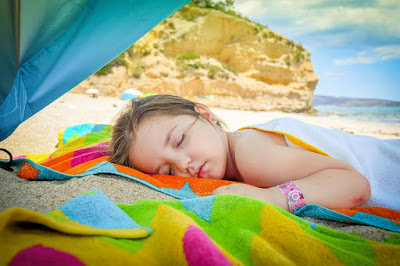 How can you help your child with ADHD sleep properly?

The truth is that all children who suffer from sleeping problems need to be put through more or less the same routine, irrespective of whether or not they are suffering from ADHD. Nonetheless, here are a few extra tips in addition to the ones mentioned above.

Strict scheduling – A fixed “lights out” time is necessary to build a strict sense of routine. What this means is that you must put your children to bed every night at the same time and also wake them up every morning at the same hour. This helps the body of your child in setting his/her biological clock in sync, thus eliminating sleeping problems on most nights.

Control stimulants – Children are sensitive and children with ADHD are more so. Therefore, maintain a calm environment within the house prior to bedtime. Parental arguments, loud TV or music, video games or physically arousing play sessions are all counterproductive and should be avoided.

Wake them gently – You should not wake up anybody with a loud noise or a vigorous shake, let alone a child suffering from ADHD and sleep deficiency! Try pulling the curtains off so that the daylight gets in the room or call them in a gentle voice.

Prepare a morning routine – As ADHD makes children abnormally hyper at the slightest of stimulation, it is essential that they go through a morning ritual which prepares them slowly for the day ahead. Avoid stress induced by rushing at the last moment to ensure a good start to the day for your child.

Control napping sessions – Although small children do need to sleep a lot more throughout the day, the same does not apply for your teenager. Other than the nightly sleeping session, he/she should not be allowed to sleep for more than half an hour during the working part of the day as that would make it even more difficult for someone with ADHD to go to sleep at night.

Consult your pediatrician – If all else fails, mild medications like melatonin in small doses can be used to help children with ADHD sleep better. However, consulting your pediatrician before taking such steps is a must.

There are exceptional cases where the condition of the child is so advanced that he/she might need additional medical assistance. In such cases, special care institutes can come into play. Most children however, usually get over their sleeping troubles if they have supportive and knowledgeable parents. 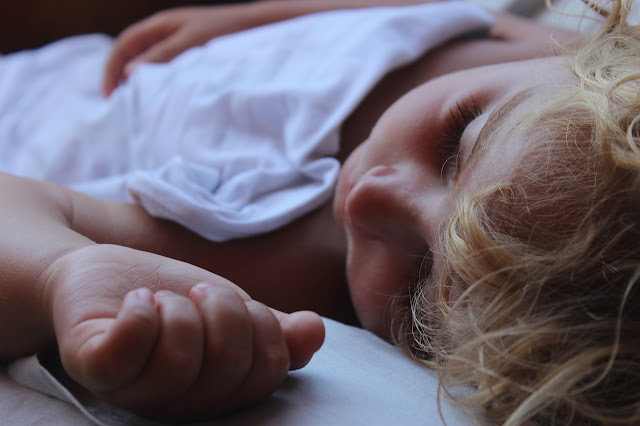