The reason this genital surgery started to be performed on infants without anesthesia is twofold:

(1) It was commonly believed that babies 'do not feel pain' the same way adults do. Today, we know this is entirely false - newborn babies actually have a heightened sense of touch/feeling/pain so that they are able to feel their way around their mother's body in the early days/weeks of life.

(2) It was believed (and heavily promoted by key physicians at the time) that if this intense - almost unbearable - pain of genital cutting was connected with sexuality, it would further reduce a boy's desire to touch himself or use his penis 'inappropriately' as he grew older. Connect pain with sexuality right from the beginning of life, proponents taught at the time, and sexuality would take a back seat to more 'righteous' endeavors in boys' and men's later lives.

What follows are several quotes from influential practitioners at the beginning of the North American push to circumcise, to offer up an example of where and why such madness began in our culture. To dismantle such pervasive myths, we must first understand where their roots lie. It is very clear when reviewing early materials on the foreskin and circumcision that physicians knew this organ played a key role in men's sexuality, normal functioning and pleasure, and that its amputation would impair each of these components of men's lives to one degree or another; a desirable outcome at the time.

"[The foreskin] is a source of serious mischief." ~William Acton, physician and venereologist (1814-1875)

"[The physiological benefit of the foreskin] is that of maintaining the penis in a condition susceptible to more acute sensation than would otherwise exist. It may increase the pleasure of coition and the impulse to it. [...] One should be thankful [for the reduced pleasure due to circumcision and increased self-control]." ~Jonathan Hutchinson, physician, surgeon, pathologist (1828-1913)

"A remedy which is almost always successful [to stop masturbation] in small boys is circumcision, especially when there is any degree of phimosis. The operation should be performed by a surgeon without administering an anesthetic, as the brief pain attending the operation will have a salutary effect upon the mind, especially if it be connected with the idea of punishment. The soreness which continues for several weeks interrupts the practice, and if it had not previously become too firmly fixed, it may be forgotten and not resumed. If any attempt is made to watch the child, he should be so carefully surrounded by vigilance that he cannot possibly transgress without detection. If he is only partially watched, he soon learns to elude observation, and thus the effect is only to make him cunning in his vice." ~John Harvey Kellogg, physician (1852-1943)

"I suggest that all male children should be circumcised. This is ‘against nature’ but that is exactly the reason why it should be done. Nature intends that the adolescent male shall copulate as often and as promiscuously as possible, and to that end covers the sensitive glans so that it shall be ever ready to receive stimuli. Civilization, on the contrary, requires chastity, and the glans of the circumcised rapidly assumes a leathery texture less sensitive than skin. Thus the adolescent has his attention drawn to his penis much less often. I am convinced that masturbation is much less common in the circumcised. With these considerations in view it does not seem apt to argue that ‘God knows best how to make little boys.’" ~R. W. Cockshut, Circumcision, British Medical Journal, Vol. 2 (1935): 764. 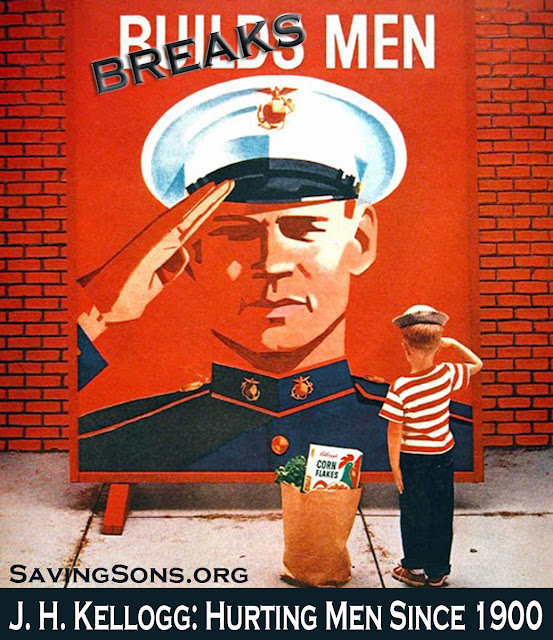 Marked in Your Flesh: Circumcision from Ancient Judea to Modern America (book)

Circumcision: A History of the World's Most Controversial Surgery (book)

Circumcision in Canada: A Short Chronology of Events

The Rise and Fall of Circumcision in New Zealand

Intact vs. Circumcised: A Significant Difference in the Adult Penis

Functions of the Foreskin; Purposes of the Prepuce