Mouse in the House

By Laura Mazza - Mum on the Run
Read more from Mazza at: TheMumOnTheRun.com
Originally on Facebook. Published with author's permission. 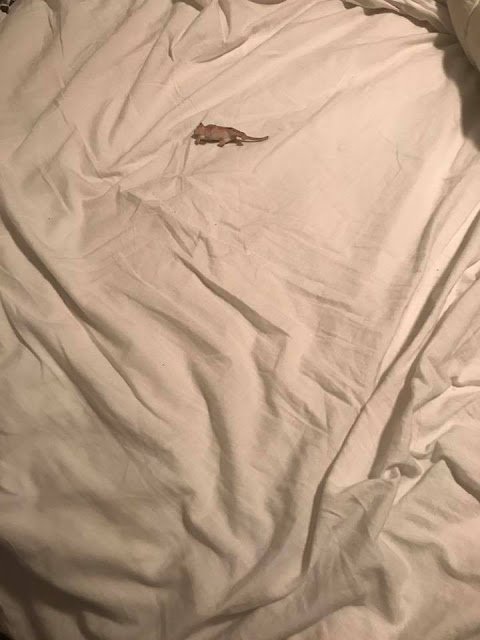 Okay so I've been debating whether to post this because I'm convinced people will think I'm an incapable human being at life and adulthood, but I've figured they're right and I may as well.

Today I saw a mouse in my son's room.

Stewart Little has decided to come into my house and set up camp near my son's drawers. (Not his pants American people, his clothes' drawer thing).

I saw it and I froze. And it was the kinda freeze that you feel like you shouldn't even breathe. Where your air escapes your lungs. I'm trying to find my pulse again when my daughter decided to strut into the room with her toddler swag and I screamed no! And it wasn't just any no. It was the loudest noooooooooooooooooooooo I've ever made in my life.

So I shut the door and I leave little Jerry (Tom's mate) to his own devices.

He answers the phone and I say "mouse" -- I stutter because I'm fucking terrified. This is no Mickey Mouse, okay. This is Ratatouille, but smaller, and he isn't making some delicious soup, he's gonna spray out pebble poo and make babies everywhere and in my son's ears and they'll crawl in my mouth... mouse in my mouth!!!

"No babe, there's a mouse in Luca's room! You need to come home NOW and take it outside!"

Obviously this guy hasn't seen the movie 'Witches' where the witch turns into a mouse after eating soup and gets stomped on by the chef and green pus sprays out.

"There are children in the house, your children. You need to come here. I can't save them."

"Okay I'm being serious; there's a mouse in the house and I'm FREAKING THE F OUT."

I actually did swear but I'll try and be cool in the post. Pretty sure I called the mouse the C word.

I open the door so slowly... inch by inch in snail speed, so slow that I can hear my husband asking if I'm still there.

I shut the door.

Oh my lord the mouse is dead. I have a DEAD mouse in my house. I start to cry a little bit.  "It's dead... it never had a chance to live its life."

"Babe just go scoop it up with a piece of paper and put it in the bin. I have to go to a meeting."

So I hung up on him. Because obviously I'm alone in this. I'm alone and I need to be the brave one...

So I take a couple of swigs of whiskey, and say, "Okay, Laura, today is the day you will fight your biggest fear in life and remove a dead mouse from your house." I said this about 10 times in the mirror, and slapped myself a few times before I bolted down the door and went charging in like a knight in shining armor with a piece of paper screaming like the warrior woman I am and charge up onto this dead mouse in my house and I realize...

I realise it's not a mouse. No, not a mouse at all... It's a tiny leopard... A tiny toy leopard. I nod to myself and say, "We shall never tell a soul about this."

My husband got home 4 hours later and asked me how it went... I said, "Mate, I handled that shit."

Well now the mouse is outta the bag... Pic of the bastard below. 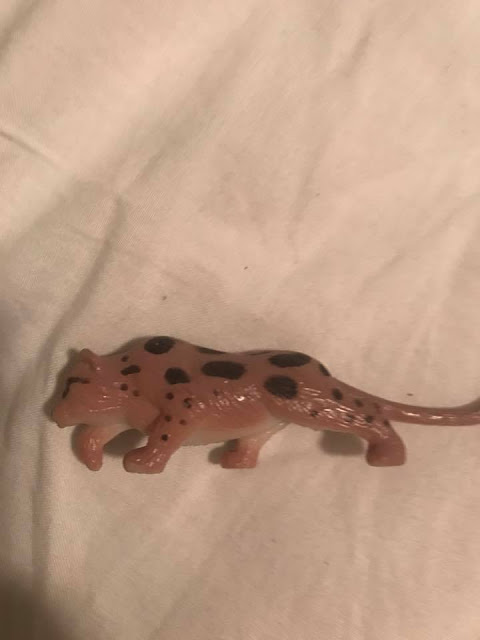 About the author: Laura Mazza - Mum on the Run