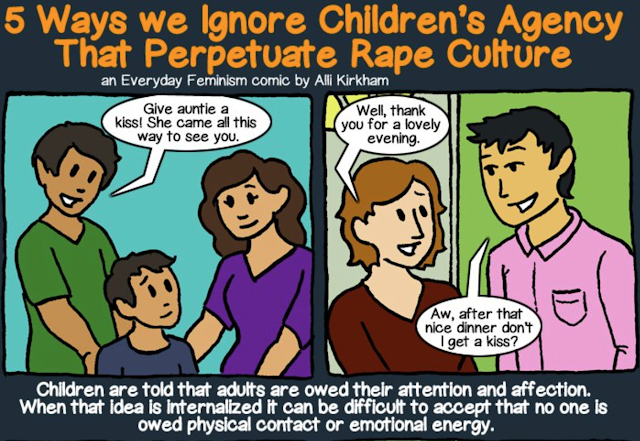 Children are told that adults are owed their attention and affection. When that idea is internalized, it can be difficult to accept that no one is owed physical contact or emotional energy. 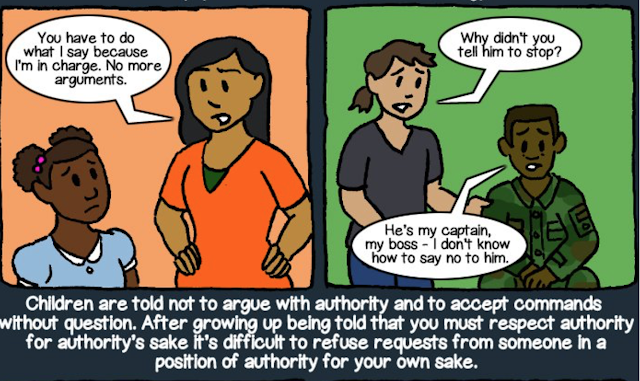 Children are told not to argue with authority, and to accept commands without question. After growing up being told that you must respect authority for authority's sake, it is difficult to refuse requests from someone in a position of authority for your own sake. 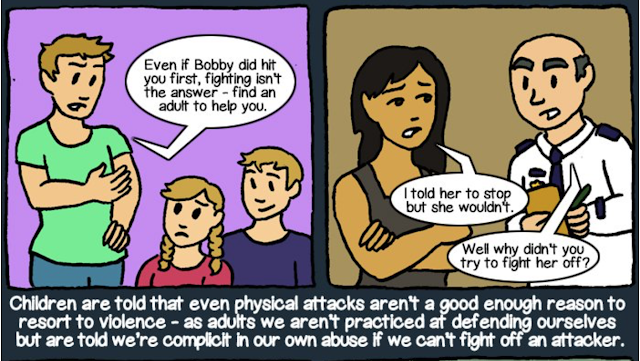 Children are told that even physical attacks aren't a good enough reason to resort to violence -- as adults we aren't practiced at defending ourselves, but are told we're complicit in our own abuse if we cannot fight off an attacker. 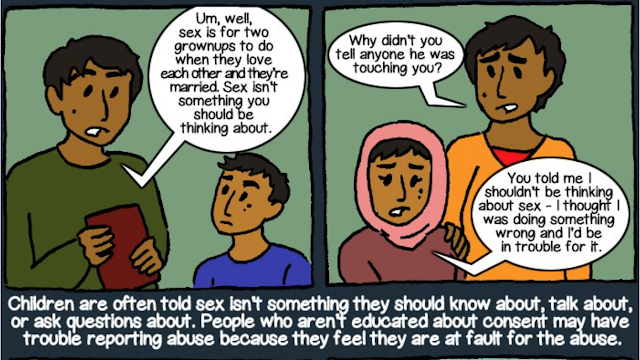 Children are often told sex isn't something they should know about, talk about, or ask questions about. People who aren't educated about consent may have trouble reporting abuse because they feel they are at fault for the abuse. 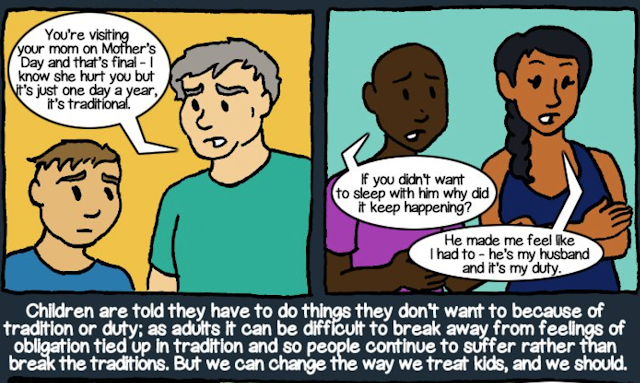 Children are told they have to do things they don't want to do because of tradition or duty. As adults it can be difficult to break away from feelings of obligation tied up in tradition, so people continue to suffer rather than break these traditions. We can change the way we treat children... 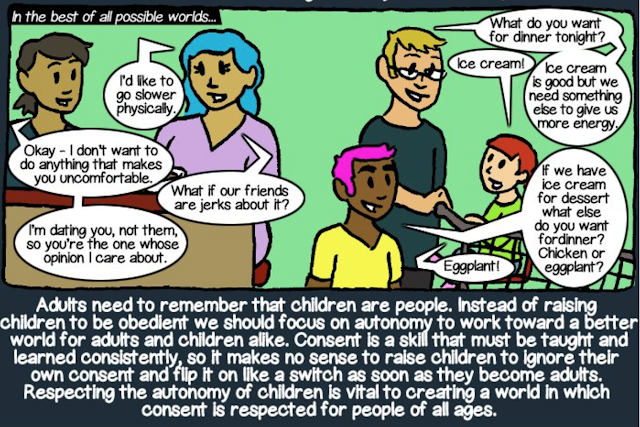 Adults need to remember that children are people - human beings, too. Instead of raising children merely to be blindly obedient, we should focus on autonomy to work toward a better world for children and the adults they become. Consent is a skill that must be taught and learned consistently. As such, it makes no sense to raise children to ignore their own consent, and then be expected to flip it on like a switch as soon as they reach adulthood. Respecting the autonomy of children is vital to creating a world in which consent is respected for people of all ages.