By Karen Glennon
Further reading on the 2012 AAP Policy Statement 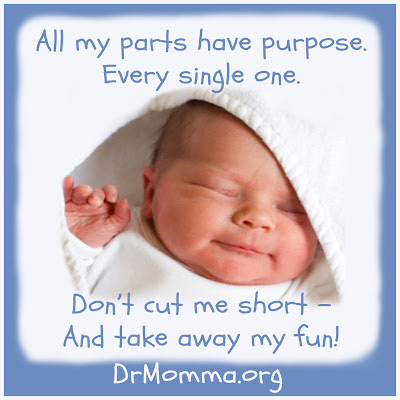 Each parent that says no to circumcision will raise a child to whom the whole body is normal. I am on the 40 year plan with my intact education and advocacy. If I reach a young adult in their teen years now and they go on to have a whole child in a few years - then that child grows up with a normal whole body. In 20 years, that (1st generation) whole child will be an adult who may have a (2nd generation) whole child of their own. In 20 years that 2nd generation whole child may have one of their own and we’ve arrived at the 40 year mark with 2 generations of acceptance and appreciation and normalization of the natural male body.

How do we get young people to leave their future children whole? We educate them about the anatomy and function of the foreskin. In all my years of face to face demonstration/education on this issue, I have never failed to get a young person to listen to me talk to them about normal sexual development and function of the sexual organs. Young people do not get this information from their parents, from school, from text books, from porn, from their peers or from pop culture. I cannot tell you how many people (of all ages) have said to me “No one has ever told me this.” (I get this same response from older adults too!)

If you do not know what something is made of and how it works, it doesn’t have value to you. You never go to a yard sale, an antique shop, an auction and pick up an item you do not recognize, you know nothing about and say “Wow, this is so neat, I just have to buy it!” You cannot find value in something if you do not know what it is and what it does. The same is true for the foreskin. This is exactly why the prevailing myths in America of “oh, it’s gross” and “it’s dirty” and “it’s a useless flap of skin” thrive – people know nothing of its structure and function.

They do not know:
When they learn this – suddenly the foreskin has value! Once a person sees it has function for the man and for his partner, it is much easier for them to allow into their minds the idea that a man shouldn’t be robbed of this function and value. All of a sudden his bodily integrity seems important. His right to choose seems important.

It’s easy to counter the myths when you believe the foreskin has some importance. All of a sudden hygiene is easy to explain with a shower and “retract, rinse, replace” is easily understood.

All of a sudden infection is easily explained by the fact that girls get genital infections and we medicate them, we do not amputate their genitals. We can do the same for men. (Also, if penile infections were really such an issue, we’d have a section in the drug store for penile infection creams. We certainly have a female genital infection medication section – full of creams and products to “freshen” our nether regions. Ever wondered why we don’t have these products for men? Perhaps these infected penises are truly a myth!)

All of a sudden it’s not just a little snip. It’s the elimination of what will ultimately become 50% or more of the penile skin. It is the destruction of an exquisite system designed to protect the glans in babyhood from the diaper environment, and from abrasion with clothing for the rest of life.

None of these facts sway people until they first establish a value for the foreskin. Until they understand and believe a value in it, circumcision will always be a valid 'parental choice' to protect a baby from disease and to conform to society (in America).

The medical community will not stop soliciting circumcision until the liability of risk outweighs the profits to be gained. This will only happen when lawsuits for damage are greater than profits. While there have been many gross injuries and even deaths, they don’t get the attention they deserve because we don’t value the foreskin more than the risks of cutting babies. The uneducated public is willing to ignore the few horrible mishaps for the greater myth of a cleaner, prettier penis because they don’t know the value of the foreskin.

I know that so many of us are disheartened by the AAP’s new policy statement, but we have to realize that the AAP is a professional trade organization and it exists for the promotion of its members – pediatric doctors. It is not, and never will be, a patient advocacy group. They have a profit line to maintain and a drop in circumcision rates is not beneficial to them.

They will not stop soliciting circumcision until one of two things happens (or both):


1) The financial risk of performing this unethical surgery outweigh the profit to be made: lawsuits for botched circumcisions or bodily integrity violations cost too much.

2) The majority of parents staunchly refuse, forcing them to do an internal evaluation of the procedure. I suspect it would take 75% or so refusing before this happens.

Don’t lose faith. The truth has its own longevity. The human body is genetically programmed to form a foreskin. It will always do this. All we need to do is understand its function to give it value. That which we value, we care for. It’s all about education.

Related Reading on the AAP and Circumcision 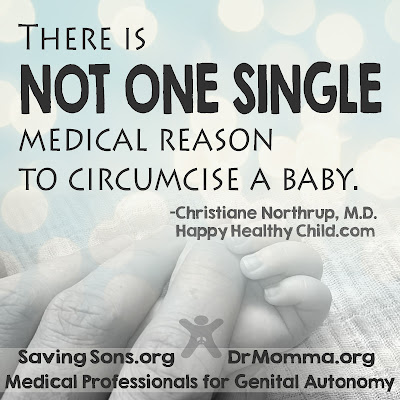