Gestational Diabetes - A Diagnosis Still Looking for a Disease?

Nowhere in obstetrics is there such a discrepancy between evidence and practice as in the matter of gestational diabetes. This diagnosis has been mentioned briefly in several issues of our newsletter, in order to illustrate the frequent 'nocebo effect' of prenatal care. (1,2,3,4) I have recently received so many phone calls of sorely distressed women that I find it necessary to provide updated answers to frequently asked questions.

How to explain with simple words the real meaning of this scary diagnosis? How to explain that it is not a disease like with symptoms leading to complementary inquiries, but the mere interpretation of a laboratory test?

It is essential to emphasize that such a diagnosis is made after the 'glucose tolerance test' is included in the battery of tests routinely offered to pregnant women. It is easy to illustrate this fact by referring to the results of a huge Canadian study.(5) In some parts of Ontario routine screening was interrupted in 1989, while it remained usual elsewhere in that state. It became clear that the only effect of routine glucose tolerance test screening was to tell 2.7% of pregnant women that they have gestational diabetes. It did not change the statistics of prenatal mortality and morbidity.

Simple physiological explanations can also help reassure a certain number of women. One role of the placenta is to manipulate maternal physiology for fetal benefit. The placenta may be presented as the advocate of the baby, so that the transfer of nutrients to the fetus is optimized. It is via hormonal messages that the placenta can influence maternal physiology. The fetal demand for glucose increase gradually throughout pregnancy. The mother is supposed to react to this demand by reducing her sensitivity to insulin(6) This leads to a tendency towards hyperglycaemia that is easily detectable after a meal or after ingesting glucose. Some women can compensate their peaks of hyperglycaemia more effectively than others by increasing insulin secretion. When hyperglycaemia peaks above a pre-determined conventional threshold, the term 'gestational diabetes is used. In general glucose tolerance will recover its usual levels after the birth of the baby.

The practical advice one can give to women carrying the label of 'gestational diabetes' should be given to all pregnant women.another reason to question the practical benefits of such a diagnosis. This advice concerns lifestyle, particularly nutrition and physical activity.

Nutritional counseling should focus on the quality of carbohydrates. The most useful way to rank foods is according to their 'glycaemic index'(GI). Pregnant women must be encouraged to prefer, as far as possible, low GI foods. A food has a high index when its absorption is followed by a fast and significant increase of glycaemia. In practice this means, for example, that pregnant women must avoid the countless soft drinks that are widely available today, and that they must also avoid adding too much sugar or honey in their tea or coffee. Incidentally, one can wonder if the tolerance test, which implies glucose consumption (the highest substance on the GI), is perfectly neutral and harmless. GI tables of hundreds of foods have been published in authoritative medical journals.(7) These tables must be looked at carefully, because the data they provide are often surprising for those who are still influenced by old classifications contrasting simple sugars and complex carbohydrates. Such classifications were based on the mere chemical formula.

From such tables we can learn in particular that breakfast cereals based on oats and barley have a low index. Wholemeal bread and pasta also are low-index foods. Potatoes and pizzas,(8) on the hand, have a high index and should therefore be consumed with moderation. Comparing glucose and fructose (the sugar of fruit) is a way to realize the lack of correlation between chemical formula and GI. Both are hexoses (small molecules with six atoms of carbon) and have pretty similar chemical formulas. Yet the index of glucose is 100.versus 23 for fructose. This means that pregnant women must be encourage to eat fruit and vegetables, an important point since pre-eclampsia is associated with an oxidative stress.

The quantity of carbohydrates should also be taken into consideration. French nutritionists showed that, among pregnant women with reduced glucose tolerance, there is no risk of having high birth weight babies if the daily consumption of carbohydrates is above 210g a day.(9) This implies a moderate lipid intake. About lipids, the focus should also be on their quality, the ratio between different fatty acids. For example we must take into account the fact that monounsaturated fatty acids (such as the oleic acid of olive oil) tend to increase the sensitivity to insulin. We must also stress that the developing brain has enormous need of very long chain polyunsaturates, particularly those abundant and preformed in the sea food chain.(10)

Advice regarding physical activity is based on theoretical considerations and on the results of observational studies. Skeletal muscle cells initially use glycogen stores for energy but are soon forced to use blood glucose, thus lowering glycaemia in the short term.(11) In addition, exercise has been shown to increase the insulin sensitivity of muscles and glucose uptake into muscular cells, regardless of insulin levels,(12) resulting in lower glycaemia. The effect of exercise on glucose tolerance has been demonstrated among extremely overweight women (body mass index above 33). 10.3% of obese women who took no exercise had a significant reduction of glucose tolerance, compared with 5.7% of those who did any exercise one or more times a week.(13) " A walk in the shopping mall for half an hour to an hour a couple of times a week is all that is needed", says author Raul Artal. According to what we currently know, the benefits of a regular physical activity in pregnancy should be a routine discussion during prenatal visits, whatever the results of sophisticated tests. 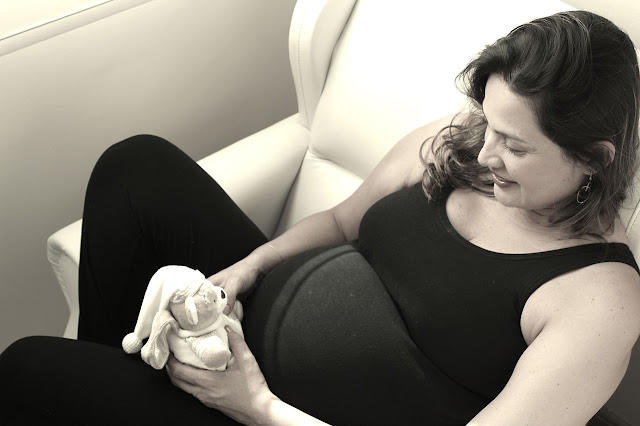 Looking for a disease

Almost everywhere in the world, 'gestational diabetes' is a frequent diagnosis. We should therefore not be surprised by the tendency to assign it the status of a disease. This might appear as a feat, since this diagnosis is not based on any specific symptom, but just on the effects of an intervention (giving glucose) on blood biochemistry. One of the ways to transform a diagnosis into a disease is to list its complications. The well-documented fact that women carrying this label are more at risk than others to develop later on in life a non-insulin dependent diabetes has often been presented as a complication.(14) But this 'type 2 diabetes' is not a consequence of reduced glucose tolerance in pregnancy. It is simply the expression, in another context, of a particular metabolic type. One might even claim that the only interest of glucose tolerance test in pregnancy is to identify a population at risk of developing a type 2 diabetes. But when a woman is looking forward to having a baby, is it the right time to bother her with glucose intake and blood samples, and to tell her that she is more at risk than others to have a future chronic disease? It is probably more important to talk routinely about nutrition and exercise.

Gestational hypertension has also been presented as a complication of gestational diabetes. In fact an isolated increased blood pressure in pregnancy is a transitory physiological reaction associated with good perinatal outcomes.(15, 16, 17, 18) Once more the concomitant expression of a particular metabolic type should not be confused with the evolution of a disease towards complications.

Professor Jarrett, a London epidemiologist, made a synthesis of the questions inspired by such associations. He stressed that women who carry this label are, on average, older and heavier than the overall population of pregnant women, and their average blood pressure is higher. This is enough to explain differences in perinatal outcomes. The results of glucose tolerance tests are superfluous. According to Professor Jarrett, gestational diabetes is a 'non-entity'.(19)

The concept of fetal complications is also widespread. Fetal death has long been thought to be associated with gestational diabetes. However all well-designed studies looking at comparable groups of women dismissed this belief, in populations as divers as Western European (20) or Chinese (21), and also in Singapore (22) and Mauritius.(23) High birth weight has also been presented as a complication. In fact it should be considered an association whose expression is influenced by maternal age, parity and the degree of nutritional unbalance. If there is a cause and effect relation, it might be the other way round: a big baby requires more glucose than a small one. It is significant that in the case of twins - when the demand is double - the glucose tolerance test is more often positive than for singleton pregnancies. Only hypoglycemia of the newborn baby might be considered a complication, although there are multiple risk factors.

Another way to transform a diagnosis into a disease is to establish therapeutic guidelines. Until now, no study has ever demonstrated any positive effect of a pharmacological treatment on the maternal and neonatal morbidity rates, in a population with impaired glucose tolerance. On the contrary no pharmacological particular treatment is able to reduce the risks of neonatal hypoglycaemia,.(24,25) However gestational diabetes is often treated with drugs. The frequency of pharmacological treatment has even been evaluated among the fellows of the American College of Obstetricians and Gynecologists (ACOG).(26) It appears that 96% of these practitioners routinely screen for gestational diabetes. When glycaemic control is not considered acceptable, 82% prescribe insulin right away, while 13% try first glyburide, an hypoglycaemic oral drug of the sulfonylureas family.

While practitioners are keen on drugs, there are more and more studies comparing the advantages of human insulin and synthetic insulins lispro and aspart,(27, 28) or comparing the effects of twice-daily regimen with four-times-daily regimen of short-acting and intermediate-acting insulins.(29) Meanwhile the comparative advantages of several oral hypoglycaemic drugs are also evaluated. The criteria are always short-term and 'glycaemic control' is the main objective.(30) The fact, for example, that sulfonylureas cross the placenta should lead to caution and to raise questions about the long-term future of children exposed to such drugs during crucial phases of their development.

The nocebo effect of prenatal care

After reaching the conclusion that the term 'gestational diabetes' is useless, one can wonder if it is really harmless. Today we understand that our health is to a great extent shaped in the womb.(31) Furthermore we can interpret more easily the effects of maternal emotional states on the growth and development of the fetus. In the current scientific context we can therefore claim that the main preoccupation of health professionals who meet pregnant women should be to protect their emotional state. In other words the first duty of midwives, doctors and other practitioners involved in prenatal care should be to avoid any sort of "nocebo effect". There is a nocebo effect whenever a health professional does more harm than good by interfering with the belief system, the imagination or the emotional state of a patient or of a pregnant woman. The nocebo effect is inherent in conventional prenatal care, which is constantly focusing on potential problems. Every visit is an opportunity to be reminded of all the risks associated with pregnancy and delivery. The vocabulary can dramatically influence the emotional state of pregnant women. The term "gestational diabetes" is a perfect example.

When analyzing the most common reasons for phone calls by anxious pregnant women, I have found that, more often than not, health professionals are ignorant of or misinterpret the medical literature, and that they lack of understanding and respect for one of the main roles of the placenta, which is to manipulate maternal physiology for fetal benefit.

Prenatal care will also be much cheaper on the day when the medical and scientific literature will be better interpreted! 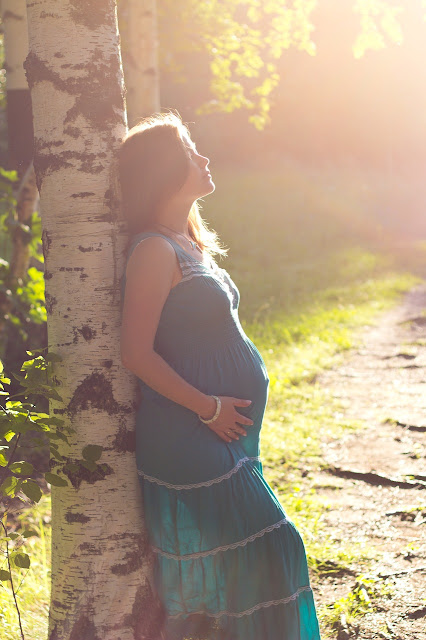 An article of the same title appeared in The Journal of Prenatal & Perinatal Psychology and Health (JOPPPAH), Volume 19, Number 2, Winter 2004