Jennifer Block is a brilliant woman. Her research is exceptional. Check out her latest book, Pushed: The Painful Truth About Childbirth and Modern Maternity Care. 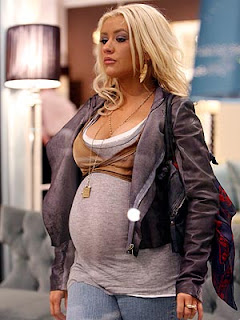 I know, I know. You must be getting tons of advice about pregnancy, motherhood, and everything else right now. You get the bump, and suddenly everybody feels like butting in. So my apologies straight off for joining the choir. Let me also say that making babies, having babies, not having babies -- it's all about choice. So the way you give birth is ultimately your choice to make, and you have that right.

I'm writing this letter because I hear you've chosen to schedule a cesarean section... I hear this from the online gossips (admittedly, not the most reliable source of information, but they are even reporting a date: January 10). And because I presume you are a healthy woman, and because I am journalist who spent years researching childbirth, I feel obliged to tell you a few facts about scheduled "elective" cesareans -- major surgery without a medical need. It's all about choice, yes, but hopefully an informed choice, right?

Here are some highlights: A cesarean is probably going to mean more pain for you. I know it sounds wrong -- the thinking behind scheduling a C-section is to avoid the pain, right? You'll skip the pain of labor, yes, but women report longer, more grueling recoveries and more lingering abdominal pain following a cesarean. This makes sense when you think about the fact that surgeons have to create an alternative birth canal in your belly, which requires cutting through several layers of skin, fascia, muscle, and your uterus -- way down low at the top of the cervix -- and then sewing it all back up. You're also going to lose more blood during surgery -- twice as much as you would with a normal birth (if you were birthing vaginally, this c-section blood loss would qualify as a hemorrhage!) Aside from the risks of the surgery itself (infection, organ damage, anesthesia complications, etc.), you're also setting yourself up for a higher risk of future reproductive complications, even if you decide on another cesarean. You can read more about all of this on my blog, pushedbirth.com.

As for your baby, the research shows that the normal, physiological birth process -- labor that begins spontaneously, progresses without unnecessary interference, and concludes with a normal vaginal delivery and immediate skin-to-skin contact between mother and baby -- is superior for the baby in numerous ways, most importantly in his or her ability to breathe. Babies who are born without labor, including babies born by scheduled cesarean, are more likely to have respiratory troubles, which means they're more likely to end up in an incubator in intensive care, which means they have less contact with mom. Perhaps this is why an enormous study of U.S. births found that cesarean babies are more likely to die within the first three months of life. Not exactly what you'd call a head start!

In case you are choosing a cesarean for cosmetic reasons, I also wanted to tell you about something called the "overhang," also known as the "C-shelf." It's the way the belly flesh sometimes gathers above the cesarean scar, creating an unsightly sort of flap that spills over, leading you to buy a "C-panty," according to this company. Let's just say it takes the glamour out of cesarean-on-demand.

Being the superstar that you are, don't you deserve the best, most optimal care available? Here's what that would look like: labor begins on its own; you are free to move about during labor, free to eat, drink, take showers, take baths, get massages, get rest; and you push your baby out in whatever position feels best, ideally one that is upright -- sitting, squatting, on hands and knees, maybe even in the water -- anything but lying flat or leaning back in bed. And you have a supportive, qualified attendant there with you, one-on-one, throughout the whole event. (Want to see some great footage of this kind of birth? Go see Ricki Lake's documentary, The Business of Being Born. It opens this week). Even though we know this is optimal, the tendency in the U.S. is for women to be needlessly pushed (hence my book, Pushed) to labor faster, under a host of restrictions, and without individual, skilled support. You -- and every other woman -- should feel justified in demanding optimal care. Why not be a role model for better birth?

You are lucky, Christina. You can get whatever kind of care you want, from an elective "C" to a midwife-attended home water-birth. For most women it's not that easy. Did you know that hundreds of hospitals have banned vaginal birth after cesarean? That's right -- while you can freely book unnecessary surgery, there are thousands of women who are being told it is their only option. And home birth? It's a great choice for healthy women with straightforward pregnancies -- in England the government is encouraging such women to give birth at home (like Charlotte Church!) -- but many insurer's won't cover it, and in some states home-birth midwives are illegal, and women who want that choice have to go underground. Can you imagine having to hire black-market surgeon?

Whatever you ultimately choose, congratulations on becoming a mother, and may you have the healthiest birth experience possible. The most important thing is having choices. But that doesn't mean all choices are equal. And I'll be honest with you: choosing an unnecessary cesarean puts you and your baby at more risk than choosing a normal, physiological birth.