Adoption as a First Choice 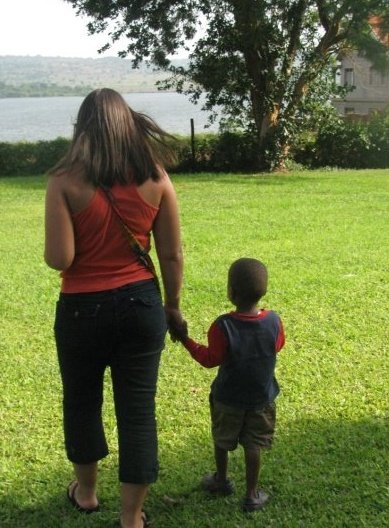 A young orphan takes a stroll with his 'Auntie,' Joyhannah, at Amani Baby Cottage in Jinja, Uganda, East Africa.
He was recently adopted and now lives with his new family in the United States.


On my Adoption.com post, How Often do Adoptive Parents Get Pregnant?, a reader posted the following comment:

As someone who is CHOOSING to adopt (we already have a young bio son and no fertility issues), it drives me crazy when people say things like, “Watch, when you bring your kids home from Ethiopia, you’ll end up having another one of your own!” The assumptions people make are astounding. It’s sad that so many people see adoption as some sort of desperate second choice. – mominma

Mominma brings up an important point that many people miss: Not every hopeful adoptive couple tries to conceive a baby first.

I have a good friend who has adopted several times and never tried to conceive a baby. She and her husband decided from the very beginning that they wanted to grow their family through adoption, so they never knew whether or not they were fertile. Their fertility was irrelevant to them and their growing family. While this woman can empathize with adoptive mothers who grieve their infertility, she cannot personally relate because her fertility never mattered much to her.

I have another friend who also chose adoption as a first option. She and her husband elected to adopt a sibling group out of foster care. Not every adoptive couple has room in their life, or the physical space, to accommodate an adopted sibling group. As such, without couples like these, few birth siblings would have the opportunity to stay together in forever homes.

Not every couple has the desire to take care of a baby. Babies are hard work and take a great deal of parenting effort, especially in the first years of life. After potty-training my son, I can certainly appreciate a child who comes potty-trained! Many expecting women today who are pregnant find support in choosing adoption.

Some couples also believe that there are already enough babies desperately in need of tender loving parents, and feel no need to 'make more'. Instead, they would rather provide a good home to a child who is already in need of one.

Still other couples come together later in life and do not desire to start a biological family in their forties or fifties. They would rather parent older children and participate in their activities while not having to worry about paying for college and retirement at the same time.

Some couples have hereditary issues that they do not want to pass along to biological children. For example, people with hemophilia may want to end the disease for good rather than risking its spread to another generation. Those with a family history of mental or physical illness may not wish to risk birthing a child who could inherit the disorder.

While some people view adoption as “second best,” this is simply not the case. A local social worker reminds her clients that because something is occasionally second choice for some, this does not make it second best. Adoption is simply a different way of growing your family and does not need to be compared or contrasted with other ways of growing families.

And for some people, adoption truly is a first choice.