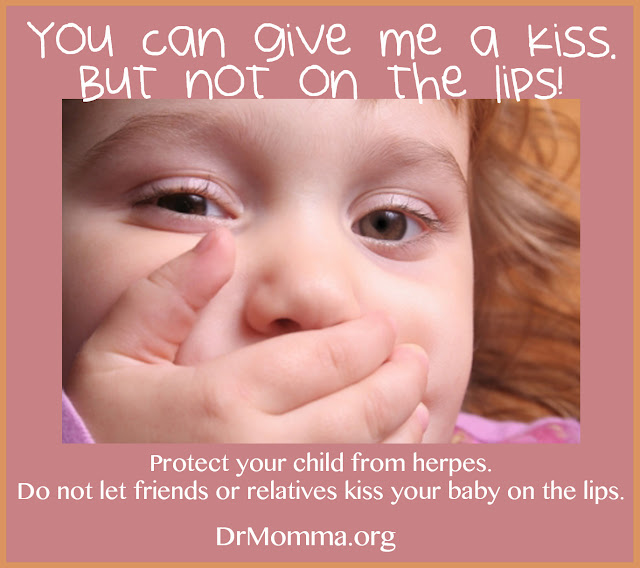 The number one way that babies contact oral herpes is by people kissing them on the mouth. The majority of adults living in North America have oral herpes ('cold sores'), and live with only occasional discomfort. What most people don't realize is that this same virus can be devastating, and even deadly, to babies, and it is transferred from well meaning adults to babies with a kiss.

Protect your little one by not allowing other people to kiss your baby or young child on the mouth (or by the eyes - which can also contract the herpes virus). Kissing on the forehead, top of the head, giving hugs, etc., are all safe forms of affection. If a parent knows that you get an occasional cold sore, the safest thing to do is lavish your little one with love, hugs, and kisses -- but not on the mouth. 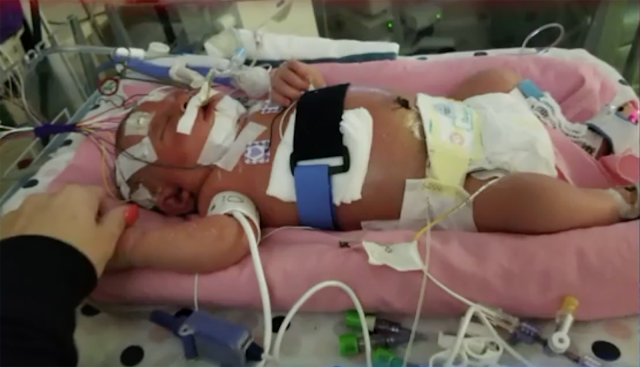 It should have been the best week of their lives as Nicole and Shane Sifrit from West Des Moines gave birth to a baby girl named Mariana July 1st and married July 7th. "The birth of our baby was great. It is one of the best feelings in the world when you can bring a child into the world," said Shane.

Just two hours after they exchanged I do's they noticed something terribly wrong with their week old baby girl. Nicole said, "Friday we noticed she stopped eating and wasn't waking up when we were trying to get her to respond."

Leaving their own wedding early to go to Blank Children's Hospital in Des Moines they learned Mariana had a life threatening virus called Meningitis HSV1 carried by someone with the cold sore virus but not necessarily with an open sore. "They touch her and then she touches her mouth with her hand," explained Nicole.

Mariana's parents tested negative for the virus and she was sent to the NICU. Shane said, "It immediately went downhill from there. Within two hours she had quit breathing and all of her organs just started to fail"

Monday Mariana was life-flighted to Iowa City to the University of Iowa Hospital. "Just constantly watching every vital sign and she is currently on life support to help her by right now," said Nicole. 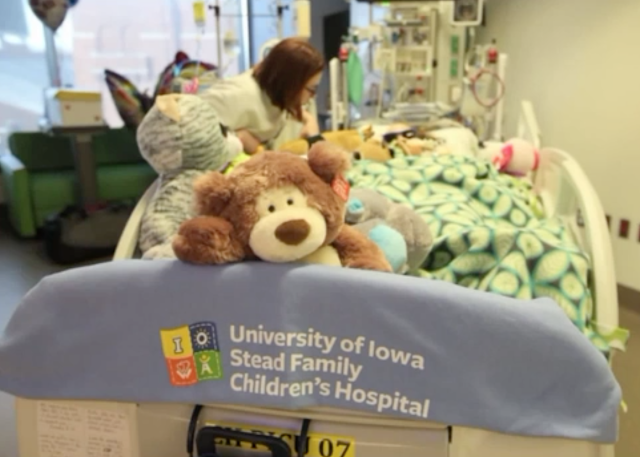 In dire circumstances Mariana isn't giving up. Nicole said, "She has a kidney team, a liver team, a blood team, a neurology team."

A horrific turn of events that the Sifrit family hopes can save others. Shane said, "I always thought this stuff happens and it's a shame and never thought it would happen to me. I was not prepared at all." Nicole added, "Keep your babies isolated. Don't let just anyone come visit them. Make sure they are constantly washing their hands. Don't let people kiss your baby and make sure they ask before they pick up your baby."

Now they hope to prepare for Mariana's fight to become victorious. "It's astounding how strong she is and how much she's fighting for just a little baby and that has to be God," said Shane. "I have to stay strong for her because she is still staying strong," added Nicole.

The Sifrits say the best case scenario would be that Mariana is in the hospital another month before she's in the clear. They say if she can survive, the damage done by the virus will cause long-term health issues.

Update: Baby Mariana loses her fight at 18 days old; dies from cold sore virus. Parents are urged to not let others kiss your baby on the face: DrMomma.org/2017/07/18-day-old-baby-dies-from-cold-sore.html