The anonymous author who posted on cityfile (below) gets one point right -- parents today ARE keeping their sons intact, and, as a result, there are less infant foreskins to use in face cream. However, this is not a 'problem that is relevant to everyone'... A baby's penis belongs on his body - not on our faces.

For more information about the sale of foreskins and their use in cosmetics and skin grafting, also see:

The Foreskins in Oprah's Face Cream 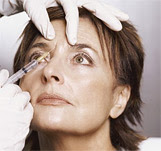 Unless you have young sons, you might not be aware that circumcision is on a downward trend, and that the anti-circumcision lobby is gaining ground. Not your problem? Well, it turns out that this issue is suddenly of relevance to everyone: Foreskins are the latest tool in the fight against aging, and we're going to need a constant fresh supply!
Developed by a biomedical company, "Vavelta" is a clear liquid, made from millions of microscopic new skin cells cultured from babies' foreskins, which is then injected into the skin to treat wrinkles, sun damage, and scars.
The clinical trials, which took place in London using "material" from a US hospital, have just been completed and reportedly show the technique to be "astonishingly effective." So there's a minor "ick" factor. But what's that compared to injecting your face with deadly poison or cow skin, or indeed to (gulp) actually aging?
Would you undergo anti-ageing treatment using cells from circumcised newborn babies? [Daily Mail Question]
In the event that the Daily Mail article is removed from their site, here it is in its entirety:
*Names have been changed and locations removed for the privacy of individuals
For more than 30 years, Maddy Johnson, 44, mother of three, hated her pitted and acne-scarred cheeks. "I never saw myself in the mirror," she says. "I just saw my scars." The effect on her confidence was catastrophic. "I used to hide behind my hair. I felt unattractive all the time."

This summer, Maddy, a surveyor, agreed to have her face injected with millions of microscopic new skin cells, cultured from babies' foreskins, as part of a trial into a new cosmetic procedure. 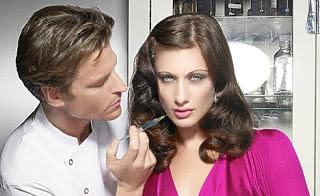 This treatment, called Vavelta, has been developed by the British biomedical company Intercytex. What is radical about it is that it seems to rejuvenate and restructure aging and damaged skin from the inside by repopulating the lower layers of the skin with millions of healthy young skin cells. Unlike fillers and Botox, it is claimed to be permanent.

Vavelta is a clear liquid in which tiny skin cells, called fibroblasts, are suspended. These are derived from baby foreskins donated by mothers at a hospital in the U.S. after routine circumcision.

The mothers and babies are screened before the foreskins, which would otherwise be discarded, are used. Once in Britain, they are divided into pieces less than a centimetre square and treated with enzymes to release the fibroblasts. These are grown in sterile conditions in labs.

The process is monitored by the Food and Drug Administration (FDA) in the U.S. and by Britain's Human Tissue Authority.

Fibroblast cells are responsible for the repair and maintenance of youthful skin, pumping out collagen to create a line-free complexion. But as we age, they become dormant and many die. In trials, Vavelta appears to make skin smoother, thicker, more resilient and younger.

The treatment is not instant as the cells need time to settle into the dermis before they start to reproduce and stimulate new collagen, so results can take a month or more to register.

Vavelta is so new that results of the final clinical trials - on burns scars - aren't completed. But so far, it seems to work for most people and, in some cases, it is astonishingly effective.

Certainly Maddy Johnson is thrilled. "It has made a huge difference to me. I jumped at the chance to take part in the trial. I had the first treatment in May and the second in August. At first I was cynical, especially as there was no immediate effect. But over two months there was a softening as the coarse indentations smoothed out. I'd rated the improvement at 80 per cent. I feel wonderful. After years of embarrassment, I feel free. I'm even dating again and I never thought that would happen."

Sarah Myer, 48, who works in PR, volunteered for a medical trial of the treatment to see if it could reverse the aging process. "I had my nose-to-mouth lines treated a year ago. I had two treatments six weeks apart and each took five minutes. The injections were done with a fine needle and were almost painless. I was hugely skeptical as I walked out looking exactly the same. But gradually I started to notice I looked more lifted. When I compare my before and after photos, I can see a difference. I like the fact that the treatment is long-lasting. The drawbacks are that it is expensive and takes a while for any effect to show."

A vial of Vavelta costs £750, and to treat two cheeks for acne scarring would need two. By contrast, Botox costs from £250 and fillers are from £300.

However, Vavelta's advocates say it appears to be able to treat conditions for which there is no other effective solution and, unlike laser treatment, there is no need for recovery time.

"I think Vavelta will be particularly useful for hollows and fine lines under the eyes and especially purse-string lines around the mouth, which are hard to treat," says Dr Nick Lowe of the Cranley Clinic in London. "Fillers are not effective in these areas, while lasers can be painful and cause redness or peeling."
Asked to rate the improvements out of ten, the female volunteers gave it a score of 7.8. Professor Lowe rated it at 7.6, and found wrinkles were improved in 75 per cent of cases. "Patients who have sun damaged skin, burns or scars seem to respond best," says Dr Robin Stones, medical director of the Court House Clinics. "Burns also appear to respond well, and I've had a fantastic result on a raised, red, painful caesarean scar, which just melted away in less than three weeks. It doesn't work on everyone or on every type of acne scar. But because scarring causes psychological damage, when the treatment works, we are talking about a life-changing effect."

Is Vavelta safe? It seems so. Research has shown the cells are not rejected by the body. Transient redness and itching are the only reported side effects.

So while Vavelta is not instant and certainly not cheap, it can transform some women's skin. Maddy Johnson is totally convinced. "It has transformed my life," she says.
Related News:
Vavelta may be the new wave anti-aging treatment (New York Times): https://www.nydailynews.com/life-style/new-anti-ageing-treatment-foreskin-article-1.337113
A cut above the rest? Wrinkle treatment uses babies foreskin (Scientific American): https://www.scientificamerican.com/article/a-cut-above-the-rest-wrin/
Foreskin for clear skin? (Popular Science): https://www.popsci.com/scitech/article/2008-11/foreskin-clear-skin/
*******
Saving Our Sons Community
Intact: Healthy, Happy, Whole