Stepping Away from Friendship in the Name of Human Rights 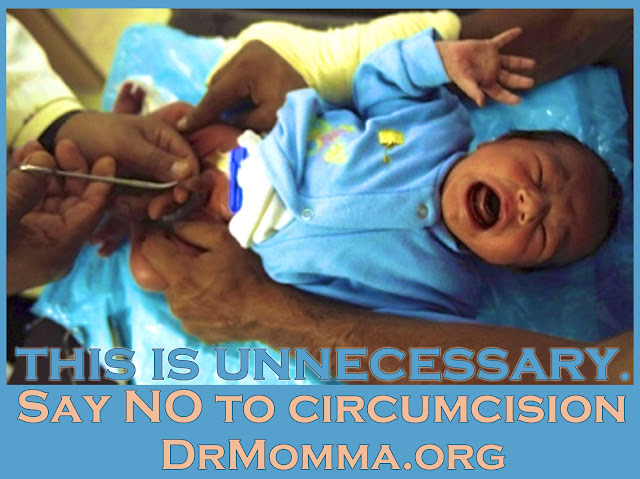 I've read a few comments lately on the peaceful parenting Facebook page that are along the same lines as this particular one:

I have concerns with people who talk about not being friends with someone who circumcises their children. Some people also call it 'child abuse'!? This is a bit disheartening. How can we possibly educate people and lead by example if we alienate ourselves and live in a bubble surrounded by people who think exactly like us?

I certainly appreciate the genuine care and concern this wise question poses. Here is my response:

I do not believe that people let friends go who made past mistakes. We all make mistakes - we can all learn, grow, move on and do things in more baby/child-friendly ways in the future. When we know better, we can do better. Some of my very closest friends are those who circumcised ALL of their sons before they had access to accurate information - or because they believed at the time that was what was best for their child. Each of us has room to positively progress and make different decisions along our parenting journeys.

The difference comes when someone is willfully choosing not to become informed on a subject (such as genital cutting) even though the resources and opportunity exist, and/or they elect to continue the practice of FGM/MGM on future children despite knowing its degree of detriment. Why would anyone stand silently by and say, "It's okay. We can still carry on as usual..."

Would we speak up if our friend or sister or cousin was going to circumcise their infant daughter?

What if they wanted to amputate a toe or an ear or a pinky finger from their baby 'just because' - without medical necessity?

If I wanted to circumcise my 10 year old - not because he needed it, but because I decided I just felt like doing so - I wanted his penis to look a certain way to me - would you say anything?

Would we continue a friendship with someone who repeatedly sexually assaulted babies or children without ever acknowledging their actions?

There are certain things that are choices, that may or may not inflict direct and lasting harm on others:

I might cloth diaper, a friend uses disposables;
I might wear my baby everywhere, a friend's baby rides in his carseat all day;
I might homeschool this year, a friend sends his kids to private school;
I may play with my children outside each day, a friend's children stay inside much of the time;
I may prep homecooked meals, a friend's family frequents McDonalds.

There are many differences among us that do not necessarily violate basic human rights. Surely we can befriend those who are not exactly the same as us, or the world would be a boring place of no learning/experience/growth. Differences color the world beautiful!

But there are also actions that are grave offenses to basic human rights, and to stand by and continue on as though nothing is wrong with these assaults is just as bad as being the one to perform them.

For this reason, while I will never attack or hurt anyone (we all deserve to be gently loved, respected, and given yet another opportunity for growth), I also do not choose to continue friendships with those individuals who refuse to become educated on the subject of infant genital cutting and insist on continuing to amputate healthy body organs from non-consenting girls or boys without medical need. To inflict permanent harm upon another's body is as violating as we can possibly be.

It is also possible to separate the act of FGM/MGM from the parents who've been involved. Most parents love their children very, very much (including those who have had their daughters or sons circumcised). They are not 'child abusers,' even if they are not informed of the consequences of this action. Yet the actual act of genital cutting -- to forcibly amputate or mutilate (alter beyond repair) healthy organs without medical need from a non-consenting person, forever impacting his/her body and life -- certainly qualifies as abuse.

On a broad scale, this is not about 'judging' people - this is about standing up for human rights and not bending in our position to conform to injustices around us.

It very much reminds me of the antebellum era when those standing up for the rights of slaves were offending slave owners and judging the wrongful actions around them. It took someone to stand up!

This is also not about denying our gentleness with other parents and lovingly befriending people of all walks of life -- everyone makes mistakes. Again, I have many close friends who have circumcised sons in the past, and I have made countless mistakes of my own throughout my parenting days. But these same friends have since looked into the subject and would go to great lengths to educate their children, to keep future sons intact, and to one day speak up for their own grandchildren.

If an individual refuses to become informed on the matter and elects to remain willfully ignorant and/or sadistic in their treatment of children, why would any advocate for humanity (especially babies or children) desire to continue a close relationship with that person?

He who passively accepts evil is as much involved in it as he who helps to perpetuate it. He who accepts evil without protesting against it is really cooperating with it.

I pray I never become passive in the fight against injustices in the world around me. 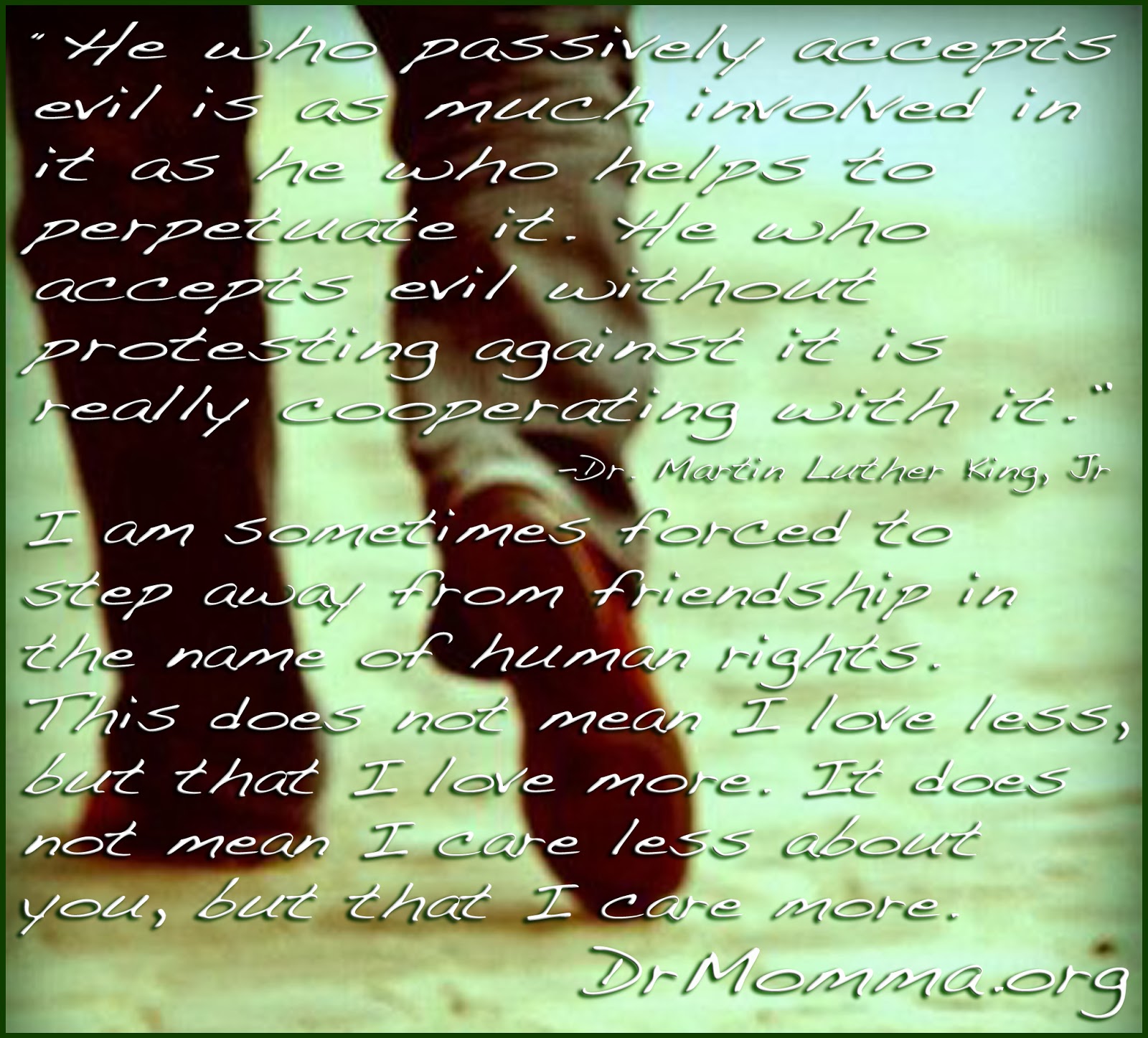