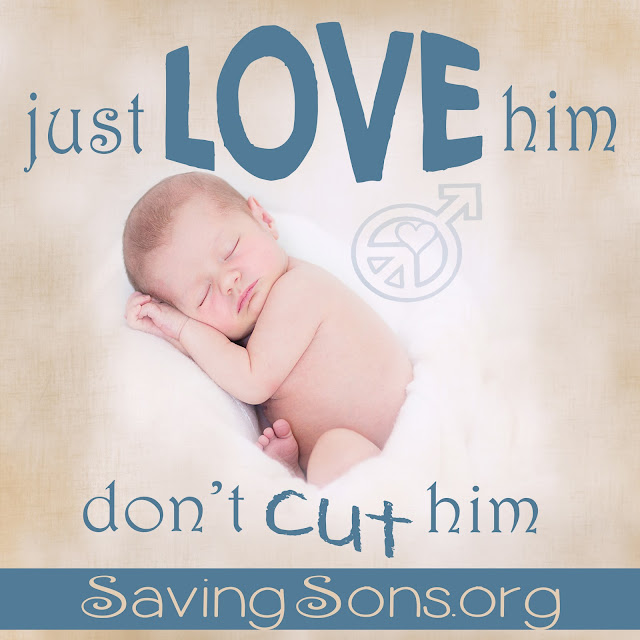 The following is a letter to Saving Our Sons, the intact education branch of Peaceful Parenting:


I want to thank you for all you do in educating people about the cruel and unnecessary act of male genital mutilation. You work to open so many minds on this archaic process built on lies.

I recently lost my second son to SIDS at 24 days old. He was a beautiful healthy baby boy who tragically passed away in his sleep. The medical examiner found absolutely nothing wrong with him. He had an extensive autopsy, and all reports showed nothing wrong.

The hospital I birthed him at kept asking me over and over again if I was going to have him circumcised. Everytime my answer was a clear NO! A day later as I nursed my sweet, perfect baby boy, a nurse came into my room and said, "I am here to take him for his procedure."

I asked, "What procedure?"

She answered, "His circumcision."

I said, "He is NOT being circumcised."

She replied, "Well, he is on the board out in the nurse's station to be circumcised."

I said, "Absolutely not! I don't know who put him on that board but I have clearly stated over and over he is not to be circumcised."

She turned red in the face and apologized. She said someone must have made a mistake.

My point is that a parent has to be diligent in making sure that even though they say NO to genital cutting, that is not done 'by mistake.'

After losing my baby boy I realized that I had to speak up and say something. I am having a difficult time as it is, and if he had suffered that unimaginable pain in his short life I would never be able to live with myself. I just want to warn other mothers and fathers. Some parents send their babies to the nursery to get some rest, and if they take them to circumcise, then the parents would not know until it is too late.

One thing I take solace in is knowing my son never had to experience any suffering, including circumcision. If I had not questioned that nurse he would have been wheeled away to face mutilation that no baby boy deserves. 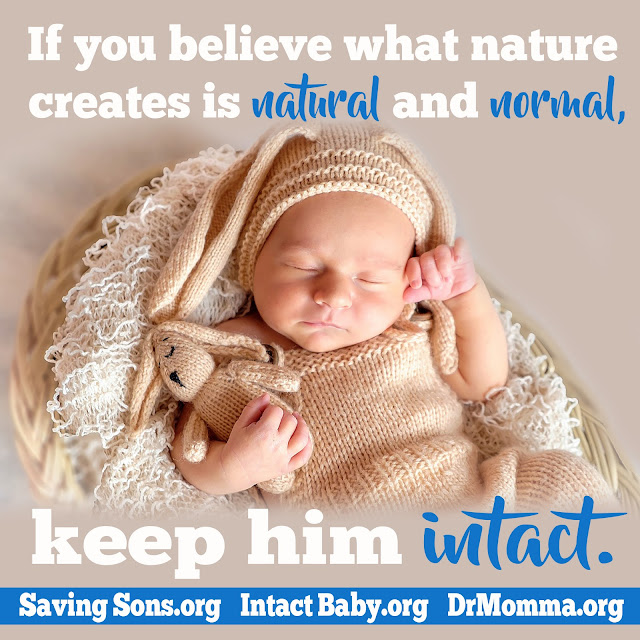