One of our midwives recently sent out a study that was performed to determine the degree to which nerve endings are impacted/not impacted as a result of circumcision. I read this study originally in graduate school, as it is actually about a decade old, and has since been repeated numerous times. Before these studies were done, there were some people who said "circumcision doesn't impact penile/clitoral sensitivity" or that men function just the same with/without a foreskin - and this study (repeated in several countries and health organizations) proved that to be very inaccurate. In fact, the significant loss of sensitivity and nerve endings due to circumcision is more than if we cut off ALL the finger tips of ALL of a man's fingers. That is what is robbed of boys, among other things. Similar studies have been done with girls/women who have been circumcised and similar (actually more significant) results are found among female populations.

Among those receiving our midwife's emails are those who I found were surprised at the results, or unknowing that any type of study had been done on this topic. One person replied with a response that highlighted some of her lack of knowledge on the topic, saying, "My husband is circumcised and he is fine..." I typically ignore topical arguments like this, finding that those individuals who choose not to research/learn/investigate truth and empirical data are those who are not going to ever care enough to do so in the future (no matter how deeply it may impact their own beloved children). But this one, I just couldn't ignore. It is too much of a passion. I believe too strongly in it, and have invested too much of my time/energy in digesting all the surrounding literature on the topic at hand.

I was going to try and ignore the previous message sent out in response to this topic...however, as a result of spending 5 years in graduate school earning degrees in both Religion & Christian Culture and Health & Human Sexuality and having recently completed my dissertation on the subject, I simply cannot let it go without responding.

Every parent is certainly entitled to his/her own beliefs/opinions/practices - however, these should be based on accurate, reliable, statistically sound information.

While I did not care one way or another about circumcision years ago, the more I learned on this topic from solidly performed research and peer-reviewed medical studies, hospital statistics, and procedure observation, the more I have come to see that this is certainly sexual abuse and genital mutilation for boys or girls no matter how it may be sugar coated in some parts of the United States today.

First - by saying, "my husband functions just fine being circumcised" is like saying a blind person functions just fine without sight. Yes, they probably are functioning as well as can be expected. Does this mean that life may not be just a bit sweeter for them if they had that particular sense all along? Does it mean that just because those who are blind function just fine that we should negate or ignore the function, purpose, and quality of life that is given to us through our eyes? Loss of senses in other aspects - sight, hearing, speech, taste, etc. are frequently those losses that are out of our control. And we do all we can to SAVE them and repair them! Yet genital mutilation - and the LOSS of a male human beings' GOD GIVEN sexual sensation -- as well as that of his PARTNER (because it does impact his wife's future sexual experience/sensation as well) -- is the one sense that we rob, cut away, and destroy from our boys/men without their consent.

To say that circ is a "commanded procedure" in the Hebrew scriptures and that is why one chooses to do so is not understanding the Hebrew, Jewish, (and latter Muslim) cultures in the day -- and WHY this was a procedure that was done (to separate the ones following the God of Abraham and Moses from those who did not). It is the same reason that other laws existed commanding people to not mix fibers -- i.e. not wearing clothing that was made from synthetic blends as we all do today -- or not eating of particular foods - animals without cloven hooves, or the mixing of flesh and sugars, or eating flesh with any blood drops... there were many Old Testament laws that Jesus and his disciples (most specifically John and Paul) preached were not important -- it was a person's INTENTION - their HEART - that mattered - not the ritualistic legalism of antiquity. Jesus provided a new life, a new way, thee one path to connecting with God (the same God of Abraham) without the old sacrifice, food, and purity laws. And he taught that it did not matter if a person was circumcised or not, if a person ate flesh and honey in the same bite, or ate meat from the temples, or wore fibers that were mixed in threads. So this argument cannot be made as justification for genital mutilation unless a person is choosing to obey ALL the antiquity Hebrew laws. And in that case - very little faith and trust and belief is being placed in Jesus Christ himself and his teachings.

Finally -- there are MANY MANY MANY studies from around the world that show significant loss of function and pleasure for men and their partners who were uncircumcised and then circumcised (for various reasons) AS ADULTS. So the men know what both feel like. And their wives know what both feel like. There is a REASON that God designed the foreskin in the same way that He designed the clitoral hood. This organ (the prepuce) is the SAME tissue and SAME function for men and women - it is an organ present in ALL human and non-human primates. (Think of how absurd and barbaric it would be if we all started cutting off the clitoral hood on our baby girls - the exact SAME tissues that we chop off our boys!)

The foreskin on the penis, and the clitoral hood on girls:

-is a specialized, double-layered sheath that covers the glans (head) and is unique in that NO other body organ contains the same number of nerves, purpose, and function as this one does.

-Although the penis and clitoris themselves are not made up of any muscle fibers, the foreskin/hood is highly elastic, intricately webbed with blood vessels, and is lined with smooth muscle that contracts and relaxes in response to touch, temperature, and emotions (it is NOT "just skin")

-contains approximately 250 feet of nerve fibers and tens of thousands of specialized erotogenic nerve endings of various types, which sense the slightest pressure, the lightest touch, the smallest motion, the subtlest changes in temperature, and the finest gradations in texture

-protects the glans (head) of the penis/clitoris from urine, feces, bacteria, viruses, and other irritations from diapers/clothes/etc - (several recent studies show that STIs - sexually transmitted infections - are in higher concentration among circumcised men than intact men, no matter their sexual orientation, sexual practices, religion, purpose for being circumcised, or number of sexual partners).

-protects against infection and scarring of the urethra opening

-the end of the foreskin/hood has a sphincter - or "lips" - that ensures optimal protection of the urinary tract in men and the clitoris in girls.

-protects the sensitivity of the highest concentration of nerve endings in the entire body -- without the foreskin/clitoral hood these delicate organs (clitoral and penile glans) become dry, calloused, and desensitized from exposure and chaffing - the skin on the glans of an adult circumcised man not only LOOKS different than an intact-covered glans does, but it is also made up of a much thicker, calloused skin with thousands less nerve endings (the body's attempt to make up for the loss of needed foreskin to protect the glans).

-releases natural lubrication to assist in sexual practices that is also highly concentrated with antibodies -- I have heard some health and human sexuality doctors state that the "problem" for many older women is not that they themselves are "too dry" or not producing enough lubrication - it is that their male partner has been robbed of his own lubrication that was MEANT to be a part of lifelong effective/pleasurable sexual intercourse for both people involved.

-is lined with a mucous membrane that is the same as the membranes found inside the mouth, inner lips, and eyelids. This membrane keeps the glans (head) of the penis or clitoris healthy, clean, shiny, warm, soft, moist, and sensitive. This foreskin/hood membrane secretes a great amount of emollients, lubricants, and protective antibodies.

-the "neck" of the foreskin - which slides over the shaft of the penis and is double-sided ranges slightly in length from man to man. However, it comprises 3/4 of the newborn penis and in adulthood is about 3 x 5 inches if it were spread out - equal to the amount of tissue on all of a man's hand/fingers or his forehead (but comprised of thousands more nerve cells than even his fingertips). This double-sidedness allows for a smooth friction motion that also enhances pleasure/sexual intercourse for both a man and his partner.

-the foreskin alone is made up of MANY different important components - the tubular tip, corona, dartos muscle sheet, frenulum, preputial orifice, smooth mucosa, ridged mucosa, and others. Once again - IT IS NOT "JUST SKIN" WE DESTROY thru genital mutilation. I would highly encourage parents to investigate these components before electing to take them away from their sons.

According to the 2006 U.S. Pediatric Advisory Board and statistics collected by the University of Michigan Health System, 1 in 400 babies circumcised in the U.S. today has his penis severely cut or scarred in a way that it is no longer able to function, is lost altogether, or the baby dies from blood infection, blood loss, or gangrene due to the procedure. Much more frequently other infections occur, not to mention significant pain, babies lapsing into coma from the horrific procedure, problems with breastfeeding, trust issues, and a drop in serotonin and oxytocin ("love hormones") in the brain affecting the child's bonding/attention/empathy levels.

There are MANY reasons that NOT ONE HEALTH ORGANIZATION IN THE WORLD recommends this procedure be done on babies.

Give your sons the option and choice of remaining intact as they are perfectly created. If they decide that is not something they desire, they can latter choose circumcision for themselves when they are able to be fully anesthetized and understand the consequences of their own decision. 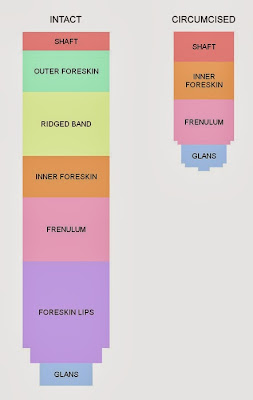