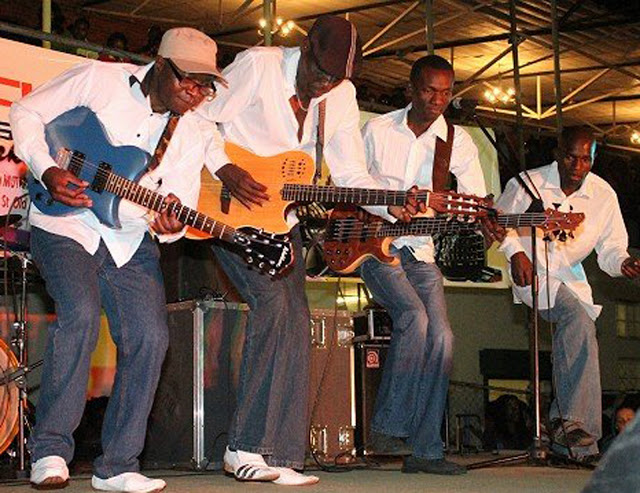 It is difficult for me to temper the sick feeling rising up as I listen to the lyrics of this 8 1/2 minute recording and picture the multitudes of African men (and their unknowing partners) who are being blindly hoodwinked by the new "Circumcision Song" playing everywhere that money will buy air time across southern Africa.

Production and recording of the song was funded by the Bill & Melinda Gates Foundation and is performed by three of Africa's well known musicians - legendary singer/guitarist, Oliver Mtukudzi from Zimbabwe, and pop stars, Winky Dee, also of Zimbabwe, and Vee from Botswana. Backup musicians for the song were gathered and coached by Kumbirai Chatora from PSI/Zimbabwe. PSI and the Champions for an HIV Free Generation in Botswana coordinated production and recording (including the final choice of lyrics).

The song launched live at the International Conference on AIDS and Sexually Transmitted Infections in Africa (ICASA) in Addis Ababa, December 4-8. [See program here.] The reception was lead by former president of Botswana, Festus Mogae, and in attendance were the many donors and stakeholders pushing the "Voluntary Medical Male Circumcision" act as a vaccine of sorts for HIV.

During the opening reception for the song's release, over 200 individuals dressed in suits got up out of their chairs and danced away to the tune, chanting with the lyrics..."If you know you are a champion...get circumcised!"

The entire ordeal is heavily reminiscent of the Tuskegee studies - only we've transported the racist 'medical' acts to another nation where they cannot be under public informed U.S. scrutiny. This time, instead of pushing black men into vaccine/disease trials through exclusive print advertisement, or telling these same men they 'must' participate, or simply lying to them face to face, or doing something to them without their knowledge or consent, we are manipulating entire nations into a decision that not only impedes their normal sexual functioning (and that of their partners) but also deceives them into believing they are somehow now protected against HIV and other sexually transmitted infections - a misconception that is costing more lives, not less, each year in areas where mass circumcision takes place and HIV is rampant.

It's tough to convince adult men to amputate the best part of their most cherished member... some have suggested this is the reason 32% of Americans continue to cut newborn babies instead - they cannot fight back. There is no 'convincing' them - no one who can verbally say 'NO' with anything other than torrential screams and kicks. Today, instead of following the voluntary circumcision proposal for adults, some African nations are beginning to follow suit, like the districts' hospitals in Uganda where all baby boys will now be cut at birth - no questions asked. Grown men should have every right to make informed decisions about what they do or do not do to their own bodies. Babies, male or female, are also deserving of that same basic level of autonomy over their bodies - to have the option for decisions to be made when they are adults, and not have that choice stolen from them.

But the tune is catchy.

The musicians are some of the biggest and best in Africa.

The money is flowing in.

And, besides, you're a smart man! You're a bright man! The African ladies love a circumcised man! You want to be cool, and clean, and healthy! And if you'll really be a champion...why not cut off a part of your penis?


The Circumcision Song
[Listen Below]

What are you waiting for?
It's cool. It's clean.
It protects. It saves lives.
Get Circumcised!

Africa, let's get circumcised!
I got me emphasize:
The spreading of the virus, night and day,
Cannot be justified.
Let them know it is clean and simple.
Get Circumcised African people!

What's up my brother?
Let me tell you a secret -
In Africa -
They love circumcised men.
Please do it: make 'em well.
Please - it's quick and simple.
They don't feel it...
It's quick and simple.
African men: invest in your lives!
Let's treat it well.
Invest in protection against HIV and STI by 60%.

If you know you are a CHAMPION!

Where Circumcision Does NOT Prevent HIV


The Cut: FGM in Africa


History of Female Circumcision in the U.S. 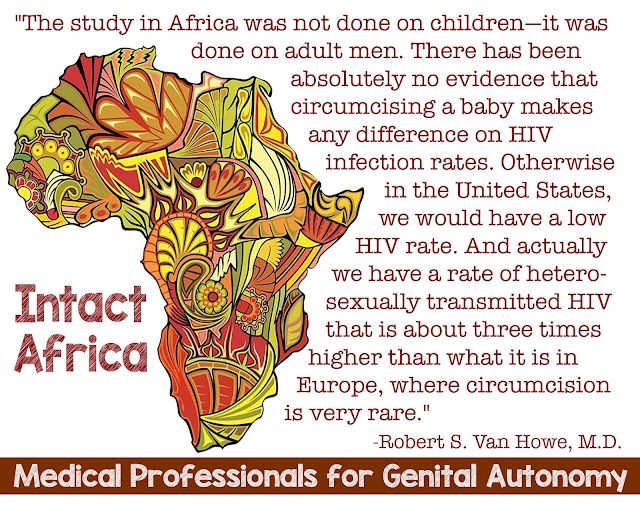