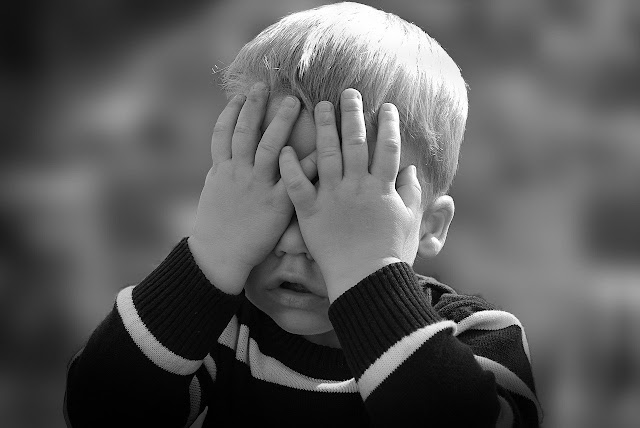 “Attachment” refers to the neurobiological assumptions and psychological associations about relationships that the infant builds in their psychosocial neurobiological memory. This “internal working model” is measured in infancy with the “strange situation” task (Ainsworth, Blehar, Waters & Wall, 1978) but also with questionnaires in later years.

In the “strange situation,” the infant is in an experimental room with the mother; mother leaves for a bit and then returns. The infant’s response to the mother’s return gives an indication of the child’s “internal working model” for intimate relationships. Three basic types of attachment have been identified through this method or through adult questionnaires about their relational habits and preferences.

When primary caregivers are consistently warmly responsive to infant needs, conveying truthfully, matching emotions and words, the child tends to develop secure attachment—an embodied belief in the goodness of relationships and a friendly social world. Secure attachment is correlated with all sorts of positive outcomes like cooperation, social skills, likability (Sroufe et al., 2005).

When primary caregivers are inconsistent in care, unreliable or untruthful, the child tends to develop insecure attachment—an embodied belief that the social world is unreliable and unsafe (Crittenden, 1998). Unlike secure attachment, insecure attachment correlates with social deficits of one kind or another and to various psychological challenges such as general distrust (Sroufe et al, 2005).

The two major types of insecure attachment studied by Western scientists are Avoidant and Anxious.  Crittenden (1998) describes these as “dealing but not feeling” and “feeling but not dealing,” respectively, in contrast to holistic “feeling and dealing” of secure attachment.

Those who develop avoidant attachment experienced emotional rejection from the primary caregiver(s) and so learned to inhibit emotion and dissociate from the body. Thus, generally speaking they have underdeveloped socioemotional intelligence, as their early environments gave little opportunity for growing it. The individual minimizes emotional needs and even turns away from the caregiver psychologically. They learn to “go into their heads” to survive successfully in their family environment. As adults, they come off as dismissive of others and of the importance of relationships generally. They have limited access to their emotions and tend to deny their needs. When stressed, they don’t activate attachment feelings and seek comfort from others, which is what a securely attached individual would do, but instead are irritable and short tempered with others.

Anxious attachment develops when caregivers are inconsistently responsive—sometimes they attend to the child and sometimes they don’t. When caregivers only respond to extreme signals (e.g., tantrums), the child learns to use emotion to control others. Those with anxious attachment consistently try to keep people tied to them, never feeling secure that their relationships are stable. The individual learns to use emotion to get attention and to distrust cognition—what people say. Just because emotions are used to get needs met doesn’t mean their socioemotional intelligence is optimally developed though, like those of the more securely attached. It just means they learn to use emotion to coerce others and even to defend themselves against thinking. Their logical capacities are underdeveloped. They are generally in a continuous state of alarm.

Abused and neglected children, with no appropriately responsive caregiver but one who scares the child, often develop a third type of attachment, disorganized (“neither feeling nor dealing”). This style is linked to clinical psychiatric disorders.

Although non-traumatized people carry implicitly a cloak of invulnerability, the traumatized do not.  Traumatized children carry a view of the world as basically unsafe (Burstow, 2005). They are attuned to threat. When trauma occurs early in life, basic personality tendencies like paranoia and distrust become integrated in a person’s psyche.

In all insecure attachment styles, the right hemisphere is underdeveloped because it is scheduled to grow more rapidly than the left hemisphere in the first two years of life—with responsive care (Schore, 2019).

Is Insecure Attachment Typical for Our Species?

It is not normal across the mammalian kingdom to raise offspring in an impairing manner, because they are less likely to survive, thrive and reproduce successful offspring. We can conclude from the perspective of our species that the basic needs of those who develop insecure attachment were not met in early life. Insecure attachment is an impairment in social cooperation capacities, key adaptations of our species (Hrdy, 2009).

Douglas, Sutton, and Cichocka (2017) identified three ego needs: social needs (need to maintain esteem for self and/or group), epistemic needs (need to make sense of the world, including with certainty) and existential needs (need to feel safe and in control). Each of these are correlated with belief in conspiracy theories. Douglas and Green (2018) note:

“Recent theorizing in social psychology suggests that individuals use conspiracy theories as an attempted defensive mechanism to address psychological needs, including the existential need for security and control (Douglas et al., 2017). Individuals with anxious attachment are preoccupied with their security, tend to hold a negative view of outgroups, are more sensitive to threats, and tend to exaggerate the seriousness of such threats. Secure and avoidant attachment styles, on the other hand, are less sensitive to threats and do not exaggerate such threats. Anxious attachment—compared to secure and avoidant attachment— could therefore potentially be a key predictor of conspiracy belief.” (p. 31)

Those with anxious attachment are not oriented to logical argument or factual statements, a common complaint about right-wingers for decades, though anyone can be resistant to evidence that goes against their beliefs.

The prevalence of insecure attachment may be a danger to maintaining a democracy. Insecure attachment undermines intelligence in the ways described, making it harder to get along with others. And citizens need to share perception of facts in order to solve the nation’s problems.

With increasing insecure attachment, we should not be surprised at an increasing number of people believing false stories that reassure them, including conspiracy theories which can lead to radicalization, especially through the algorithms of online neighborhoods like YouTube and Facebook. If anxiously attached people are more likely to throw a big fuss, having learned that pattern for getting needs met early on, perhaps we should not be surprised that conspiracy theorizing or radicalization may lead some to carry out rioting. These kinds of effects suggest the society might want to revamp policies and institutions towards supporting child wellbeing.

Sroufe, L.A., Egeland, B, Carlson, E.A., & Collins, W.A. (2005). The development of the person: The Minnesota study of risk and adaptation from birth to adulthood. New York: Guilford.

Darcia Narvaez is a Professor of Psychology Emerita at the University of Notre Dame. She is the founder of the public and professional educational outreach project The Evolved Nest Initiative whose nonprofit mission is to share her science research into developing appropriate baselines for lifelong human wellness by meeting the biological needs of infants. This baseline is imperative at this time as the United States ranks 41st out of 41 developed countries in public policies that support families.

In a 2020 analysis of top scientists, Narvaez emerged in the top 2% of scientists worldwide. Of the eight million scientists in the world, the analysis concerned those who had at least five articles published in scientific journals between 1996 and 2017-- over six million scientists. Individuals were ranked according to various criteria, including number of citations of their work.

Narvaez’s book, Neurobiology and the Development of Human Morality: Evolution, Culture and Wisdom, was chosen for the 2017 Expanded Reason Award from among more than 360 total entries from 170 universities and 30 countries. Narvaez received the prize, including a substantial monetary award, at the Pontifical Academy of Sciences in Vatican City on September 27, 2017. The book also received the William James Award from the American Psychological Association in 2015.

Narvaez hosted interdisciplinary conferences at the University of Notre Dame regarding early experience and human development in 2010, 2012, and 2014. In 2016 she organized a conference on Sustainable Wisdom: Integrating Indigenous KnowHow for Global Flourishing. (Click on the links to see the full conferences in video on the Evolved Nest's YouTube Channel.)

She is the author or editor of numerous books and articles.

She is the president of the venerable American nonprofit, Kindred World, a contributing editor to Kindred, the first global eco-parenting magazine, an advisory board member of Attachment Parenting International and the Association for Pre- and Perinatal Psychology and Health, APPPAH.

She is former executive editor of the Journal of Moral Education.