4 Surprising Benefits Of Taking Your Baby For A Walk 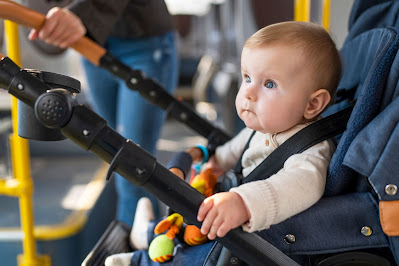 It’s a parent’s instinct to be protective over their kids. Considering how small and delicate they are, anything can disturb them. Even the slightest change in temperature could affect them. But be that as it may, children – especially babies – deserve to see what life has to offer. And they can’t do that while they’re stuck indoors.

One way to ease your baby into the outside world is by taking them for a walk. Granted, you’ll be doing most of the walking since it’ll take a while for kids to learn how to move around independently. But with the right pram, you can stroll wherever you want while rolling your baby around. While taking the time to stretch your legs is good for you, babies also benefit from this little trip, despite looking like they’re not doing much.

Exercise is an excellent source of stress relief. Since the parent is the one doing the walking, they’re bound to feel its effects once they have a restful sleep later. Admittedly, some people might doubt how walking around can help babies, considering they’re not exerting themselves too much in their stroller. But little did they know, babies are still getting stimulated in a way that’s suitable to their development.

Taking them out for a walk outside is the only way babies can see a different world up close. After all, there’s only so much toys and gadgets can do to hook them in. With all sorts of scents and sights stimulating their senses, it’s only natural for babies to get all tuckered out in their newborn prams. If you take them out for another walk right before dark, their exhaustion could reach until nighttime, which helps adjust their sleeping schedule.

As much as parents hate it, getting sick is only natural in a baby’s life, particularly with colds or flu. Given their age, their immune system is still in its early stages, making them susceptible to germs and bacteria. However, while it’s a natural response for the parent to shelter their child from those foreign organisms, doing so will merely hinder their body’s natural defense system from developing further.

Naturally, there’s no need to bring up just how dirty it is outside. With so many people milling about and different animals running free, the open air is the perfect breeding ground for the same elements you don’t want around your baby. But little did you know, bacteria and germs are exactly what they need.

For those unfamiliar with how the immune system works, it only gets reinforced from exposure to foreign organisms. With this logic, the more frequently babies get sick, the better their immunity is working. Although it goes against your instincts, exposing them to the outside world builds up their immune system, thus enabling you and your baby to develop a healthy lifestyle in the long run.

How babies function closely resembles sponges; they love absorbing any new information they come by. Naturally, they’re not satisfied with only looking at that new object. If they want to process it to its full extent, babies will reach out and touch it—maybe even grab it to examine it up close.

That’s why it’s best to take it slowly when walking around with a baby. Since everything’s still new to them, they want to take their time studying whatever new specimen they come by, whether it’s a rock or a crack on the sidewalk. Not to mention when you happen to pass by someone you know who’s also walking their baby. Expect them to interact and play with each other the entire time. With that much muscle movement, it’s no surprise their mobility is slowly improving.

Although you’re already familiar with what’s outside your home, your baby isn’t. Therefore, as something brimming with curiosity, they’ll wonder about everything they see. After having too much stress from parenting, take this opportunity to talk to your baby; explain whatever it is they’re curious about and grow familiar with their gestures.

Even though they won’t understand half of what you’re saying, repetition and familiarity are some qualities they’ll pick up. Because of this, the part of their brain that focuses on language will develop, especially if you talk to them frequently. Hence, don’t be afraid of being vocal with them while you’re taking a walk together.

Taking your baby for a walk might seem nerve-wracking, especially for first-time parents. But as much as it goes against your instinct, remember that it’s almost impossible for a baby to grow properly without taking a peek at what’s outside. Furthermore, you’ll be surprised how beneficial it is to incorporate this habit into your day-to-day life for you and your baby. 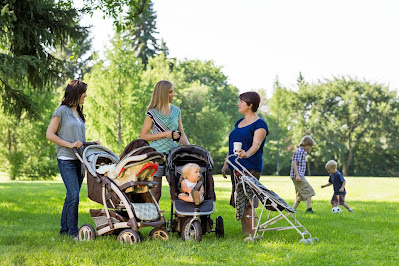