What Happens When You Get a DUI for the First Time 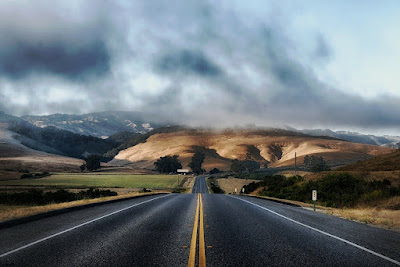 Driving under the influence (DUI) is a serious crime. It puts not only your life but the lives of other people at risk.

On top of that, getting charged with a DUI has several legal and financial ramifications. It’s important to understand these life-long impacts to know exactly what’s at stake. So here are some of the consequences you can expect after getting a DUI for the first time:

After getting pulled over for a DUI, the police will take you to the nearest police station or jail (while your car gets towed at your expense). There, they will take your mugshot and get your fingerprints. If it’s your first time, this will take longer than normal.

At this point, you’re free to contact your lawyer. Consult a criminal defense lawyer to learn what your rights are and how best to proceed. And if you don’t want to spend any time in jail, you have the option to have someone pay your bail and drive you home.

When you’re arrested, you’ll get a court summons for a DUI hearing. The ticket will include the date and location so you know exactly where and when to show up.

You’ll have the option to use your own attorney or have one appointed for you. Either way, you’ll want to cooperate with the judge and plead guilty if you are. In all states, DUIs are considered a misdemeanor.

At the hearing, the judge will give you a sentence that includes a suspension of your driving privileges. In most cases, your driver’s license is revoked.

In fact, if you failed to comply with the alcohol test when you were pulled over, then your driver’s license will have already been confiscated.

The judge may also give you a jail sentence. In some states, this is mandatory, even for first-time DUI offenders.

The jail sentence will vary depending on the severity of the case, but it could be up to 6 months. However, most are shorter and require you to complete some community service afterward instead.

Instead of getting a jail sentence, you could get placed on probation. This is a period of supervision in which you must live within certain terms set by the judge.

Though it’s better than jail time, probations will require you to also pay the cost of administering and supervising the probation.

All DUI sentences include a fine. Depending on the state, you could pay up to $1,800. And if any property was damaged or anyone was hurt while you were driving, the fine will be more.

On top of fines, you’ll have to pay for all the court costs associated with your DUI case.

Having a DUI on your record will dramatically increase your car insurance premiums. In fact, most states require you to get SR-22 insurance, which is meant for high-risk drivers. It’s usually two to three times as much as regular insurance.

In any case, it’s nearly impossible to find affordable car insurance after you get a DUI.

In some states, you may be required to get a small handheld car breathalyzer called an ignition interlock device. It prevents drivers from being able to start their car engine if they have been drinking alcohol.

You’ll be required to pay for both the device and any monthly fees associated with maintaining it.

The court may also order you to complete a drug education program. Often, this is required to get your driver’s license back.

In the program, a trained counselor will assess your alcohol habits to determine if you have an alcohol addiction. If you do, you’ll have to attend an alcohol treatment program as well.

Either way, you’ll have to pay for the class and meet certain hour requirements to pass.

It’s best never to get a DUI in the first place. It stays on your record for years and impacts your chances later on of getting a job or renting an apartment.

But if you do get a DUI, use it as a learning experience and be glad you didn’t get into a worse accident. Just try to be a more responsible citizen and driver going forward.