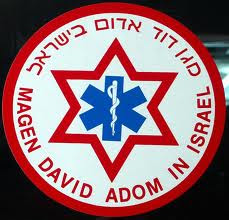 
Objective: Although circumcision is commonly believed to protect against urinary tract infection (UTI), it is not unusual in neonates in Israel, where almost all male infants are circumcised. The aim of the study was to evaluate the burden of neonatal UTI in Israel and its relationship to circumcision.

Results: 162 neonates (108 males, 54 females) were hospitalized with UTI. Mean age at admission was significantly lower in males (27.5 vs 37.7 days, p=0.0002). The incidence of UTI in males peaked at 2-4 weeks of age, i.e. the period immediately following circumcision. In females, the incidence tended to rise with age. Accordingly, male predominance disappeared at 7 weeks and the male-to-female ratio reversed. In the second part of the study, 111 males (≤T1 month old) were included: 48 post-UTI and 63 as a control group. While evaluating the impact of circumcision technique, we found that UTI occurred in 6 of the 24 infants circumcised by a physician (25%), and in 42 of the 87 infants (48%) circumcised by a religious authority; the calculated odds ratio for contracting UTI was 2.8 (95% CI: 1-9.4).

Conclusions: There was a higher preponderance of UTI among male neonates. Its incidence peaked during the early post-circumcision period, as opposed to the age-related rise in females. UTI seems to occur more frequently after traditional circumcision than after physician performed circumcision. We speculate that changes in the hemostasis technique or shortening the duration of the shaft wrapping might decrease the rate of infection after Jewish ritual circumcision.