By Jan Hunt, M.Sc.
Author of The Natural Child: Parenting from the Heart 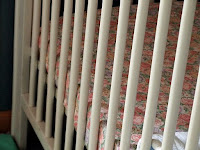 Two hundred years ago, Arthur Schopenhauer wrote that, "All truth goes through three stages. First it is ridiculed. Then it is violently opposed. Finally, it is accepted as self-evident." This observation has certainly passed the test of time. Copernicus's writings, in which he claimed that the earth moves around the sun, were banned for decades, and led to an Inquisition trial and house imprisonment for Galileo. Today, of course, the earth's orbital movement is accepted as "self-evident".

Unfortunately, child-rearing practices and beliefs in the areas of sleeping, feeding, and discipline seem to be moving in the wrong direction. Our society has moved away from trust and toward an unnatural, mistrustful, and distant approach to children. Parents who treat their children with the same love and trust that was "self-evident" for generations now face ridicule and opposition. In earlier societies, a child's need to be close to his parents during both night and day was a "self-evident truth", and the obvious way to meet that need was to provide safety, closeness and comfort. Throughout most of human history, mothers slept next to their babies, which fostered the bond between them, and encouraged and facilitated breastfeeding.

Breastfeeding babies who sleep next to their mother take in three times as much milk during the night as do isolated babies, thus enjoying a more natural nutritional pattern. Mothers sleeping next to their children are also reassured about their safety. Babies sleeping away from their parents have perished in fires, have been abused by relatives, have been abducted from their beds, have suffocated after vomiting, have been attacked by pets, and have died or been injured in numerous other ways. Many - if not most - of these tragedies might well have been averted had a parent been present and aware of the baby's welfare through the night. Family co-sleeping can also help prevent parental abuse by reducing the stress of raising babies and young children. A child in a family bed does not need to suffer needlessly or cry to bring his mother, and the mother can remain in bed and nurse half-asleep.

Research has shown that comatose adults have an improved heart rate, heart rhythm, and blood pressure when another person is present. It seems reasonable to suppose that infants and children derive similar health benefits from having others near them during the night. Many parents have found that siblings who share the night as well as the day build a deep and lasting relationship. And finally, Dr. James McKenna's sleep research, at the Center for Behavioral Studies of Mother-Infant Sleep, shows that a mother's breathing can provide important cues to her infant, reminding him to take a breath following exhalation, thus lessening the chances of a SIDS death. But the parents of long ago (and of most third-world countries today) did not need to weigh these benefits against other approaches, they simply followed their natural drive to love, protect, and nurture their children.

Why have we not followed Schopenhauer's predicted path? Why do we not abandon cribs, where so many babies have died, and many more have been injured? Why have the numerous deaths and injuries in cribs not led to a call for its abandonment, or at least a switch to "bedside co-sleepers" (partial cribs that fit next to the parents' bed)? When babies are injured in cribs, parents are never told to avoid cribs; they are told how to purchase and use safer cribs. But when a baby dies in a family bed, there is an entirely different response. Instead of being educated on safety factors, we are told never to place our babies in adult beds – period.

Rather than calling for the end to such an age-old, beneficial, and healthy arrangement, the causes of each situation should be investigated, and parents should be educated accordingly. We should be warned against the real dangers of bed sharing: intoxication, overly-medication, the use of a waterbed, loose blankets or soft bedding, gaps between the mattress and the frame, and leaving a baby unattended. If a baby dies in a car, we are never told to keep babies out of cars, we are advised about safety measures. The same approach should be taken with co-sleeping.

Cribs force babies to face the long night alone years before they are psychologically equipped to do so. Isolation teaches harmful lessons of mistrust, powerlessness, and despair, creating a deep sense of loneliness that no teddy bear can fulfill. Judging from the reports of adults in hypnotherapy, art therapy, and psychoanalysis, experiences of forced separation from parents in infancy and childhood are traumatic, with long-term effects on the adult personality.

Cribs, especially if located outside the parents' room, are dangerous in other ways too. An isolated baby has no protection from secret physical or sexual abuse. Night-time separation lessens the critical emotional bond between parent and child, and between siblings. Cribs keep working parents from spending the only real block of time they have left with their children.

There is probably not one baby in the world who would choose cold isolation over loving proximity if they were only given the choice. Our babies' cries and screams should be more than sufficient to convince us of the emotional harm and moral wrongness of such separation. Why do we not hear what they try so hard to tell us?

Cribs are dangerous, and prevent parents from intervening quickly in emergencies. The U.S. Consumer Product Safety Commission, the same organization that recently warned about family beds, has reported 40 to 50 crib deaths per year, and thousands of serious injuries. Their own web site is filled with warnings of the potential hazards of crib use. Yet they never consider the possibility that cribs should be abandoned. This is a nonsensical double standard that no one seems to be questioning.

Cribs are lonely cages for babies who deserve to have their age-old needs met with love and compassion. Cribs have no real benefits at all. Let's abolish them!