Cutting Boys Cuts to the Core

By Hygeia Halfmoon
Author of Primal Mothering in a Modern World, among other books
Read more from Halfmoon and check out her Cozy Cradle Baby Sling at her site here.
Posted with permission 2/09

I'm here to defend men in their right to be whole, and I don't want to hear any religious doctrine that blesses such a barbaric act. We must tackle ourselves where we least want to look - into our views about religion and how we are literally shackled to the past and to the rules which continue to be played out from one generation to the next. My dear Jewish friend, Laura Kaplan Shanley, author of Unassisted Childbirth, has something important to say on this subject:


I am so offended by circumcision that it is difficult for me to even write about it. On any given day thousands of men will meet in support groups to vent their anger over having been circumcised without a choice in the matter. Over one third of the active members of the anti-circumcision movement are Jewish. On any given day at least one hundred routine infant circumcisions will result in complications, irreversible surgical trauma, penile loss or even death. I have no problem with Jews circumcising their own as long as the 'circumcisee' is a consenting adult. A week old infant is not a consenting adult. Religious freedom is not about inflicting your beliefs on others, regardless of whether or not the other is your child. Children grow up to be adults, and many, many Jewish men are angry that they were circumcised in the name of religion.

For those who say a Jewish circumcision is more humane because the child is held by loved ones and given wine to drink, Jody McLaughlin who is the editor/publisher of Compleat Mother Magazine replies,

"Are you telling me that it is more humane to be hurt in the presence of those who supposedly love and care about you? Are you saying that it is more humane if a child's first sexual experience involving another human being is associated with blood, pain, and alcohol?"
As shocking as it may be to our western minds, little girls in other societies are routinely forced into a different form of circumcision - female clitorectomies. While the western world is condoning male circumcision with the excuse of cleanliness, other cultures are cutting out the clitoris of each and every young girl, assuring death to the power of female sexual pleasure. I am eternally grateful to organizations such as NOCIRC who work to save infants and children from the pain, torture, and destruction of genital mutilation. We need to stop the horror of sexual mutilation wherever it occurs on our planet. 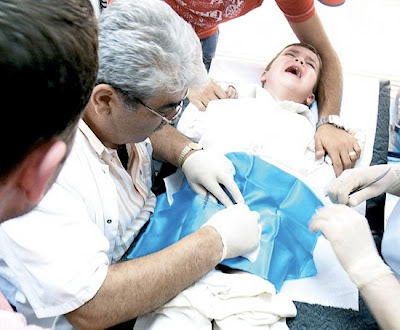 It seems only fitting that we should next touch on the subject of sexuality. One aspect of the anger that is addressed in support groups comprised of circumcised men is sexual sensitivity. Their non-circumcised counterparts are enjoying a level of sexual pleasure unknown to victims of the knife.

The foreskin acts as both lubricant and masseuse during intercourse, creating a highly stimulating sensation. As a mother, I can attest to this difference between circumcised and non-circumcised males because my three-year-old intact son absolutely loves pulling and stretching his foreskin, a gleeful pride in his eyes and a smile on his face. I don't see this self-nurturing behavior in the lives of toddler victims of circumcision. 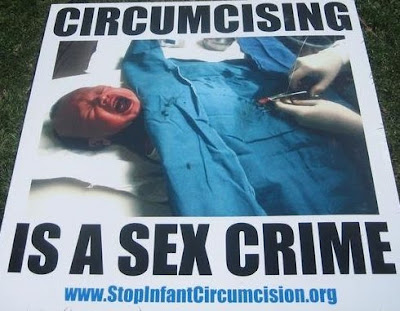