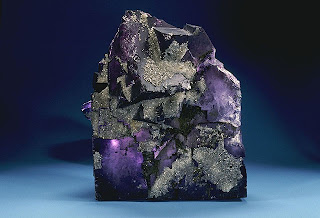 It just became easier to say "No thanks!" to fluoride supplements. Fluoride drops, tablets, and vitamins are more likely to damage children's teeth than to prevent cavities, according to mainstream dental groups such as the Canadian Dental Association and the Western Australia Health Department's Dental Service. Both organizations have stopped recommending regular fluoride supplementation.

Routinely prescribed to US children who don't drink fluoridated water (starting with toothless six month olds), fluoride supplements were never tested for safety and efficacy by the US Food and Drug Administration (FDA).1 These supplements are one category of many different medications the FDA officially "grandfathered" in, meaning they were sold before drug testing was required by law.

Current research shows that many of the old fluoride studies were flawed. Fluoride's benefits are merely topical, not systemic, as was once thought. Moreover, ingested fluoride can result in unwanted side effects, including dental fluorosis-spotted, stained, or pitted teeth.

Brian A. Burt of the University of Michigan School of Public Health states that, "Fluoride supplements should no longer be used for young children in North America...the risks of using supplements in infants and young children outweigh the benefits."2

The CDA urges that no fluoride supplements be used until the permanent teeth appear at around age six or seven, when the risk of fluorosis is diminished, and then they should be given only to children with a high risk of cavities. How do parents and dentists know who is at risk? The most consistent predictor of cavities in children is past cavity experience, reported a recent National Institutes of Health panel.5

Still, the CDA advises that all fluoride sources be tallied up first, an almost impossible task, and that only lozenge-type supplements be used for high-risk patients; such supplements stay in the mouth a long time, bathing the teeth the way fluoridated water does on its way to the stomach.

"The notion that systemic fluorides are needed in nonfluoridated areas is an outdated one that should be abandoned altogether," says Canada's leading fluoride authority, Hardy Limeback, head of the Department of Preventive Dentistry at the University of Toronto and past president of the Canadian Association for Dental Research.7 The Western Australia Health Department's Dental Service reports, "Regular fluoride supplement use has also been associated with elevated risk... of acquiring mild dental fluorosis, even in areas without fluoride in the drinking water... Dental Services staff won't normally advise any child patient to use fluoride supplements."8

Why, then, does the American Dental Association continue to recommend fluoride supplements? Dental professionals are extremely reluctant to speak negatively about their sacred cow, fluoride. Fluoridation has given organized dentistry political viability, helped establish the National Institutes of Dental and Craniofacial Research, and provided a bundle of research dollars.

As a result, we have fluoridated foam, varnish, dental sealants, cements, filling material, bonding material, floss, toothpicks, toothpaste, mouth rinse, vitamins, drops, lozenges, pills, rubber bands and adhesives for braces, chewing gum, gels, and dental office treatments-and children who are overfluoridated. Even when fluoride is not swallowed, some of it gets absorbed into the body via the mouth's mucous membranes. Nobody knows how much. 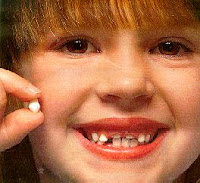 Most dentists do not think that fluoride is harmful. Many sincerely believe what they were taught in dental school and prescribe fluoride for their own children and grandkids. But even the fluoridation of water may be a mistake. In the early 1900s, researchers found that people who drank water high in natural calcium fluoride had discolored teeth. Puzzled as to why the same people also seemed to be without cavities, dentists deduced that, since tasteless, odorless fluoride in the water supply discolored teeth, it must also be what stopped tooth decay.9, 10 They overlooked other water nutrients such as calcium (today a recognized tooth and bone builder) that may have been the real decay-preventing hero.

Although dentists didn't know how fluoride thwarted decay, starting in 1945 public officials added sodium fluoride (now mostly silicofluorides) to community water supplies at about one part per million. The belief was that one milligram of fluoride, ingested daily by children under nine years old via one liter of water, would ensure that developing teeth would be decay resistant. This concept gave birth to fluoride supplements. Children who couldn't get their daily fluoride dose from water were prescribed pills. A one-shot dose, however, is more apt to create dental fluorosis11 than the slow ingestion of fluoride in tap water over the course of a day. Absorbed fluoride gets inside the tooth via the bloodstream and alters the tooth structure, and it can create dental fluorosis.12 Swished or brushed-on fluoride, in comparison, bonds to outer enamel as a cavity shield, experts say.

Today, 60 percent of Americans drink fluoridated water,13 and 100 percent of us consume fluoride through our food, air, and dental products.14 The most popular fluoride supplement, Luride, grossed about $2.5 million in sales in 1999.15

Many children are now ingesting and inhaling more than one milligram of fluoride daily, even without drinking fluoridated water or taking fluoride supplements.16 So it is not surprising that fluorosis rates have increased to over 80 percent in some fluoridated communities.17 "We are now spending more money treating dental fluorosis than we would spend treating new decay if water fluoridation halted," says Hardy Limeback.18

British researchers reported in the British Medical Journal that fluoridation has overstated benefits and puts children at high risk of developing dental fluorosis.19,20 Even more alarming is the possibility that fluoridation is an unnecessary risk. The Ontario, Canada, Ministry of Health reports, "[N]o Canadian studies provide evidence that water fluoridation is effective in reducing decay in contemporary child populations."21

Tooth decay is an epidemic in certain US populations, whether or not they live in fluoridated cities.28 Eighty percent of decay happens in 25 percent of the population, most of them poor and minorities. Well-meaning but misguided dentists and hygienists are still pushing to get 75 percent of the US fluoridated by the year 2010, primarily because they believe it will help poor children. The reality is that four million poor children suffer needless dental pain every year that interferes with their eating, learning, and sleeping.29 One problem is that dentists want more money to actually treat poor children.30 Well-nourished children who practice good dental hygiene usually have the least decay.31

2. Brian A. Burt, "The Case for Eliminating the Use of Dietary Fluoride Supplements for Young Children," Journal of Public Health Dentistry (Fall 1999): 269.

8. "Is there a need for fluoride supplements?," Health Department of Western Australia, Dental Services. www.q-net.net.au/~riordan/Text%20files/Fsupps.html [1]

10. "The Story of Fluoridation, " National Institute of Dental Research. www.nidcr.nih.gov/news/fluoride.htm [2]. Also see www.earthlife.org.za/factsheets/fs-flouride.htm [3] for a discussion of calcium and fluoride.

15. IMS Health, a company that provides information to the pharmaceutical and healthcare industries.


Carol S. Kopf, a health writer, has had articles published in the British Medical Journal, Newsday, American Health for Women, Reuters Health Information Services, Onhealth.com, and Web MD.com. She spearheaded a campaign that ended 29 years of water fluoridation in her town, Levittown, New York, in 1983.