Plastics: Out of the Mouths of Babes

Before the birth of my daughter three years ago, I was pretty sure I had everything I would ever need: Cloth diapers? Check. Sling? Check. Cute little onesies? Check. Those were the easy things, the ones on nearly everyone's list. But what about phthalate-free teething rings? Or baby bottles made without bisphenol A? Back then, they certainly weren't on my radar, let alone my checklist. But in light of recent reports about the dangers of two chemicals widely used in some children's products, if you're expecting or have young children at home, you might want to consider putting them on your list.

There's a general misconception that, because a chemical is used in a product intended for children, it must be safe. Sadly, this isn't the case—at least not in the US. The Toxic Substances Control Act of 1976, which enables the regulations of chemicals, lists 81,600 chemicals registered for commerce in the US. According to Green Chemistry in California, a 2006 report from the California Policy Research Center, "TSCA does not require chemical producers to generate and disclose information on the health and environmental safety of these chemicals. . . . The result is an enormous lack of information on the toxicity and ecotoxicity of chemicals in commerical circulation."1 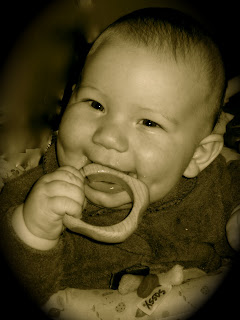 Phthalates (pronounced THAY-lates), a class of chemicals used to make polyvinyl chloride (PVC) plastic soft and flexible, can be found in such products as toys, teething rings, shower curtains, lotions, and cosmetics. Exposure to phthalates has been linked to cancer, infertility, premature breast development in girls,2 and genital birth defects in boys.3 Young children can be exposed to phthalates by chewing on plastic toys, or through skin contact with lotions and shampoos that contain them.

A recent study by the Centers for Disease Control (CDC) found that 75 percent of the participants tested had detectible levels of phthalates in their bodies.4 This finding has triggered alarm among some scientists because exposure to phthalates—which are known to interfere with the body's own hormones—can result in birth defects and developmental delays in babies born to mothers who were exposed during pregnancy.

Dr. Shanna Swan, professor and associate chair for Research in the Department of Obstetrics and Gynecology and director of the Center for Reproductive Epidemiology at the University of Rochester School of Medicine and Dentistry, found that baby boys born to mothers with high levels of phthalates had increased rates of a genital defect that had previously been seen only in lab animals.5

Bisphenol A (BPA) is used to make hard, clear, polycarbonate plastic baby bottles and other containers. It is also used in dental sealants and in the lining of food and beverage cans. BPA mimics the hormone estrogen, and may interfere with brain-cell development,6 as well as with biological processes that rely on estrogen, such as ovulation and reproduction. Studies have shown that BPA leaches out of polycarbonate containers7 and metal cans,8 and have linked exposure to BPA to cancer, impaired immune function, early puberty, obesity, diabetes, and hyperactivity, among other problems.9 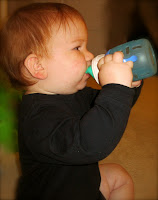 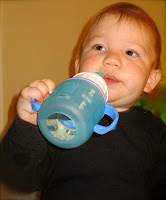 The Lowdown on "Low-Dose" Exposures

This year, the advocacy group Environment California released a report titled "Toxic Baby Bottles," which revealed that bisphenol A leached from the five leading brands of baby bottles tested. The test was designed to mimic the stress baby bottles undergo from repeated use and washing, by heating bottles to temperatures consistent with those reached in real-world dishwashers.10 The results: All five bottles were found to leach BPA at levels shown to cause harm in laboratory animals. To date, more than 150 government-funded studies have shown health effects in animals—at extremely low doses of BPA—sometimes 2,000 times lower than the Environmental Protection Agency's (EPA) safe levels, according to Frederick vom Saal, endocrinologist at the University of Missouri.11

This flies in the face of conventional wisdom when it comes to establishing a so-called "safe level" of exposure to BPA. According to the Environment California report, the assertion that harm can be caused only by high levels of a chemical is outdated thinking. If not revised to take into account the latest findings, such thinking could result in great harm to public health.

The American Chemistry Council (ACC), on its website www.bisphenol-a.org [1], refutes the theory of low-dose effects by saying that a person would have to consume "more than 1,300 pounds of food and beverages in contact with polycarbonate or more than 500 pounds of canned food and beverages every day for a lifetime" before they would exceed safe levels established by the EPA.12 Both the Juvenile Products Manufacturers Association (JPMA) and the Toy Industry Association (TIA), trade groups representing toy manufacturers, claim that media reports about toxic toys are sensational and serve only to frighten parents. The TIA asserts that there simply isn't proof that "any person has ever been harmed by the presence of phthalates in toys."13

Industry might not be buyingthe science supporting the low-dose effects of phthalates and BPA—but what about the public?

Angelina Grab, mother of nine-month-old Isaac, is taking no chances. The California mother showed up at a committee hearing in San Francisco in March 2007 to add her voice to those calling for the regulation of phthalates and BPA.

Grab says she's doing what she can to avoid unnecessarily exposing Isaac to phthalates and BPA by opting for wooden toys over those made with PVC, and switching to bottles made of polypropylene, a safer plastic. She expressed frustration at manufacturers' and retailers' refusal to act in the face of scientific studies that indicate harm. "I find it maddening that manufacturers and business owners, some of whom are parents themselves, would knowingly produce or sell "toxic merchandise that would harm" a developing human being."14

Parents aren't the only ones weighing in on the issue. The Whole Foods chain of supermarkets, purveyor of natural and organic foods, recently cleared from its shelves some products containing phthalates and BPA. Quality Standards Coordinator Joe Dickson has the task of ensuring that the products sold in Whole Foods stores are consistent with the company's ethos of health and sustainability: "We made the decision not to sell baby bottles or products marketed to children that contain BPA and phthalates." The decision, he says, was based on the worrisome body of science indicating that the chemicals posed a risk to children's health.15

Dickson adds that although the consensus didn't seem to be "damning" of those materials, Whole Foods decided to move away from products containing phthalates and BPA anyway as a precaution, because it is children who are most sensitive to their potential effects. The move was relatively straightforward because of the availability of phthalate-free and non-polycarbonate alternatives—the demand for which, he says, has increased significantly.

Other companies are benefiting from consumers' heightened concern. A representative of Evenflo, which makes glass baby bottles in addition to bottles containing BPA, notes that sales of their glass bottles went up in the weeks following the release of the Environment California report; one retailer saw a tenfold increase over the previous month's sales.16 Born Free, a popular brand of BPA-free bottles, recently unveiled a glass bottle of its own.

The bandwagon is filling. Even Medela, whose bottles and breast-pump accessories apparently never contained BPA in the first place, recently felt the need to "remind consumers" of this fact by issuing a press release. Carolin Archibald, VP of Marketing and Product Management for Medela, says that although the products themselves aren't changing, they will sport a new label, informing customers that Medela products are "100% safe plastic for mom & baby (bisphenol A-free)."17 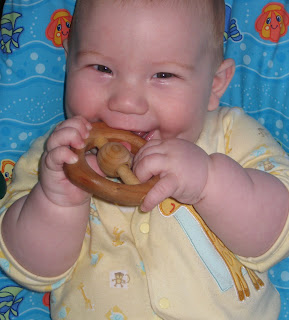 "Not nearly enough," declares Terry Collins, professor of Green Chemistry at Carnegie Mellon University in Pittsburgh, Pennsylvania. Collins, who spoke recently at a Women's Environmental Health conference, believes that "the government is failing very badly" in its obligation to protect public health.18

The European Union has banned phthalates in toys and products intended for children under the age of three. Not the US. "There is a double standard where companies are making safer products in other countries and selling more hazardous products in the US. American kids still suck on vinyl toys that leach phthalates when safer alternatives are readily available," says Lois Gibbs, Executive Director of the Center for Health, Environment, and Justice, a group working to phase out PVC products.19

Although the US hasn't weighed in on the issue at the federal level, several states have introduced legislation that would ban or limit the use of phthalates and/or BPA in children's toys, including California, Maryland, Maine, Minnesota, New York, and Oregon. To date, however, no government has moved to ban BPA outright—at least not yet. Last year, the Canadian government labeled BPA "inherently toxic" and placed it on a list of 200 chemicals currently under review for health effects.20 A final ruling is likely still years away.

While in July 2006 the city of San Francisco did ban the use of phthalates and BPA in products intended for kids under the age of three, the ban on BPA was repealed in a subsequent amendment. The city reserved the right to reconsider a BPA ban in a year, if the state Legislature had not taken action.21 Some in the chemical industry, however, maintain that the repeal of the ban only proves that the case against BPA is weak.

The chemical industry shouldn't be too quick to claim victory. In August 2007, the National Toxicology Program Center for the Evaluation of Risks to Human Reproduction expressed concern that fetal and early childhood exposure to BPA posed some risk for neural and behavioral harm.22 In addition, the National Institutes of Environmental Health Sciences is currently reviewing the available scientific studies of BPA and is expected to release its findings in the next six months. Environmental Health advocates hope that the evidence will point to the need to regulate BPA. But parents concerned about the risk to their children's health from exposure to BPA needn't wait until the smoke clears before switching to safer alternatives.

Renee Hackenmiller-Paradis, a mother and the Program Director for Environmental Health at the Oregon Environmental Council, concedes that avoiding phthalates and BPA might seem an impossible task for parents because the chemicals are everywhere. "It is very difficult to completely avoid them. I do check recycling codes, avoiding 3, 6, and 7 plastics." When buying plastic toys and teethers, Hackenmiller-Paradis recommends choosing products from companies that have phased out phthalates, such as Brio, Gerber, and Evenflo. She cautions, however, that many of the phase-outs have occurred only in the past few years, and that older products from these firms may still contain phthalates. She recommends contacting the manufacturer directly if in doubt.23

Perhaps the most important thing parents can do is to raise their concerns about toxic chemicals in children's products with retailers and manufacturers, which can help drive the move to safer alternatives. The surest way to rid the marketplace of products harmful to our children is to exercise the power of our pocketbooks. Companies will soon realize that continuing to sell products made with toxic chemicals can be toxic to their own bottom lines.

Natural, Wooden, and Non-toxic Teethers and Baby Toys can be found at Amazon or at Nova Natural, Palumba, The Wooden Wagon, Three Sisters Toys, Willow Tree Toys, Hazelnut Kids, Oopma, Child Trek, and many others.
BPA-Free plastic bottles, sippy cups, teethers, gum brushes and hearty glass bottles and sippy cups are made by Born Free and can be found at their site or at Babies R Us and on Amazon.