C-Section NOT Best for Breech Birth 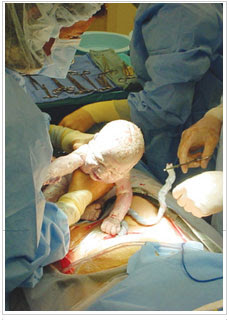 Physicians should no longer automatically opt to perform a cesarean section in the case of a breech birth, according to new guidelines by the Society of Obstetricians and Gynecologists of Canada.

Released yesterday, the guidelines are a response to new evidence that shows many women are safely able to vaginally deliver babies who enter the birth canal with the buttocks or feet first. Normally, the infant descends head first. “Our primary purpose is to offer choice to women,” said André Lalonde, executive vice-president of the SOGC. “More women are feeling disappointed when there is no one who is trained to assist in breech vaginal delivery,” he adds.

Since 2000, C-sections have been the preferred method of delivery in breech births. Studies suggested that breached births were associated with an increased rate of complication when performed vaginally. As a result, many medical schools have stopped training their physicians in breech vaginal delivery. The problem now, according to Dr. Lalonde, is that there is a serious shortage of doctors to teach and perform these deliveries.

With the release of the new guidelines, the SOGC will launch a nationwide training program to ensure that doctors will be adequately prepared to offer vaginal breech births.

The new approach was prompted by a reassessment of earlier trials. It now appears that there is no difference in complication rates between vaginal and cesarean section deliveries in the case of breech births. News of the change is a boon for the Ottawa-based Coalition for Breech Birth. “We're really, really pleased,” said Robin Guy, co-founder of the coalition.

Ms. Guy started the group after the birth of her second child in the fall of 2006. Although she had given birth to her first child at home with a midwife, Ms. Guy delivered her daughter in the hospital because of the baby's breech position. “I was cornered into an unneeded and unwanted C-section because the obstetrician that I had didn't have the experience to catch her,” said Ms. Guy.

The aim of the coalition is to ensure that women know what their options are when it comes to breech birth. Ms. Guy believes that many women don't realize that vaginal breech births are even possible.
“Educating women is our primary goal because it takes more than just a guideline change,” she said.
The SOGC stresses that because of complications that may arise, many breech deliveries will still require a cesarean section.

Breech presentations occur in 3-4 per cent of pregnant women who reach term. That translates to approximately 11,000 to 14,500 breech deliveries a year in Canada.

The new decision to offer vaginal breech birth aligns with the SOGC promotion of normal childbirth – spontaneous labour, followed by a delivery that is not assisted by forceps, vacuum or cesarean section. In December of 2008, the society release a policy statement that included its recommendation for a development of national practice guidelines on normal childbirth.

“The safest way to deliver has always been the natural way,” said Dr. Lalonde. “Vaginal birth is the preferred method of having a baby because a C-section in itself has complications.” Cesarean sections, in which incisions are made through a mother's abdomen and uterus to deliver the baby, can lead to increased chance of bleeding and infections and can cause further complications for pregnancies later on.

“There's the idea out there in the public sometimes that having a C-section today with modern anesthesia and modern hospitals is as safe as having a normal childbirth, but we don't think so,” said Dr. Lalonde. “It is the general principle in medicine to not make having a cesarean section trivial.”

The SOGC believes that if a woman is well-prepared during pregnancy, she has the innate ability to deliver vaginally. 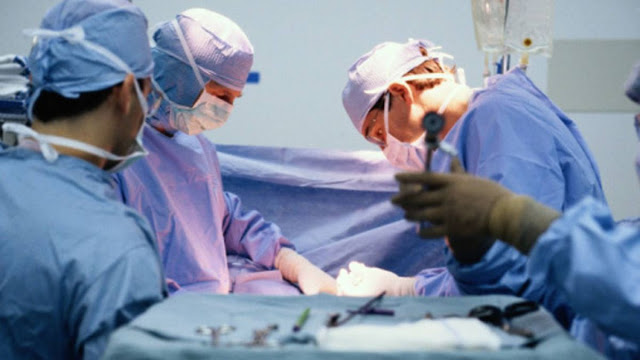 Pregnant Moms Due This Year: FB.com/groups/DueDateGroup