Circumcision: What I Wish I'd Known


The following is written by one of our heroes, Marilyn Fayre Milos, who is the founder of the National Organization of Circumcision Information Resource Centers.

It seems, through Milos' life's work that she is the exact antithesis of the type of person Martin Luther King, Jr spoke of when he declared that, "He who passively accepts evil is as much involved in it as he who helps to perpetrate it. He who accepts evil without protesting against it is really cooperating with it." Because of her own bravery and honesty and ability to grow, both as a mother and a birth/babies' advocate, Milos recognized the wrong in what was done to her own sons, and forever changed the world for countless others as a result. What an amazing woman she is!

I didn't know what circumcision was when I consented to have my three sons circumcised.

My doctor had told me the surgery was a necessary health measure, that it didn't hurt, and that it only took a moment to perform...like cutting the umbilical cord, I thought. I certainly wasn't prepared when, in nursing school several years later, I saw the surgery for the first time. 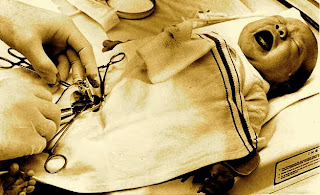 We students filed into the newborn nursery to find a baby strapped spread-eagle to a plastic board on a counter top across the room.

He was struggling against his restraints - tugging, whimpering, and then crying helplessly.

No one was tending the infant, but when I asked my instructor if I could comfort him she said "Wait till the doctor gets here." I wondered how a teacher of the healing arts could watch someone suffer and not offer assistance. I wondered about the doctor's power which could intimidate others from following protective instincts. When he did arrive, I immediately asked the doctor it I could help the baby. He told me to put my finger into the baby's mouth; I did, and the baby sucked. I stroked his little head and spoke softly to him. He began to relax and was momentarily quiet.

The silence was soon broken by a piercing scream - the baby's reaction to having his foreskin pinched and crushed as the doctor attached the clamp to his penis. The shriek intensified when the doctor inserted an instrument between the foreskin and the glans (head of the penis), tearing the two structures apart. (They are attached tightly to each other during infancy so the foreskin can protect the sensitive glans from feces and contaminants.)

The baby started shaking his head wildly back and forth - the only part of his body free to move - as the doctor used another clamp to crush the foreskin lengthwise, which he then cut. This made the opening of the foreskin large enough to insert a circumcision instrument, the device used to protect the glans from being accidentally severed during the surgery.

The baby began to gasp and choke, breathless from his shrill continuous screams. How could anyone say circumcision is painless when the suffering is so obvious?

My bottom lip began to quiver, tears filled my eyes and spilled over. I found my own sobs difficult to contain. How much longer could this go on?

During the next stage of the surgery, the doctor crushed the foreskin against the circumcision instrument and then, finally, amputated it.

The baby was limp, exhausted, spent.

I had not been prepared - nothing could have prepared me - for this experience. 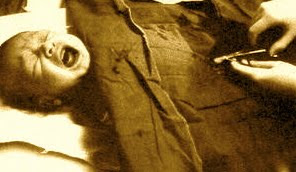 To see a part of this baby's penis being cut off - without an anesthetic - was devastating. But even more shocking was the doctor's comment, barely audible several octaves below the piercing screams of the baby, "There's no medical reason for doing this." I couldn't believe my ears, my knees became weak, and I felt sick to my stomach. I couldn't believe that medical professionals, dedicated to helping and healing, could inflict such pain and anguish on innocent babies unnecessarily.

What had I allowed my own babies to endure? And why?

The course of my life was forever changed on that day in 1979.

I have now dedicated my life to bringing an end to this horrendous practice.

"If anything is sacred, the human body is sacred."
~Walt Whitman

To read from others who have sons who were circumcised before having accurate and complete information, see I Circumcised My Son: Healing From Regret

Additional prepuce, intact care and circumcision information at: Are You Fully Informed?

If you circumcised your first son, and would like to keep future sons intact, or make a difference in the lives of your grandsons or boys born around you, please join other like minded parents on at the Keeping Future Sons Intact Facebook page or at the private KFSI group.


For those who have not yet witnessed the difference between an intact vs. circumcised newborn baby boy, here are two examples: 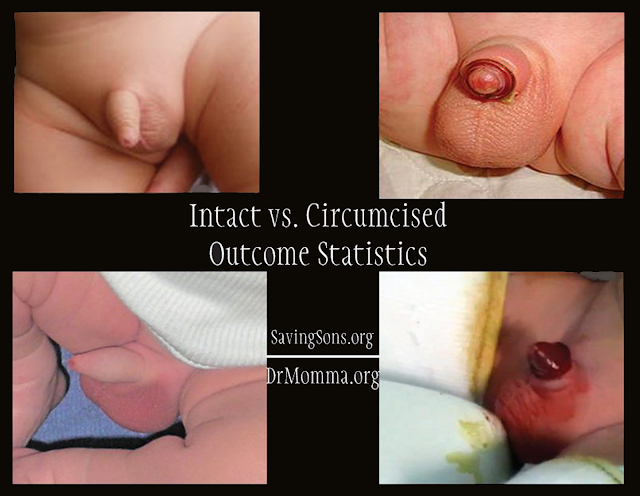 See back side of postcards or request some to share here.