How to Relieve Your Baby’s Congestion 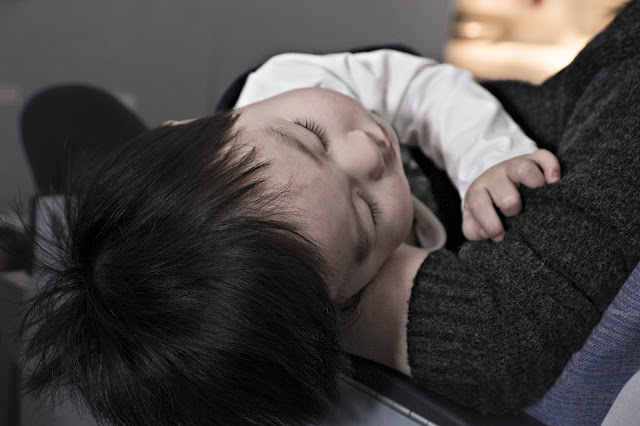 Babies have underdeveloped immune systems compared to adults, and this makes them more susceptible to infections and diseases. When your little one starts showing symptoms, you can’t help but worry if it’s an indication of something dangerous. In particular, one of the commonly occurring ones is congestion.

When the body encounters pathogens or other foreign invaders, it secretes mucus. This sticky fluid will then accumulate in the airways and nose. Too much mucus blocks these parts, making it difficult to breathe and feed. The general discomfort from the blockage can also affect your little one’s quality of sleep. And if untreated, it might lead to sinusitis.

Newborn congestion is more dangerous than infant congestion due to their weaker immune system. If your child is under three months of age, we suggest that you immediately take him/her to the doctor.

Those older than three months of age, on the other hand, doesn’t pose as much risk. Infants will commonly experience congestion because if you think about it, their passages are narrower than ours. It’s faster for these spaces to fill up with mucus compared to an adult's. However, like with any other health issues, nothing can bring you more peace if you talk to your child’s pediatrician.

A runny nose along with nasal congestion indicates common cold in babies. Depending on the cause of your baby’s congestion, you might find mucus ranging from clear, white, or yellow in color.

Difficulty in Eating and Sleeping As we have mentioned earlier, congestion is uncomfortable, and it can affect normal body functions. Babies might refuse to eat/suck because of the resulting difficulty in breathing caused by congestion. Babies may also become more restless and avoid sleeping or napping because of the discomfort.

Faster Breathing If your baby’s respiratory passages are blocked by mucus, then consequently he/she is going to breathe faster than normal to compensate for the difficulty. To give you an idea, babies normally take 40 breaths per minute. However, if your child takes more than 60 breaths per minute, it would be safer to take him to the hospital right away.

Other symptoms that may be involved with baby congestion are:

Before we go on with how you can relieve your little one’s congestion, it is important that you know what might be causing it.

There are different cold-causing viruses. And since a baby is just starting to build his/her immunity against them, he/she is more prone to catching them.

Every baby will differ in potential triggers and allergens. If you suspect that he/she has come in contact or has eaten something that might have caused an allergic reaction, visit the doctor for a test.

As unexpected as it might seem, a random object or a piece of food can get lodged in your baby’s nose. Of course, the body will treat it as a foreign invader and secrete mucus in response. However, you must not remove the object yourself, especially if it’s deep down the passage. It’s better that you take your child in the emergency room for a safer removal.

How to Relieve Your Baby’s Congestion

It’s worrisome to see your baby suffering from congestion. They have smaller passages than us so they’ll need extra help in clearing the mucus out. We are going to focus here on how you can make your baby more comfortable. At the same time, on how you can help his/her body get rid of the mucus.

Do note that these suggestions are not the sole solution or cure for congestion. Be sure to consult your child’s doctor to know if there are underlying issues that need to be addressed.

If your baby is under 6 months, you’ll have an easier time with this first suggestion. What the saline does to the mucus is thin it out, so that it’ll be easier for your child to expel it out. For younger babies, you can use a bulb syringe to remove the mucus yourself. However, this can be tricky to do, especially with babies older than 6 months.

You can ask your doctor when looking for a brand of saline solution. However, did you know that you can also use breastmilk in the same way? According to some lactation consultants, breastmilk is familiar enough for babies. This way, they wouldn’t oppose it if they happen to swallow some in the process compared to salty saline.

Now, it might be tempting to give your child cold medications, treatments, or rubs. It works effectively on adults, right? But for young children, these medications are too dangerous. Never attempt to medicate your baby with medicines unless you have the approval of his/her doctor.

Baby congestion and humidifiers are often related to each other. The reason for this is because the air moisture quality, such as dry air can worsen congestion. Parents typically look for the best baby humidifier that can safely alleviate their baby’s discomfort. In fact, some manufacturers even came up with designs and features targeted for nursery use.

Humidifiers are helpful for breathing and preventing the body from producing more mucus. If the air is dry, then the sinuses will also dry out. The body will compensate for this and produce more mucus, which is the opposite of what you want.

However, humidifiers also have some risks. The good news though is that you can avoid them with good hygiene and proper usage. Remember to keep its reservoir clean and always use distilled water to prevent white dust.

Perhaps the easiest out of these suggestions, some tender-love-and-care will go a long way in making your baby comfortable. You can do this by giving gentle pats on his/her back with him leaning slightly forward. This will help loosen the mucus for easier expulsion. You can even softly rub the bridge of your baby’s nose to soothe him/her before bedtime.

A warm, steamy bath can also make your child more comfortable. Similar to how we feel a tad better when we have a cold. This bath time also serves as your bonding moment while distracting him/her from the stuffy feeling.

Overall, these suggestions can help relieve your child with the discomfort from congestion. At the end of the day, it is best to see his/her doctor to make sure you’re not worsening or ignoring other health concerns.