Effects of Air Pollution on Pregnancy and How to Stay Safe 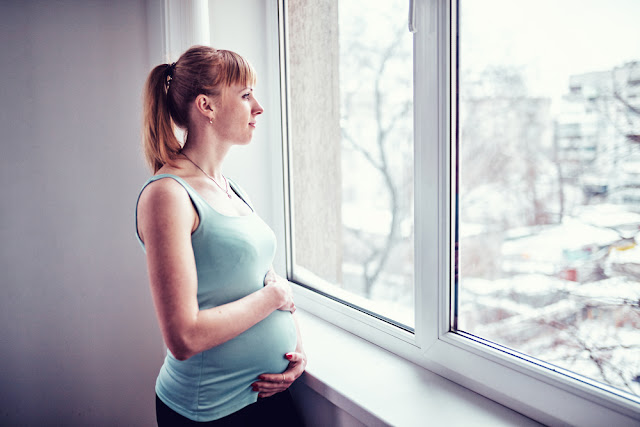 Learning that you are pregnant and expecting your first child can often be one of the most impactful moments of your entire life. After all, it marks a milestone with you and your family, with you moving forward to start a family of your own. While there are many different things to celebrate in this stage of life, there are also many more things that you need to be wary of.

Adapting to Protecting Your Child

The human body changes quite a bit during pregnancy to accommodate the growing life. Because of this, expecting women need to be a little bit more careful about what they do and where they go so that they can remain as safe as possible, and their children can be born as healthy as possible as well. Of course, it borders on impossible to expect people to avoid everything that is even mildly unsafe, but there are some things that you should try to avoid more than others.

Out of the many things that pregnant women need to avoid, most people are well aware of smoking, alcohol, and seafood. However, there are still many other things that you will need to try and stray away from as well. One of the things that you might be worried about is air pollution and how it could affect the baby inside you. Thankfully, the idea of how air pollution affects pregnancy is one that has been studied for quite a while now, which means that it is easier than ever to get an answer.

First things first though, you need to understand the basics of air pollution and what exactly it can do to your body if you are exposed to it for too long.

Understanding What Air Pollution Is

To put things simply, air pollution occurs when there are particles in the air that aren’t necessarily safe to breathe for prolonged periods of time. This means that there are many different things that can fall under the umbrella term of “air pollution.” From ozone to vehicular exhaust, second-hand smoke, and dust, there are many things in daily life that can easily be considered air pollution. In fact, people who live in major cities tend to be exposed to minor air pollution on a near-constant basis.

This doesn’t necessarily mean that it is bad for you, or your baby, but it does mean that you have to be more aware of how it affects your body. When your body starts showing signs of prolonged exposure to air pollution, that’s when you know when it is truly affecting you. It is safe to assume that if it is affecting your health, then it can affect your baby’s health as well. Because of this, you should be well aware of the signs of exposure to air pollution. More often than not, these symptoms will include the following:

As you can see, there is certainly a range of symptoms when it comes to air pollution. Typically, more severe symptoms, such as damage to the lungs and cancer are signs that your body has taken quite the beating from breathing in polluted air. On the other hand, minor symptoms, such as coughing and eye irritation, are signs that you should probably think about how you can keep yourself safe during your pregnancy.

What Are the Dangers of Prolonged Exposure to Air Pollution?

Of course, the occasional exposure to the more polluted parts of the city isn’t going to cause irreversible damage to your child. However, repeated and prolonged exposure will cause damage. This damage often rears its ugly face after the pregnancy is over, which means that you should do whatever you can while you are pregnant to keep yourself safe. One of the most common dangers of exposure to air pollution is having a low birth weight. Most newborns should weigh between six to nine pounds. Babies who are under five pounds and eight ounces are considered to have a low birth weight, which can cause a number of issues when the child is first growing.

What is more worrisome is that exposure to severe air pollution has the chance of causing a preterm birth. Depending on how early the child is born, this can be incredibly dangerous for your child. In fact, about 18% of all preterm births are caused by air pollution. There are numerous risks for children who are born before they are fully developed, which can range from permanent disabilities to neurological disorders. You should try and reduce your risk as much as possible by staying as safe as you can from polluted air.

If you have asthma, living in an area that is susceptible to air pollution can actually be extremely dangerous. As many people with asthma know, polluted air can worsen the symptoms and even trigger an asthma attack. This is already dangerous enough for your baby, but it becomes even more dangerous because asthma has been linked to causing preeclampsia. Preeclampsia causes elevated blood pressure while decreasing the function of the kidneys and liver, which can severely affect your child. As long as you take care of your asthma, your child should be fine, but this means that you should take extra care to stay as far away from polluted air as possible.

There are many other risks to being pregnant in an area that has air pollution issues, but these are arguably some of the most severe issues. Other issues that you can have include the fact that you are far more likely to have a child with autism. There have been a few studies that link air pollution to the increased chance of miscarriages, although more studies point toward lower fertility rates in both men and women.

With all of this being said, it becomes even more important for you to keep yourself safe from polluted air while you are pregnant. Thankfully, there are many ways that you can keep you, and your unborn child, as safe as possible. For one, you should always keep yourself up to date on the Air Quality Index (AQI). This will give you an idea of just how polluted the air is in your area, which should give you an idea of just how far to take these next steps to stay safe.

You can also get the best home air purifiers for your house. While it won’t completely remove all the pollutants, it will remove the majority of them. Coupled with the fact that you should stay inside as much as you can to avoid the brunt of the polluted air, a good air purifier can do a lot in terms of keeping you safe. Air purifiers will ensure that your home becomes a place where you can rest comfortably without worrying about the quality of the air. You can increase this comfort by also getting some air-purifying plants to further clean the air.