Photograph from Michele of BirthCut.com


We are strong advocates of VBAC and HBAC births for women who wish to pursue them. While it is likely a good majority of the 33% of women who are cut open on any given day in the United States to have their babies pulled from within believe that it needed to happen that way, the simple fact of the matter is that 1 in 3 babies does not actually need to be born via c-section. We are witnessing an interventions domino effect of the worst kind - one that impacts women and their health and their birth experiences, and one that impacts their babies equally as much -- their health, well being, and start in life.

Many experienced homebirth midwives have a c-section rate around 5%. The mother of modern day midwifery, Ina May Gaskin, has attended birth at home for over 4 decades and has a 1-2% cesarean transfer rate. Even in hospitals, we see c-section rates no greater than 10% when birth is left alone, not 'messed with' or induced without need -- when a woman's body and her baby are allowed to work together physiologically as they were designed to do -- in their own good and perfect timing. There are rare occasions when cesareans are needed and life saving -- and for those times, God bless good obstetricians. But these truly necessary surgeries really are just that rare - about 3% of births. Too often, when we hire surgeons for what is an otherwise natural, normal part of a woman's sexual/life cycle, what we end up with is surgery!

Dr. Marsden Wagner (MD, birth attendant, midwifery supporter, and former director of Women's and Children's Health with the World Health Organization) said, "If you really want a humanized birth, the best thing to do is get the hell out of the hospital!" Sad, but true. Just by walking into the doors of a hospital to birth, your rate of c-section skyrockets in the United States. Birth here is seriously in a state of crisis. But women who have walked down this road of major abdominal surgery to birth their first, or second, third, or even fourth babies, need not do the same for their next birth. VBAC, HBAC, VBAMC/HBAMC are safe! In fact, there are more risks (to both baby and mom) associated with each consecutive cesarean than there is with VBAC.

Women's bodies DO WORK!
Babies DO know how to be born!
We need to trust. And learn. Trust some more. And learn some more...

Here are some excellent sources to get started on this vitally important topic.

Birth After Cesarean: The Medical Facts

Vaginal Birth After Cesarean: The Smart Woman's Guide to VBAC


Books not focused exclusively on VBAC, but with important, related, relevant birth research:

Birth & Breastfeeding: Rediscovering the Needs of Women during Pregnancy and Childbirth

Pushed: The Painful Truth about Childbirth and Modern Maternity Care

Born in the USA: How a Broken Maternity System must be Fixed to put Women and Children First

Once a Cesarean, Always a Cesarean? The Sorry State of Birth Choices in America

C-Section Not Best for Breech Birth

Peaceful Parenting in the Hospital After Cesarean 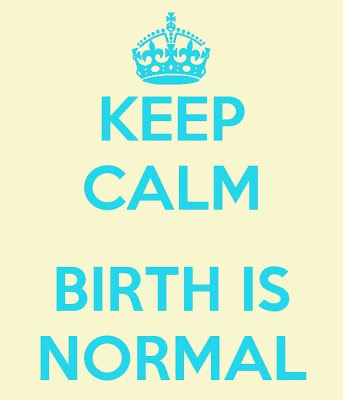 Cesarean vs. VBAC: A Dramatic Difference

One Woman's HBA3C (Homebirth after 3 cesareans):


Amanda's journey to her VBA2C (VBAC after 2 c-sections):


Another mother's journey to HBAC:


HBA3C: Our Journey to Homebirth: