The First Cut is the Deepest

A proposal to remove the foreskin of every infant boy in America on health grounds is pointless, illiberal and harmful. 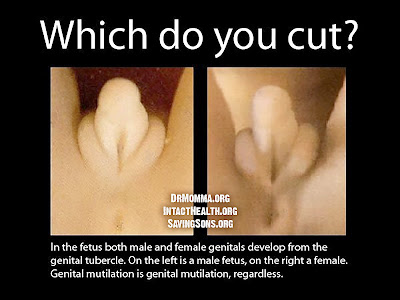 Opposition to female circumcision has become something of an article of faith for international development organizations. While there are still great and unresolved debates among policymakers and intellectuals about the importance of promoting democracy, bestowing foreign aid and mandating international standards of criminal law, everyone seems to agree that female circumcision is abhorrent and needs to be stopped.

The consensus, for once, is right: female circumcision reduces – if not eliminates – sexual pleasure, provides no apparent health benefits, and violates individual autonomy. At its core, female circumcision is a degrading and brutally unfair practice.

All of this is true of male circumcision – the removal of penis foreskin – as well. Yet, as the New York Times recently reported, the Centers for Disease Control (CDC), an arm of the United States federal government, is now considering a plan to ‘promote [the] routine circumcision’ of infant boys in the US with the aim of reducing the spread of HIV (1). This proposal is as degrading as it is illiberal.

The scientific evidence that the CDC is relying on in considering the new recommendation is laughably weak. Consider, first, the people who were the object of the study: the population group surveyed was from sub-Saharan Africa, where sexual mores and cultural conditions are utterly different from those of the US.

The study found that adult circumcision led to a modest reduction in the transmission of HIV. However, the cited research found a reduction only in the incidence of HIV transmission as a result of sex between men and women. This is an extremely rare form of transmission in the US. Most damningly, even advocates of circumcision as a means of HIV reduction concede that circumcised men still need to use condoms to protect themselves. But this simply raises the question: why remove the foreskin in the first place, then? At best, therefore, the health benefits of circumcision are marginal.

Moreover, another recent study determined that circumcision does absolutely nothing to reduce the spread of HIV amongst men who have sex with other men – the group most likely to come into contact with the virus, at least in the US (2). Self-evidently, circumcision will do nothing to combat the spread of the disease among intravenous drug users, another group beset with HIV problems. And despite the claims of medical fearmongers regarding the supposed AIDS ‘epidemic’ in the US, fewer than 500,000 Americans are living with the disease in a country of over 300million people (3). To recommend universal circumcision is a wild overreaction to this problem.

While science gives us little reason to pursue this policy, it does tell us something important about circumcision: it greatly reduces sexual pleasure. To take just one academically determined example of what is quite self-evidently true, Gregory Boyle of the University of Australia has observed that the ‘inner layer of the foreskin comprises thousands of erogenous nerve endings’. He further determined that circumcised men enjoy ‘significantly less penile sensation as compared with genitally intact men’ (4). This makes plain sense: after all, the foreskin is an erogenous zone, and removal of said zone is bound have a deleterious result on sensation. To deny men a life of sexual pleasure because of highly dubious claims of ‘health benefits’ is ethically unjustifiable. To add insult to (ahem) injury, other studies have concluded that not only does circumcision deny males pleasure, it actually causes them pain as well (5). 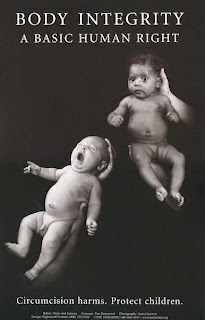 More troubling, the plan to mandate circumcision betrays an insidious disregard for individual autonomy. Indeed, even if circumcision could be shown significantly to reduce the spread of HIV, the practice of circumcising infants would remain an affront to human dignity. It denies men autonomy over their own bodies. No right-thinking person would ever endorse the involuntary circumcision of adult males – indeed, even the most vehement supporters of the practice shy away from this. Why should the case of an infant male be any different? The detriments to his life he is likely to receive as a result of the procedure will only affect him when he is an adult.

Lamentably, many American elites have ridiculed and maligned opponents of compulsory cutting. Substituting mockery for argumentation, Hanna Rosin, writing in the influential Atlantic Monthly, referred dismissively to the circumcision ‘controversy’ (note the use of scare quotes) and accused opponents of being ‘hysterical’ (6). Emily Bazelon, a senior editor at the highly respected web magazine, Slate, characterized critics as ‘crazy’ and ‘on the rabid side’ (7). It is difficult to imagine two liberal women being quite so glib about opponents of female circumcision.

Of course, the impulse to regulate personal behavior in the name of health and safety has been ascendant in Western society for some time now. But that impulse, as we have seen time and again, can go too far. If we were really to pursue such an outlook to its logical conclusion, we would demand a ban on homosexual sex, since this would result in a far larger reduction in HIV transmission than circumcision. This, most people would agree, would be ridiculous, but if any regulation is permissible in the name of health and safety, then why not simply mandate this?

The safety impulse is the same one that has brought us public smoking bans, seatbelt laws, and fees on shoppers’ use of plastic bags. And now, left unchecked, that safety impulse is set to hit American men where it really hurts. 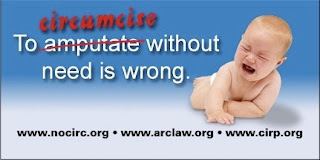 For more on this topic see:

** The Truth About Circumcision and HIV

** Female & Male Circumcision in the U.S. - The Similarities

** Functions of the Foreskin: Why You WANT to Keep It!

** For a "lighter" look: Penn & Teller Discuss the Latest

Ethan Epstein is a business writer living in Portland, Oregon.