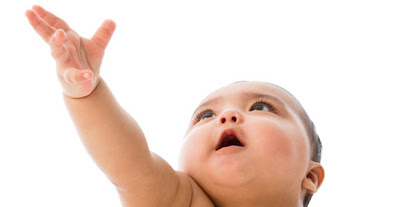 I was just passed a NY Times Bloggingheads video this morning in which 2 journalists discuss the recent news headlines on the CDC, African studies and circumcision.

Hanna Rosin is a journalist who occasionally appears on Comedy Central's The Daily Show and recently wrote the anti-breastfeeding article in The Atlantic entitled, "The Case Against Breastfeeding". Her writing tends to focus on religious-political issues and, in the past 5 years, has especially concentrated on her depiction of Christians in the United States and the 'religious right'.

Emily Bazelon is a journalist and editor for the online, web-only magazine, Slate, which is owned by the Washington Post and includes a number of people's blogs. She concentrates most of her writing on family & women's issues and (this information is only relevant to this particular blog topic) has two circumcised sons.

While Rosin herself is not exactly 'friendly' to the peaceful parenting crowd (after all, her bit on breastfeeding was about as anti-natural-family-living as you can get), she should have interviewed a doctor or professor who actually understands how to read (and critique) medical research, is up to date on accurate prepuce (foreskin) information, empirical men's-and-women's sexual health research, etc.

Bazelon's statements about the African studies being 'totally clear' and showing 'significant results' [that circumcising African men decreases HIV transmission to African women] are not entirely true and expose her own naivety on the subject at hand. It is obvious the knowledge she imparts on the topic comes from OTHER pop media news sources. Given the severe lack of validity and reliability of the ONE study done in Africa, if Brazelon had dug a little deeper, she would have found the methods used were called into question by virtually every onlooking health/medical organization in the Western world. (The World Health Organization must think our U.S. journalists are idiots.)

Bazelon also made the statement that the results showed 'significant health benefits for WOMEN' -- which, in fact, was just the opposite. The African HIV/Circumcision study was brought to an early end because too many women were becoming infected with HIV during the trial runs! I know Brazelon is all about women's issues (a great thing!) but this passion (along with having two circumcised sons) may be clouding her further investigation into this "study".

That being said, even IF in some bizarrely different universe from our own, cutting 1/3 the penis off all baby boys born saved ALL women from ALL sexually transmitted infections (which it certainly does not), this does not justify sacrificing the human rights and genital integrity of one sex for the benefit of the other.

Rosin brought up an interesting possibility on why the CDC would ever recommend something as atrocious as routine infant circumcision - an unnecessary, damaging surgery they have always taken a position against (as has the AAP, WHO, and every other world health and medical organization). Rosin stated that Medicaid no longer pays for circumcision in most states. The surgery only costs between $300-$700 depending on where you live (not to mention the frequent aftermath costs when common complications result from the prepuce amputation). But this fairly low cost does not prevent pro-cutting or uninformed parents from amputating their son's prepuce organ. It does, however, prevent genital mutilation from occurring among poor families -- those who cannot afford the cosmetic baby surgery that Medicaid refuses to pay for.

In addition, the CDC knows that on a society-wide basis, persons living in lower socio-economic brackets are more likely to engage in risky sexual behaviors, and end up contracting and spreading sexually transmitted infections. While the CDC reports these statistics quite matter-of-factly, it is not something they could openly come out and say: "We recommend only poor parents circumcise their sons just in case it helps to decrease the spread of HIV" - that would be as ridiculous as the hoopla currently resounding around this issue.

So, instead, the CDC could issue a blanket recommendation for infant circumcision - and in turn, Medicaid would again cover the costs of the amputation. Baby boys born to poor families (the ones 'we' are really afraid of in the first place) would be cut and sliced and good to go.


Oh, but wait -- why not just offer condoms to these poor families/neighborhoods/schools? And free comprehensive sex education? Maybe that's too easy. We better stick to circumcision. A genital surgery that, in fact, has been shown repeatedly by sexologists and human sexual health experts to increase sexually transmitted infection in the United States - not decrease it.


Hopefully the CDC follows suit with the RACP (Royal Australasian College of Physicians) and other developed, Western nations medical/health organizations - after all, they have the same guidelines with which they make their recommendations. To end male genital mutilation was a no-brainer in Australia. It should be here as well.


Apologies for not being able to embed the video here for easier viewing. Watch Rosin and Bazelon discuss this topic at:

A colleague of mine wrote an excellent piece on the African 'study', the CDC, and HIV when it was first thrown into media headlines last week.

And of course, I couldn't help but respond the day the NY Times opened their paper with the news.