Electric Car for Kids: Pros and Cons of Buying One 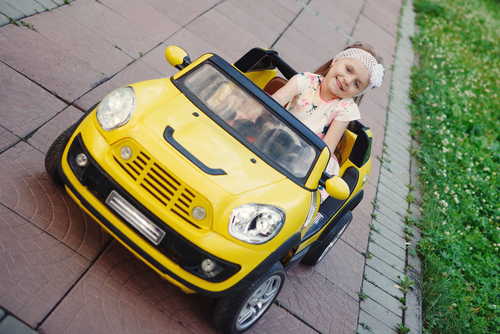 Modern ride-on toys are technologically advanced, safe, and designed to look like the real thing. Some models are even equipped with very cool features like FM radios, seatbelts, and engine sounds. If you’ve seen one of the ads on electric cars for kids, you’re probably convinced that your precious little ones will enjoy cruising around in it.

Before you go and start shopping for your beloved child’s first “car,” it pays to know what some of its pros and cons are; to determine if it’s the most suitable toy for his age.

Driving around is incredibly fun, but it’s more than just child’s play. Ride-on toy cars can be a way for your child to learn different skills that he can apply later on in life. One of these skills is being independent.

You’re not going to take care for your son and daughter forever. Sooner or later, they have to get by on their own. This is why developing independence at a young age can be beneficial.

An electric car can teach self-reliance because your little driver gets to make decisions whether to turn right or left, go uphill or downhill, and to speed up or slow down. Whatever choice they make, they have the opportunity to handle the consequences.

Kids need to know how to work with their hands, and driving an electric vehicle is an entertaining way to teach him. Good hand-eye coordination can be developed when you allow your child to interact with tools and machines like electric cars for kids. It makes him more aware of his surroundings and trains his brain and hands to respond to various situations.

When acquired at a young age, this ability can prove useful, especially if your child becomes a surgeon or painter in the future.

Like many parents these days, you may be concerned with how much time your kids spend sitting in front of the TV or tinkering with their gadgets every day. If you’ve been looking for a way to make them enjoy the sunshine more instead of being cooped up indoors with their video games, an electric car could be the answer.

Going out to play enables them to move around. Being outdoors can be beneficial for health, particularly in these times when childhood obesity is becoming an issue. Because children have higher energy levels when outside, they burn more calories and build stronger bones and muscles.

Let your child participate in doing chores like washing his car and putting it away in a designated area of your house. This will not only teach him responsibility but also builds his self-confidence because this will make him feel that he has accomplished something. Families form stronger bonds when every member is acknowledged as making a valuable contribution.

Letting your kid go electric car-riding in the park with other kids his age helps him to understand the concept of cooperation and teamwork. While traveling in a group, they decide together which part of the park to go and explore without getting in each other’s way.

If the car is a two-seater, your child will learn valuable lessons on sharing and cooperation as he takes turns with a friend in driving.

Although there’s very little chance of your kid falling off or colliding with another, a ride-on electric car has its risks. With a toy car that’s easy to turn on and operate, what parents fear most is their kids driving straight to a pool or an open road.

This concern, though, can be remedied by always supervising your child while he’s on the wheel.

The car runs on the power of a battery which needs to be recharged after every use. A fully-charged one can provide your child about an hour and a half of riding. The time can be even shorter depending on speed and terrain.

Charging time can take as long as four hours, so your kid has to practice a bit of patience before he can go zooming away again.

Your kid may be having such a great time with his car that he doesn’t ask other children to play with him anymore. Making your child happy by buying him a toy that he loves is a good thing, but he also needs to socialize and connect with his peers.

To make sure that this is done, take your child regularly to a large park where others with electric cars also play. This will allow him to spend time together with other kids

If you are considering to give your child an electric car as a gift, you have to ensure that it is the best choice for both of you. He may be the one driving and riding in it, but you also play an important role in assuring that it influences him in a positive way. 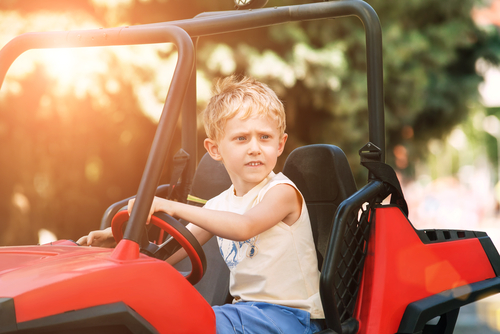