The Women Behind Healthcare: Looking at Women in Medicine 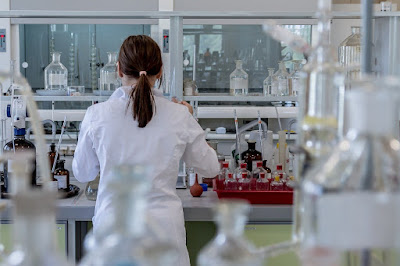 The year is 2021, and never before in our history has medicine and healthcare been so professionalized.

With more and more graduates taking on higher-level degree programs to become better qualified and better-experienced doctors, nurses, and healthcare professionals, it would be fair to say that the human race has never had healthcare so good.

So why is it then that, in 2021, roughly half of the population is still suffering from second-class healthcare?

That half of the population is, of course, women.

Women are left behind

There has been much research done to show that the state of women's specific medicine is far behind that of generalized medicine and even men's specific medicine. While most medical professionals would never go as far as to say that women are being intentionally left out of research and discoveries, it does beg the question as to why women's health seems to be such a labored topic?

Many theories have been put forward as to why women's health is left behind that of men’s health, and the most prevalent theory seems to be the lack of women in higher-level medical jobs, but is this really the case? Can we really say that in the 21st century, the gender of the person conducting the research will determine how good the research actually is?

Women's medicine has always traditionally been seen as the more mysterious side of medicine, but in today's world of science and evidence-based medicine, this should not be a prevailing attitude.

Do We Need More Women in Healthcare?

For over three decades, there has been an increasing number of women entering medicine and healthcare.

While it would seem sensible to assume that more women entering the healthcare field would eventually result in more women in leadership positions, this trend doesn't seem to have grown at quite the same speed.

There are many theories as to why there aren't more women in leadership positions, and these range from the sensible, which includes questions of personality differences between men and women, and of course, the question of how maternity is treated among healthcare professionals, to the misogynistic views that women are not as capable as men.

There are not many people working in healthcare and leadership that seriously believe that women are incapable of doing roles purely due to their sex.

The questions surrounding personality differences between men and women and the treatment of maternity leave are questions that throw up some very difficult ethical conundrums.

Of course, this is not to say that women cannot go into technical roles and that men cannot go into people-focused roles, but if the law of averages is to be taken, the distribution is very clear between the sexes.

The obvious follow-on question from that revelation is: how does the healthcare industry ensure that women in positions such as nursing are regarded at the same higher level as men in more technical positions such as clinical research?

The Case for More Women in Leadership

In recent years, the question of how leadership roles can be more evenly distributed amongst the sexes has taken an interesting turn, with newly created advanced practitioner roles, especially in areas such as nursing.

Highly experienced advanced practice nurses can now take degree courses, such as the doctor of nursing practice (DNP), to expand their knowledge and compete for higher-level jobs.

Nurses who take on a DNP qualification have many more opportunities open to them through very specific career paths. In general, students who graduate from a DNP program have the option to go into specialist nursing fields such as maternity health, family health, and geriatric health, or they may wish to take a less patient-centric role in higher-level leadership such as clinical research positions and even healthcare lobbying.

With nursing being seen as a generally more women-centric role, it stands to reason that highly qualified nurses taking on a DNP course will go into higher-level roles in the leadership, which should, hopefully, eventually improve the distribution of women in leadership positions.

Boosting women into leadership positions is an outcome that is desirable for everyone both in healthcare and from the patient perspective. Still, policies that only focus on equality of outcome rather than equality of opportunity run the risk of promoting people who have not demonstrated the correct expertise and experience to get the role; rather, they are there to fill quotas.

Studying for a DNP course, for example, is a great way for students and highly qualified nurses to demonstrate that they have the experience and the skills to be in these higher leadership positions.

The DNP course is a doctorate-level course that is equivalent to a medical doctor (MD) level of qualification. This means that advanced practice nurses who take on the DNP graduate course to doctorate level are trained to a very high standard, and the resulting qualifications cannot be disputed as merely there to fill quotas.

The DNP course itself is generally quite a flexible course. It is definitely hard work, but it is available to do online and part-time, which means that women already working in nursing and already qualified in nursing can benefit from working whilst studying for their DNP degree. This is a huge bonus to working women, and especially working mothers, who may not have the financial ability to take years out of work just to continue their studying.

When qualifying with a higher-level degree such as a DNP doctorate degree, the possibilities for higher level and leadership jobs opens up a lot more.

These jobs may include working within public health and government agencies as healthcare lobbyists who can work towards changing policies for the betterment of patients’ care. Nurses who are qualified to DNP level may also take on more in-house roles such as senior care residents, working as advanced practitioners in physicians’ offices, working as specialist caregivers in hospitals, community clinics, and mental health facilities.

The doctorate DNP level degree also allows for graduates to take on roles in teaching. It is hoped that seeing more women in professorship level teaching will give undergraduates and students working towards their higher level degree courses, such as the DNP, visual encouragement to continue on with their studying, thus improving the likelihood of seeing more women in these higher-level positions.

For doctorate DNP level nurses, options for specialized nursing careers may include:

The options for much better and higher paid career progression for nurses who have undertaken the DNP courses are much more varied, and the ability for higher qualified nurses to improve both their career prospects and their salary prospects cannot be overlooked.

Why Leaving Women Out is Bad for Women’s Health

It's not just women on the side of professional medical health care that we need to consider when we think about women and medicine together.

As much as we would like to believe that there are no differences between the sexes and that everyone should be treated equally, in medicine, it is impossible to divorce sex from specific medical treatment; this means that women, specifically, are needed to take part in medical trials and medical research in order to gain a better understanding of how specific medical conditions and medical treatments will affect women. 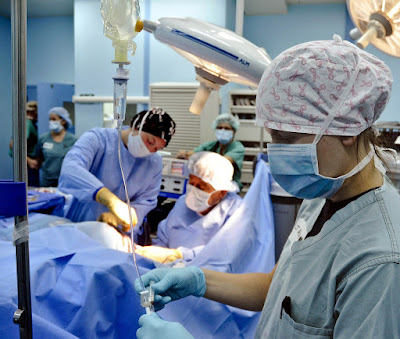