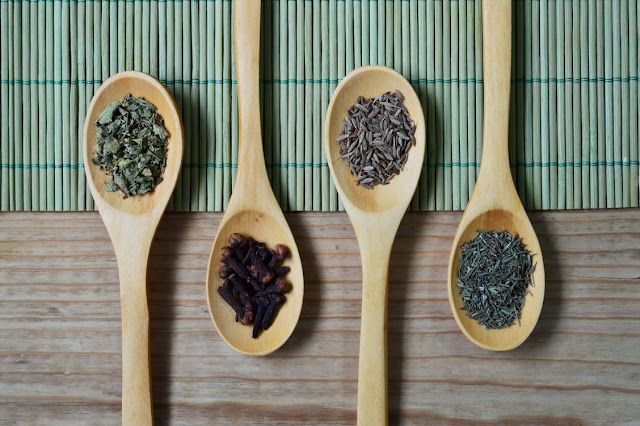 Herbs have been widely used in the kitchen as they can add flavor without any additional calories. For many years they’ve been incorporated in herbal supplements, like Samento, to serve up health benefits without the side effects.These herbs do not substitute routine checkups, but they are critical in ensuring a sensible eating plan. If you’re curious as to what herbs you can incorporate into your meals, here are some of them:

For individuals concerned about their cardiovascular health, adding a bit of rosemary in their meals could help prevent further damage to blood vessels and heart muscles. They are also critical for helping individuals deal with indigestion. Rosemary can also be used topically to reduce inflammation on the muscle and joints. One study has found carnosol, an active ingredient in rosemary, to be critical in preventing the spread of cancer.

Another one of the hearty herbs that you can whip up in your dish is parsley. It contains high levels of vitamins C, A, and antioxidants. It even has apigenin, critical for inhibiting the production and growth of cancer cells. It’s also good for regulating blood pressure. It’s one of the easiest to incorporate in any dish, since it can be used as a garnish.

Ginger is an excellent healing herb for individuals suffering from indigestion and a slew of GI diseases, such as diarrhea or nausea. In fact, a number of studies have shown the use of ginger as an effective herb for controlling nausea and vomiting among patients undergoing chemotherapy. Ginger has also been found to be useful in combating inflammation. Some people even mix fresh ginger, apple cider vinegar, garlic, and honey to help regulate blood pressure.

Cinnamon is not just a tasty addition to your rolls; it also has potential healing properties. Aside from treating various GI issues. Cinnamon’s most notable healing effect is by controlling blood sugar levels and even reducing bad cholesterol in the body. While those with diabetes may still need to stay away from cinnamon rolls, they can use cinnamon for making their cinnamon-glazed apple and baby carrots.

In addition to the flavour it provides to many dishes, garlic is also great for cancer protection. Garlic can slow down the growth of cancer cells and even combat hypertension. The next time you cook your soup, don’t forget to add garlic for a flavor boost and a health boost as well.

Chives have also been traditionally used for their healing properties, and among them is their cancer-fighting ability. Studies have found that this healing herb can help lower one’s risk of developing gastric cancer. Plus, they’re also rich in vitamins A and C.

Coriander is a great herb to add to your meals. Aside from lowering blood sugar levels, this herb is also great for increasing good cholesterol as it reduces the bad cholesterol in the body. It also has anti-fungal properties. For your Asian dinner nights, you can add coriander to your stews.

The use of nettle has been found to work in fighting arthritic inflammation. One study has found that nettle is critical in the treatment of enlarged prostate glands. While nettle may be infused in tea, this herb can also be added to soups.

Bay leaves have been a staple in many stews for colds because of their active ingredient, cineole, which can help ease the effects of sinusitis. They’re also great for making your meals flavorful.

Are you aware that the common herbs that you use for cooking have healing properties? Now that you’re aware of the numerous health benefits, consider using them in your next meal.