8 Signs Your Teen or Young Adult Is Using Drugs 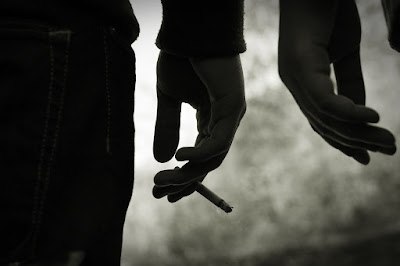 Studies show that alcohol and substance abuse among teens and young adults is on the rise. As a parent, this calls for extra attention on the well-being of your loved ones to help avoid the long-term effects of drug abuse and addiction. Here, we look at eight signs your teen or young adult is using drugs.

One of the biggest challenges of teen drug abuse is its significant cognitive effects. Since your teenager’s brain is still developing, alcohol and substance use will lead to noticeable psychological changes such as:

These mental issues should never be ignored and are best be treated as fast as possible to save your child from the long-term effects of drugs on the brain. A critical step to sobriety is enrolling them in a detoxification and drug rehab program that will empower them to lead a drug-free lifestyle.

Has your teenager suddenly changed his friend group or given up on their favorite pastime/sport? They have likely started experimenting with drugs, and you need to have a deep conversation with them. It is critical to understand that there are many issues likely to be affecting your teenage child, and a non-judgmental intervention is the best approach to helping them out.

Teenagers tend to be messy, but a sudden lack of hygiene is often a sign of drug abuse, especially if it is accompanied with:

This behavioral change is often caused by the careless attitude that young adults develop once they start using drugs. It gets worse once the addiction kicks in as it strips away personal confidence, leading to self-degradation.

If your teenager has become too closed off about their personal life and tends to stay far away from everyone, you need to be worried. This is one of the signs that your child is struggling at school or home and is likely to be seeking solace in drugs. It is also the foundation to eroding the healthy parent-child relationship you should maintain to avoid the severe consequences of feeling alone and lost, such as depression, intentional drug overdose, or suicide.

Teenagers and young adults require their freedom, but this should never be in disregard to family rules. If your young one no longer cares about simple house rules such as curfew hours, doing chores, or treating everyone with respect, there is an underlying problem. This is likely to be caused by the use of drugs plus other social or mental issues affecting them.

The variety of drugs available to teenagers and young adults is scary as most of them are packaged as legal products such as candies and cookies. In turn, your teen could be taking drugs right under your roof by simply popping drug-laced candies, which calls for extra attention on unfamiliar items in their room and around the house. These could include; unusual containers, rolling paper, capsules, aluminum foil wrappers, eye drops, balloons, seeds, and powdery substances.

Young adults are not only abusing illegal drugs but also prescription drugs. A popular trend has been to misuse painkillers and opioids used to treat chronic pain, which leads to significant changes in eating and sleeping patterns. This is a trait shared by most intoxicating substances as they lead to drowsiness, extremely high or low appetite, and sudden drop in energy levels, leaving you with a tired teenager.

Drug use ultimately leads to physical changes and health issues that your teenager cannot keep hiding. The most recognizable signs to watch out for are:

If you notice any of these signs alongside other behavioral changes, then it is time to get addiction help for your teenager.

Since you cannot wish teen drug use away, you have the mandate of saving your young ones from the shackles of addiction. Watch out for these alcohol and substance use signs so you can address the problem and give your young ones the future they deserve.